The past 72 hours have been among the busiest of the year! Proctor's Board of Trustees gathered on campus for their February Board Meeting, we welcomed alumni back for our annual Alumni Hockey Game, hosted a record-setting American Cancer Society Fundraiser in the Teddy Maloney '88 Hockey Rink, celebrated skiing at Proctor with the 10th Annual Proctor Ski Area Event, hosted back to back ski races, and hunkered down as Winter Storm Orson hammered campus all day Sunday. Today, we (thankfully) are able to downshift and enjoy Head's Day! Check out a recap of the weekend in images below!

Proctor's Board of Trustees invests countless hours into ensuring Proctor Academy's future is as bright as its past and present. The diverse talents within the group is almost as impressive as their unwavering dedication to our school. This weekend, the Board wrestled with setting tuition rates for the 2017-2018 school year and made some important decisions around The Campaign for Proctor. Stay tuned for more information coming out soon on both these topics! 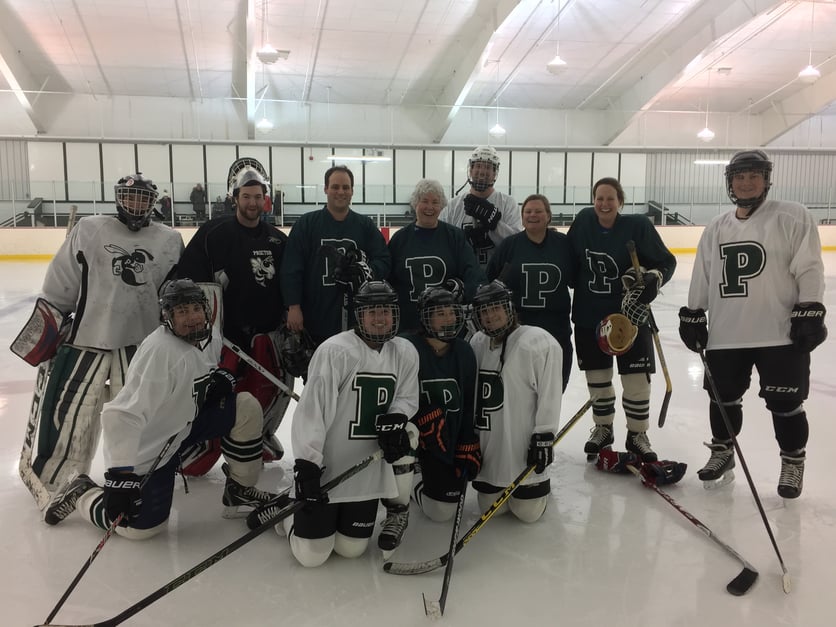 While numbers for this year's Alumni Hockey game were light, members of the junior varsity boys and girls hockey teams jumped into the game! Many thanks to Ebby Gerry '09, Hunter Churchill '01, Alex Estin '83, Caroline Heatley '91, and Whitney Sowles '92 for making the trip back to campus!

Immediately following the Alumni Hockey game, Proctor's boys' varsity hockey team took the ice versus Kents Hill School. The Hornets buzzed to a 7-1 victory, but perhaps the most impressive showing of the evening was the $6,561.11 raised by members of the boys' hockey team (including an intermission Chuck-A-Puck competition) to support the American Cancer Society, the highest team amount raised in New England this year!

As games wrapped up in the Farrell Field House and the Teddy Maloney '88 Hockey Rink, students and faculty transitioned to the Proctor Ski Area for the 10th Annual Proctor Ski Area Celebration. This community-wide event celebrates the unique role Proctor plays in the ski world by opening the Bill Paine '52 Nordic Center and alpine trails to everyone in the community. 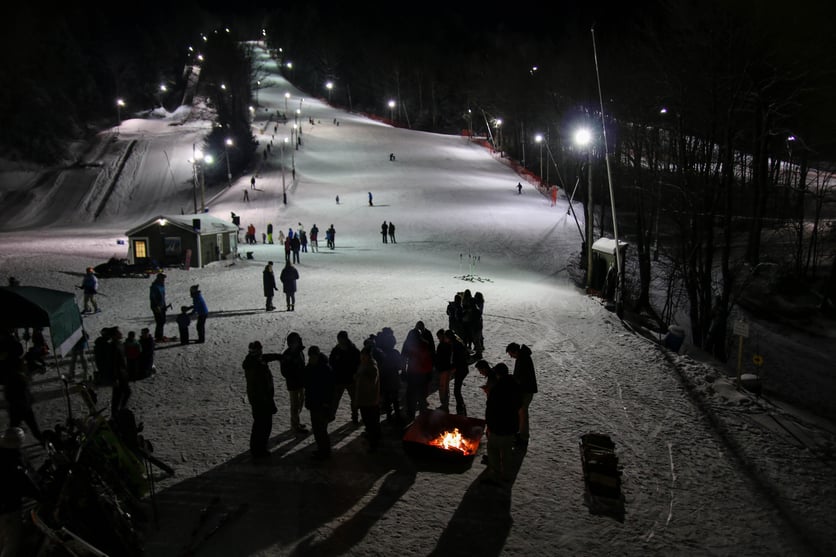 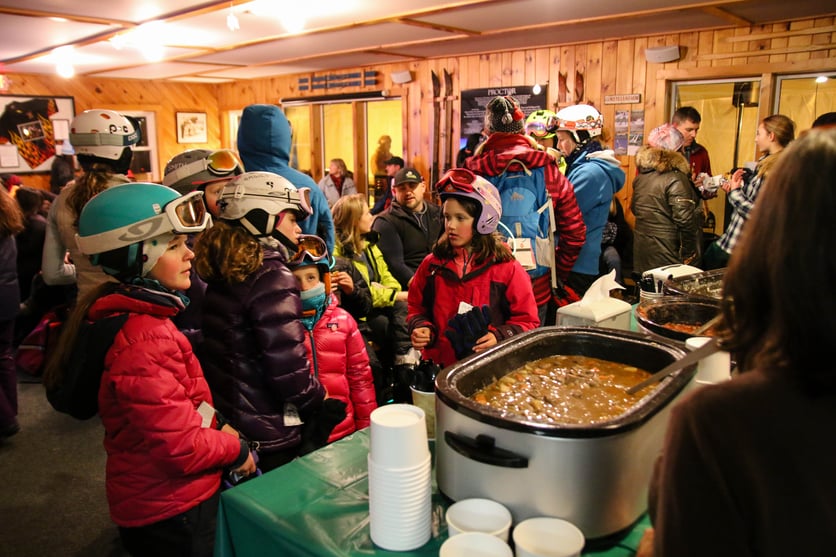 Despite frigid temperatures, the trails were packed with skiers of all ages and everyone enjoyed complimentary food, drinks, and, of course, the annual torch light parade to end the evening! 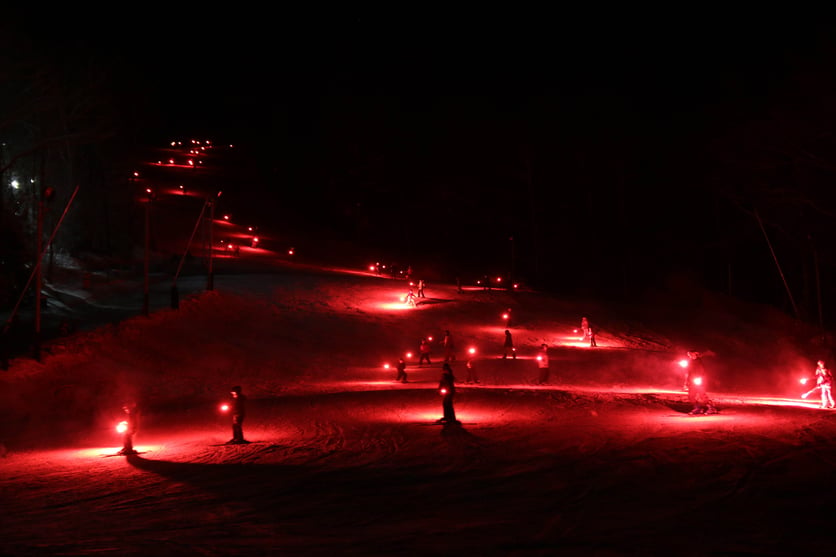 As if the above list of happenings wasn't enough excitement for the weekend, Winter Storm Orson delivered more than 14 inches of snow to campus Sunday afternoon and evening! While we never have snow days at Proctor, Mike declared Monday Head's Day, canceling classes, afternoon activities, and all school commitments!

Carr House celebrated last night's announcement of Head's Day with a dorm picture (below) while Mac House went sledding under the stars and Alan McIntyre led a group of eight students owling until 1:00 am! 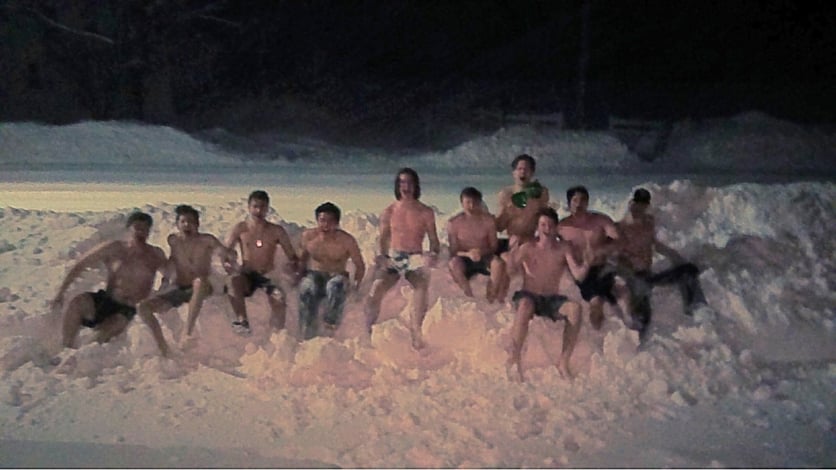 After a long sleep in, brunch was open at 11:00 am with slew of voluntary activities available for students throughout the afternoon. Enjoy the snow, a slower pace to the day, and an opportunity to recharge as we enter the final three weeks of the Winter Term!