Each year, the Proctor community bids farewell to retiring faculty and staff. On June 30, Susan Currier will answer her final phone calls and emails from those of us needing technology or database assistance, while Brenda Godwin, Laurie Zimmerman, and Phil Goodnow each taught their final classes, coached their final games, and said a final goodbye to their advisees in May. Combined, these four individuals have given Proctor 112 years of service to Proctor’s students. While the 2017 edition of the Proctor Magazine (published in September) will have a full feature highlighting the impact of Susan, Brenda, Laurie, and Phil’s time at Proctor, here are few highlights from their respective careers. 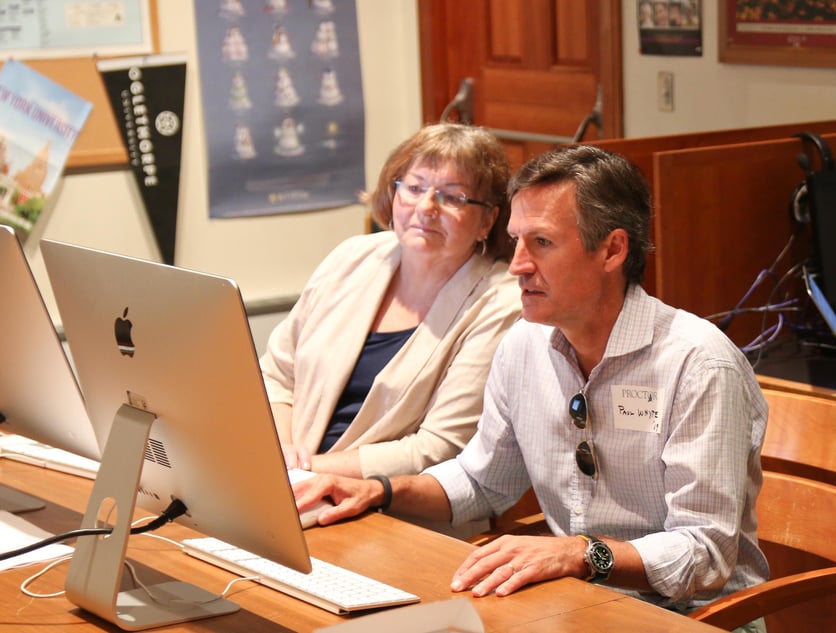 Susan joined Proctor’s Learning Skills Department in 1985 and helped coordinate reports, scheduling, and countless other details that allowed the program to establish many of the organizational systems it utilizes today as it serves more than 120 students with diagnosed learning differences each year. Following her time in Learning Skills, Susan jumped at the opportunity to be Proctor’s pioneer database coordinator during the early 1990s as computers and emerging database needs took hold on Proctor’s campus. Director of Technology, Jim Cox, notes, “Susan had very little experience with computers before stepping into her role, but she is such a voracious learner and unparalleled problem-solver, she was a natural fit for the role and has been an invaluable member of our team ever since!”

Over the past 20+ years in Proctor’s Information Services and Technology Department, Susan created the foundation on which Proctor’s database and data systems are grounded. Her unending patience and unique ability to problem solve even the most complex of issues will be deeply missed, but we will still be able to see her around town! 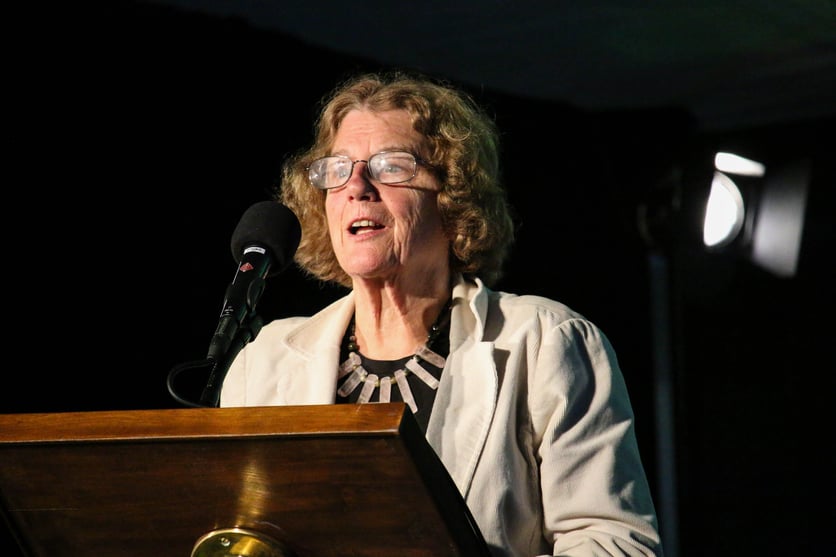 Brenda joined Proctor’s staff in 1988 as a member of the Development Office pioneering alumni, parent, and grandparent communications, as well as stewardship of endowment gifts prior to her shift to the Social Science department, yearbook supervisor, and grill-master extraordinaire at all football games. Her dedication to the Proctor Invitational Golf tournament has been instrumental in supporting scholarships at Proctor, and she will thankfully remain engaged in this endeavor each fall in the future.

Brenda’s ability to teach courses as diverse as AP Government, Photoshop, History of the Soviet Union, History of Modern China, U.S. History, and Adobe Lightroom, while overseeing the production of Proctor’s yearbook each year and providing daily commentary on recent Red Sox and Patriots victories illustrates her breadth and depth of interests. Whether it was being a faithful supporter of her students at athletic events, capturing images of art shows and performances, or sharing her annual Dogs of Proctor slideshow in assembly, Brenda’s fierce commitment to her students over the past three decades is something for which we, as a community, will be forever grateful. 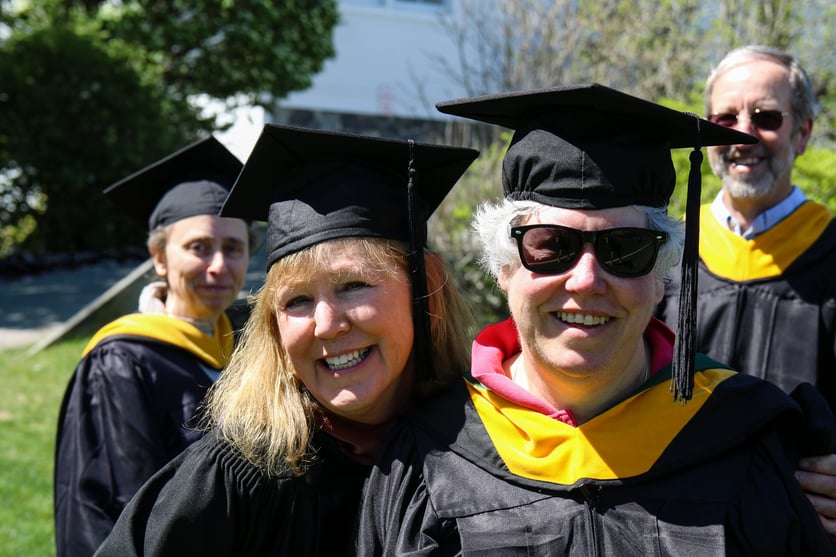 Laurie Zimmerman joined Proctor’s Learning Skills Department as a tutor in the fall of 1989, and served in that capacity until she joined Proctor’s English Department in the mid-1990s. Her presence as a classroom teacher has left an indelible impact on Proctor students as Laurie shared her unending wit, wisdom, and energy, as well as her deep passion for poetry, with each of her students. She possesses an uncanny ability to unlock creativity in people. It is this gift that not only allowed Laurie to become a nationally acclaimed poet herself, but to expose the greater Proctor and Andover communities to the world of poetry through hosting readings and welcoming guests like U.S. Poet Laureate Donald Hall to speak on campus.

Longtime English Department colleague, Peter Southworth, reflects, “Laurie taught me so much as a member of the English department. She embraced the daily joys and trials of working with students. Her quick laugh rang out in the face of the uninspired and her humor, teasing, and incisive wit carried her to the next wide-eyed and colorful interaction. She loved the stories of our Proctor community as much as her passionate search for meaning in her classroom books.”  In a note to her colleagues in the English Department earlier this spring, she wrote, “Move forward in the love of humanity that we find and teach in good literature every day.” It is this legacy Laurie leaves all of us at Proctor; one we will not soon forget. 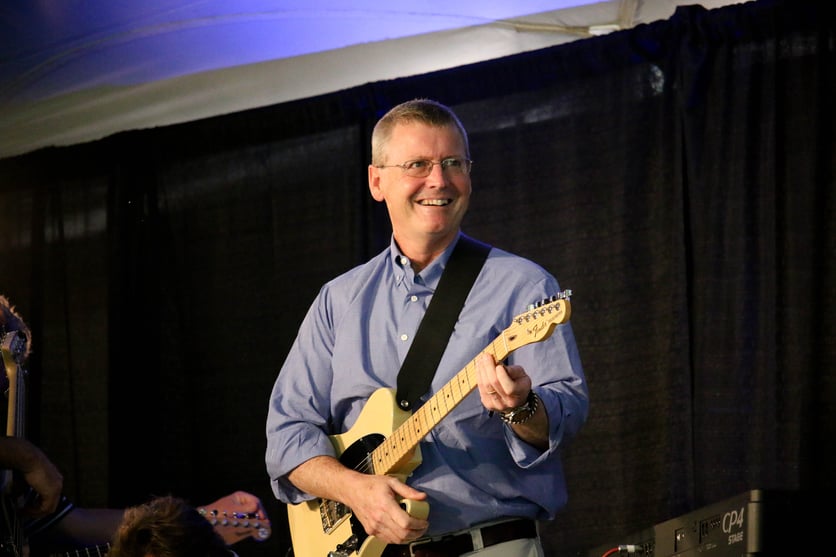 Phil Goodnow and his wife, Lawre, and three children, Hilary ‘06, Hannah ‘09, and Jonathan ‘14, joined the Proctor community in 1995 as dorm parents in Burbank West, as Phil jumped into the role of Social Science Department Chair. Soon after, Phil took over the reigns of the boys’ varsity soccer program and has remained a fixture on the sidelines of Proctor’s soccer, hockey, and lacrosse teams over the past twenty-two years. His steadfast dedication to all aspects of the Proctor community, commitment to teaching the writing and research process, and willingness to continually grow in his own teaching techniques in order to best serve his students have left a lasting impact on colleagues and students alike.

During an end of year celebration of retiring faculty and staff, Phil’s former student/player and current faculty member, Hunter Churchill ‘01, reflected on Phil’s impact on his own life, “As a teenager, you’re always looking for role models, for people you can look up to as you try to figure out your own life. Phil was always that person for me. I looked at him, how he parented his kids, coached us, and taught us, and thought to myself, ‘That is the type of man I want to become someday.’” Hunter is not alone in his respect and admiration for Phil’s willingness to wholly invest himself in the lives of his students. Phil’s impact on both his colleagues and his students truly transcends the academic realm, and we are each better teachers, coaches, advisors, dorm parents, and friends after having had Phil in our lives for the past twenty-two years.

Leave a message for Susan, Brenda, Laurie, or Phil in the comments below!