Bravery, like leadership, comes in many forms, with each individual finding their own way to demonstrate their courage when needed. For the seven finalists of the 23rd Annual Hays Speaking Contest, we saw that bravery on display Monday evening as they delivered their speeches in front of a packed Norris Family Theater. While we recognize the seven finalists with photos and a brief summary of each speech in this blog post, every sophomore should be acknowledged for their efforts over the past month. Each embarked on a powerful journey that involved identifying a meaningful topic, conducting research, and then writing and practicing their speech alongside their American Literature teacher. As we often find with meaningful educational experiences, it is through the process that we see growth occur, not just the end result. We applaud each of our sophomores, and all of our American Literature teachers, for stepping into and working through the process of writing and delivering their speech this spring. Below are the seven finalists who delivered speeches Monday evening. 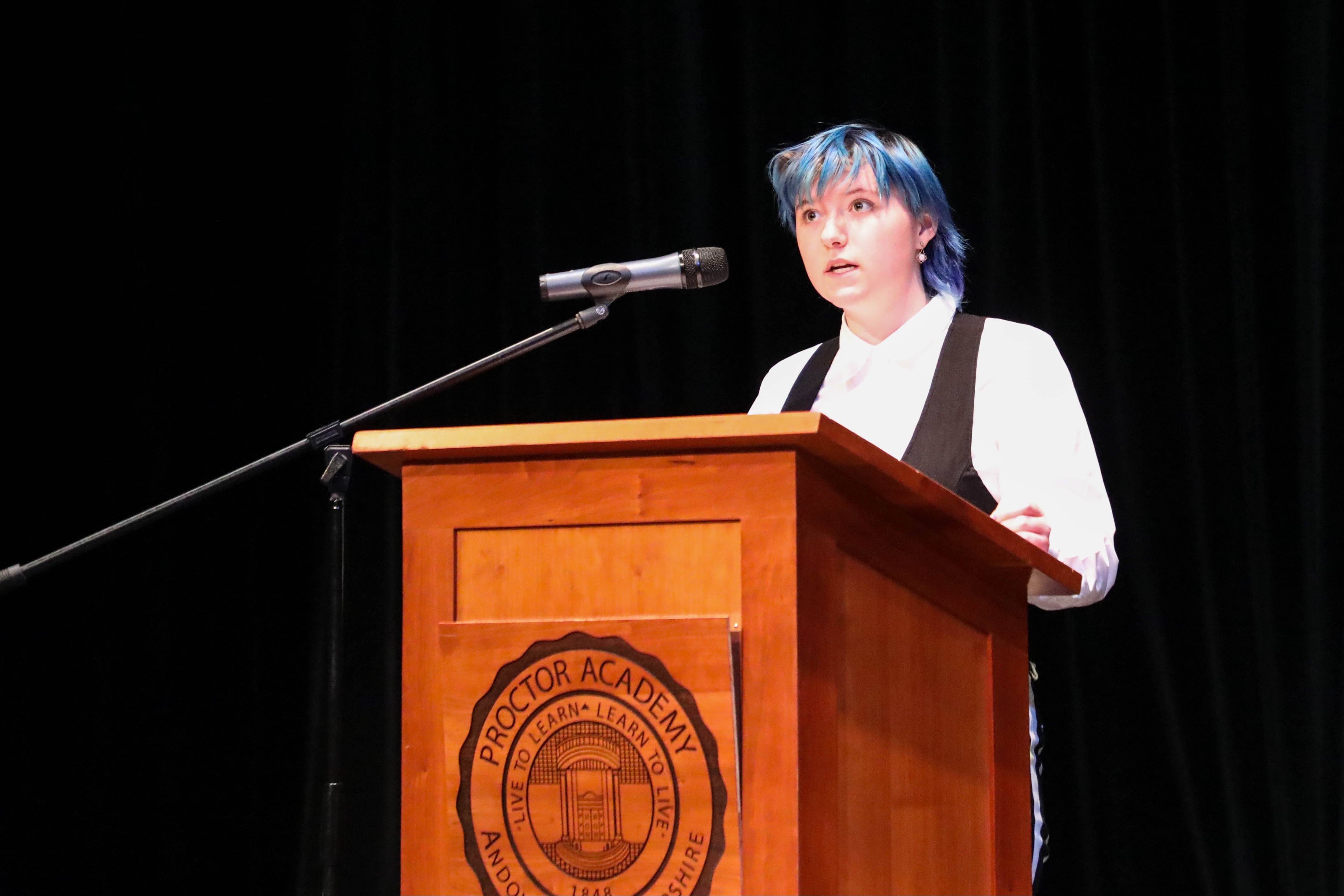 Em ‘24 discussed the importance of being proud of who they are as a non-binary, bisexual person. They talked about the bills being passed around the country to outlaw education on this topic and the far-too-high suicide rate in the LGBTQ+ community. 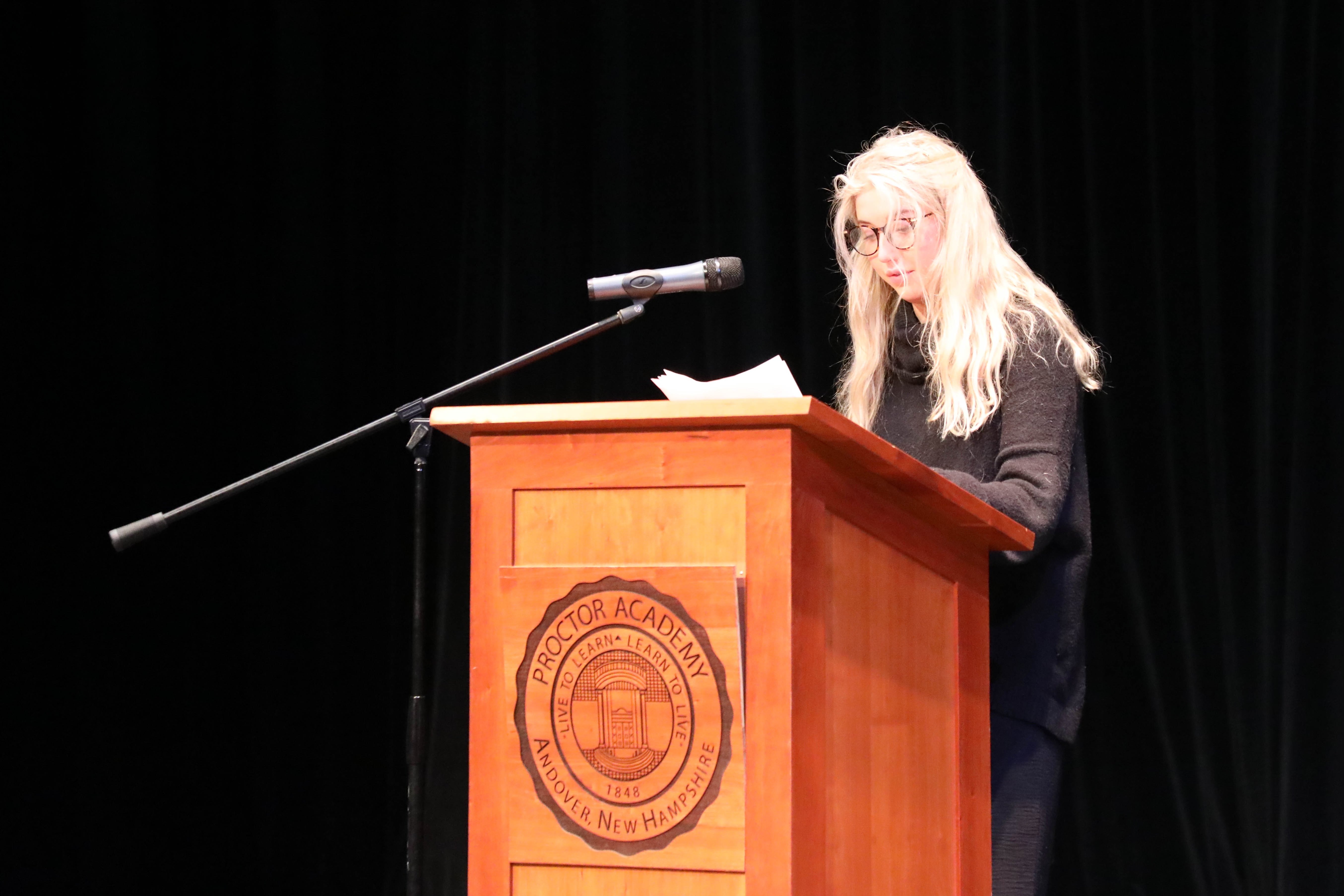 Thea ‘24 talked about how addictive phones, and particularly social media, can be for all of us, sharing powerful statistics that those who report higher social media usage are more depressed. 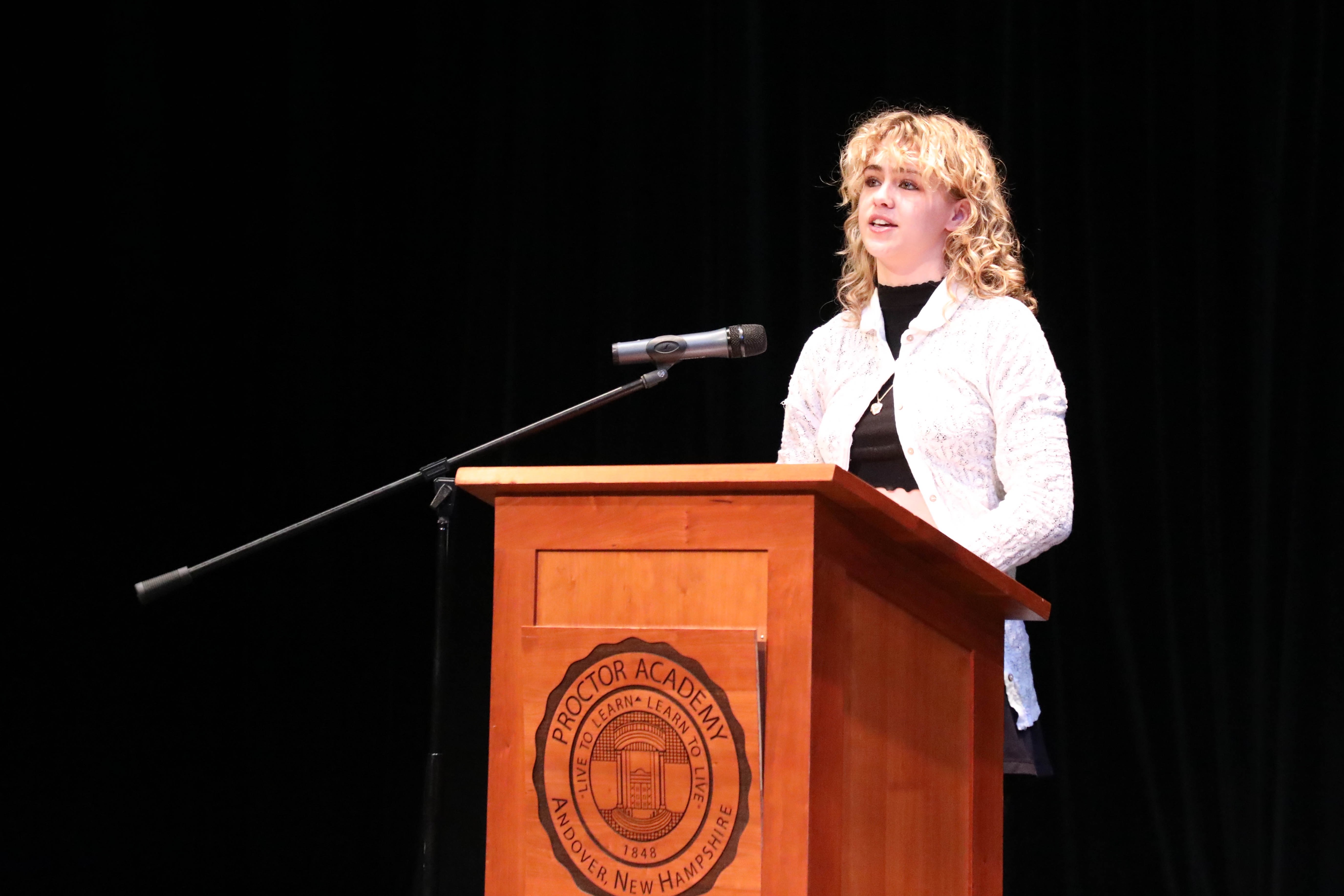 Ryan ‘24 spoke about the over sexualization of women in American culture, pointing out the discrepancies between how young boys and girls are treated with regard to their clothing choices, and the misperception that what a woman is wearing is at all correlated to sexual assault cases. 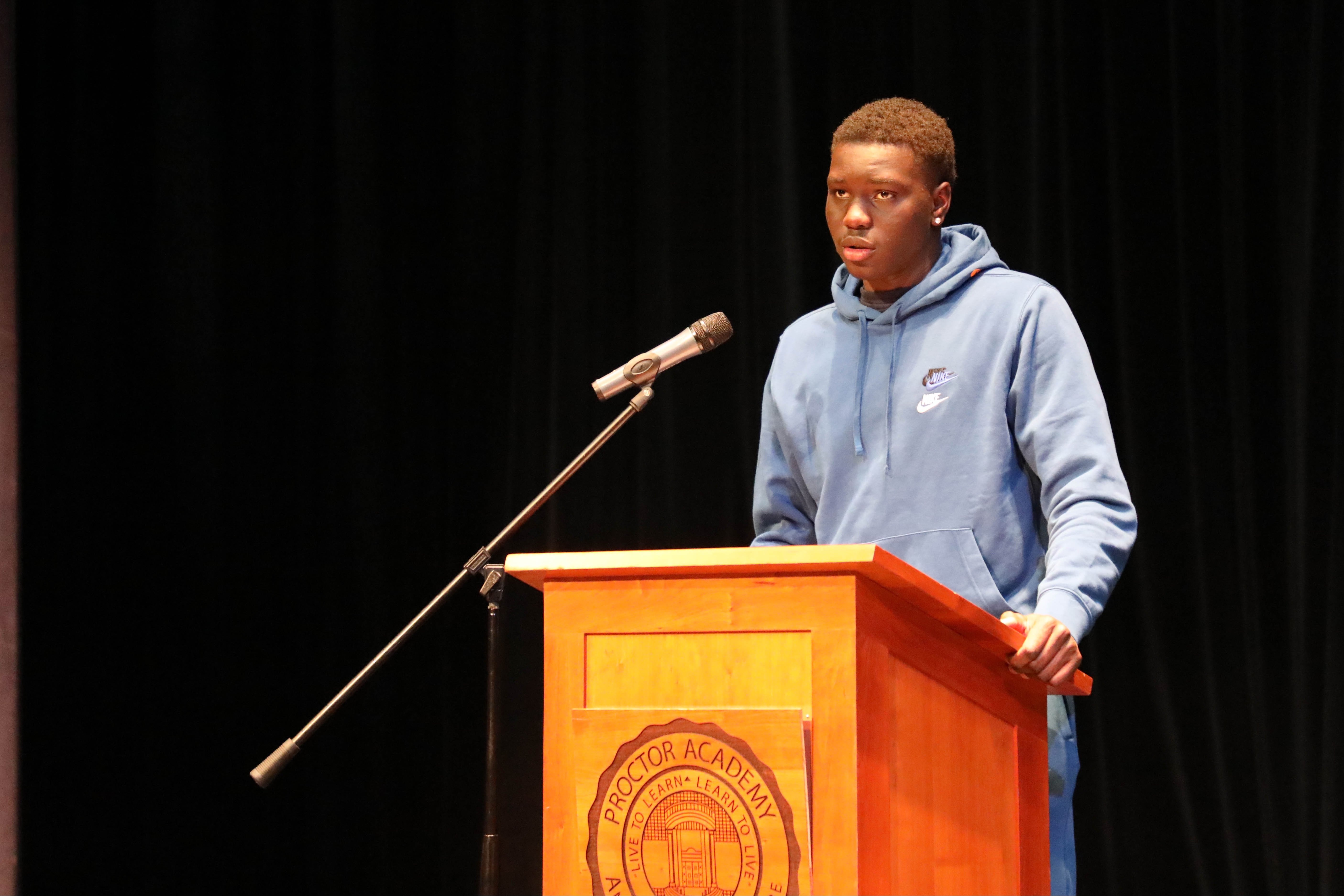 Chris ‘24 talked about his lived experience as a Black man, sharing powerful examples of living through others stereotypes placed on him as a young Black man, especially in a predominantly white boarding school community. 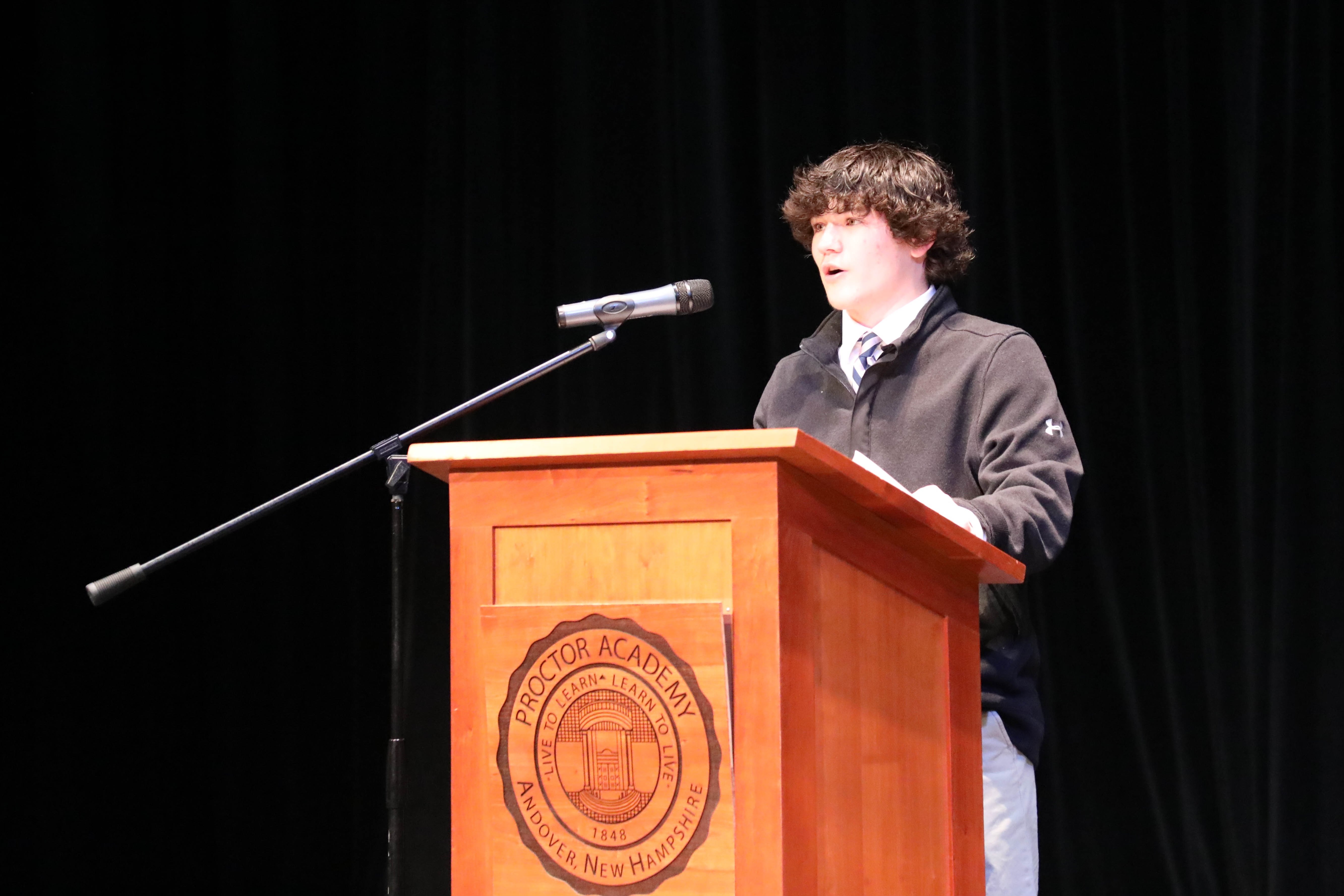 Carter ‘24 shared a beautiful reflection on his own life as the younger brother to a 22 year old sister who has significant mental developmental limitations, is deaf, and needs considerable daily support from his family and a team of doctors, noting the importance of the impact of using derogatory terms in conversation without knowing each individual’s whole story. 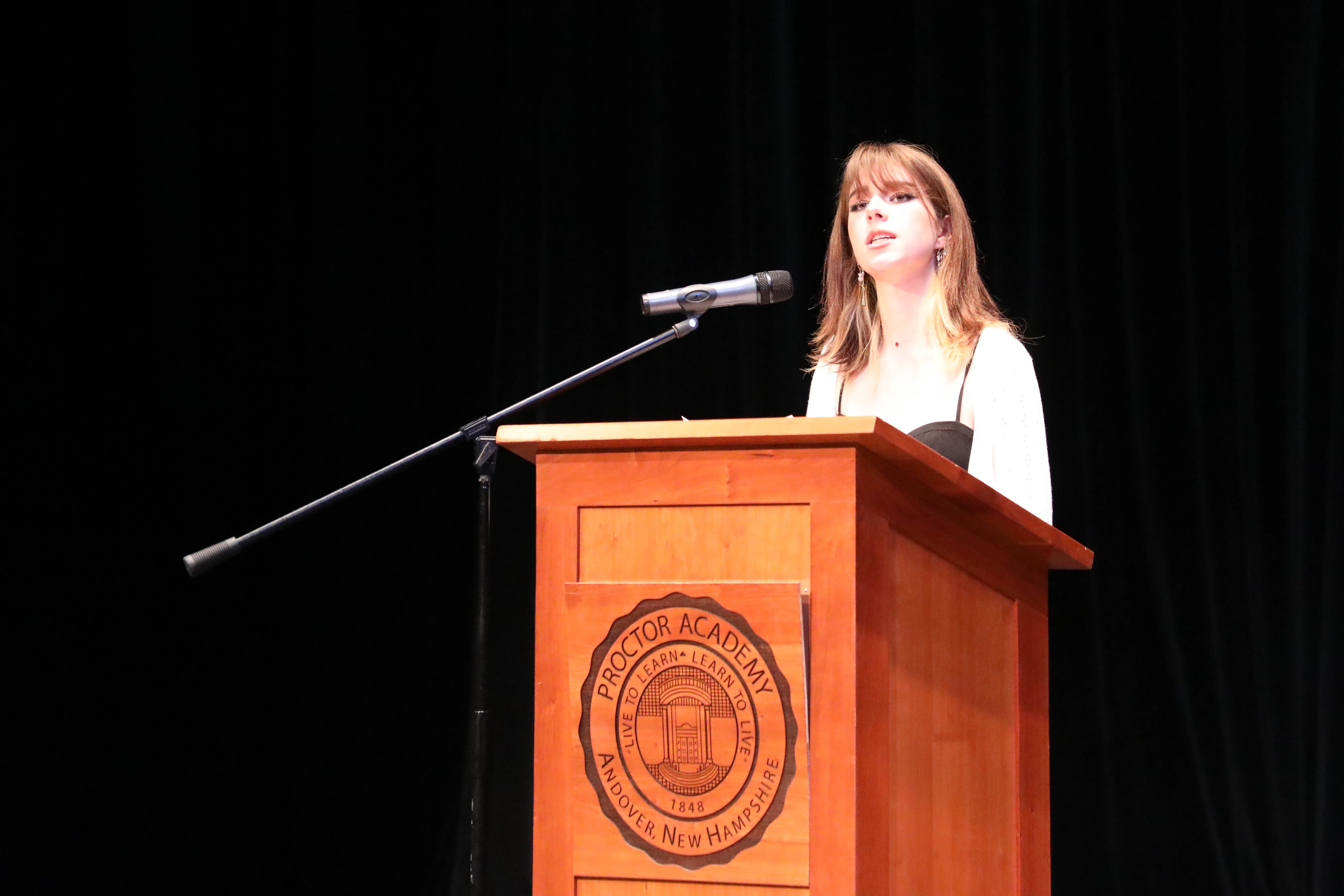 Winnie ‘24 described an intense health scare as a ten year old during which she lost vision, became partially paralyzed, and underwent a series of medical procedures centered around uncertainty; an uncertainty that lives on with her each day. 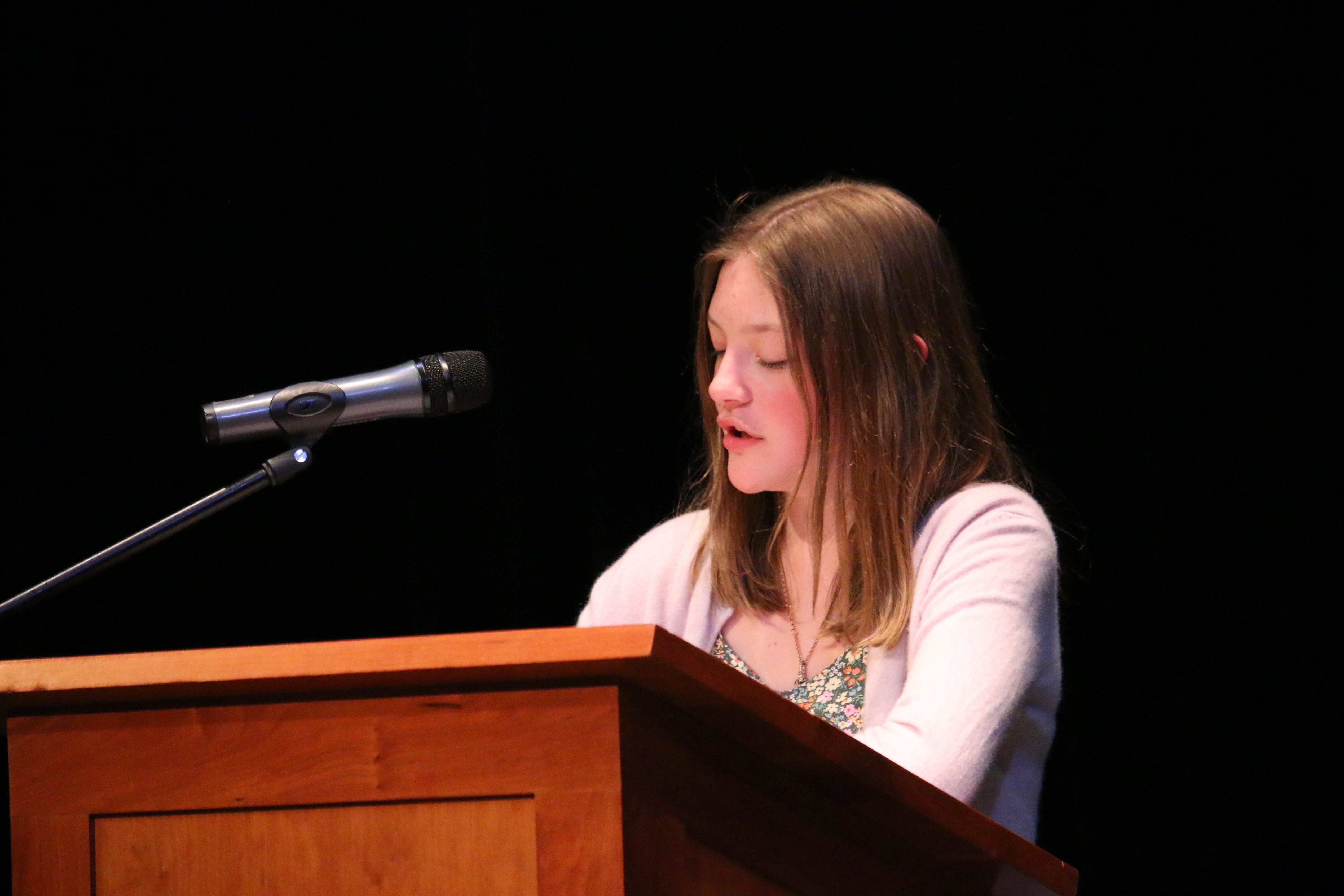 Norah ‘24 brought life to her experience living with obsessive compulsive disorder, providing a powerful window into her brain and what she goes through on a daily basis. 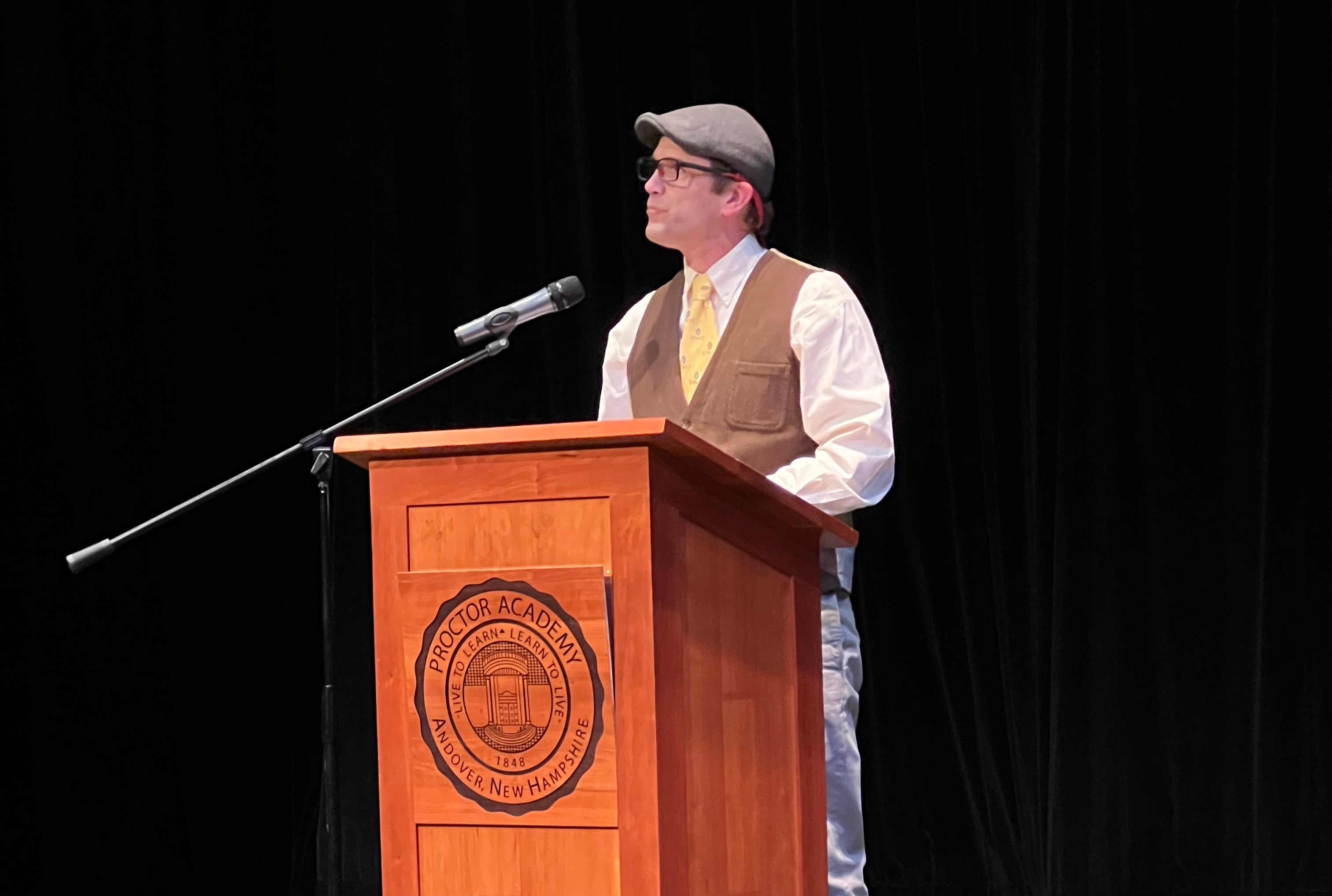