Here Comes the Sun: An Investment in Solar

In the spring of 2012, Josh Norris and Alan McIntyre's Project Period challenged students to calculate the potential solar production possible on rooftops around campus. The assignment eventually morphed into a larger scale project for a handful of students that would lay the groundwork for Proctor’s first solar array installed on the Wilkins Meeting House in December of 2012. Over the past decade, Proctor has installed eleven solar arrays on campus with a twelfth planned installation in the spring of 2023. 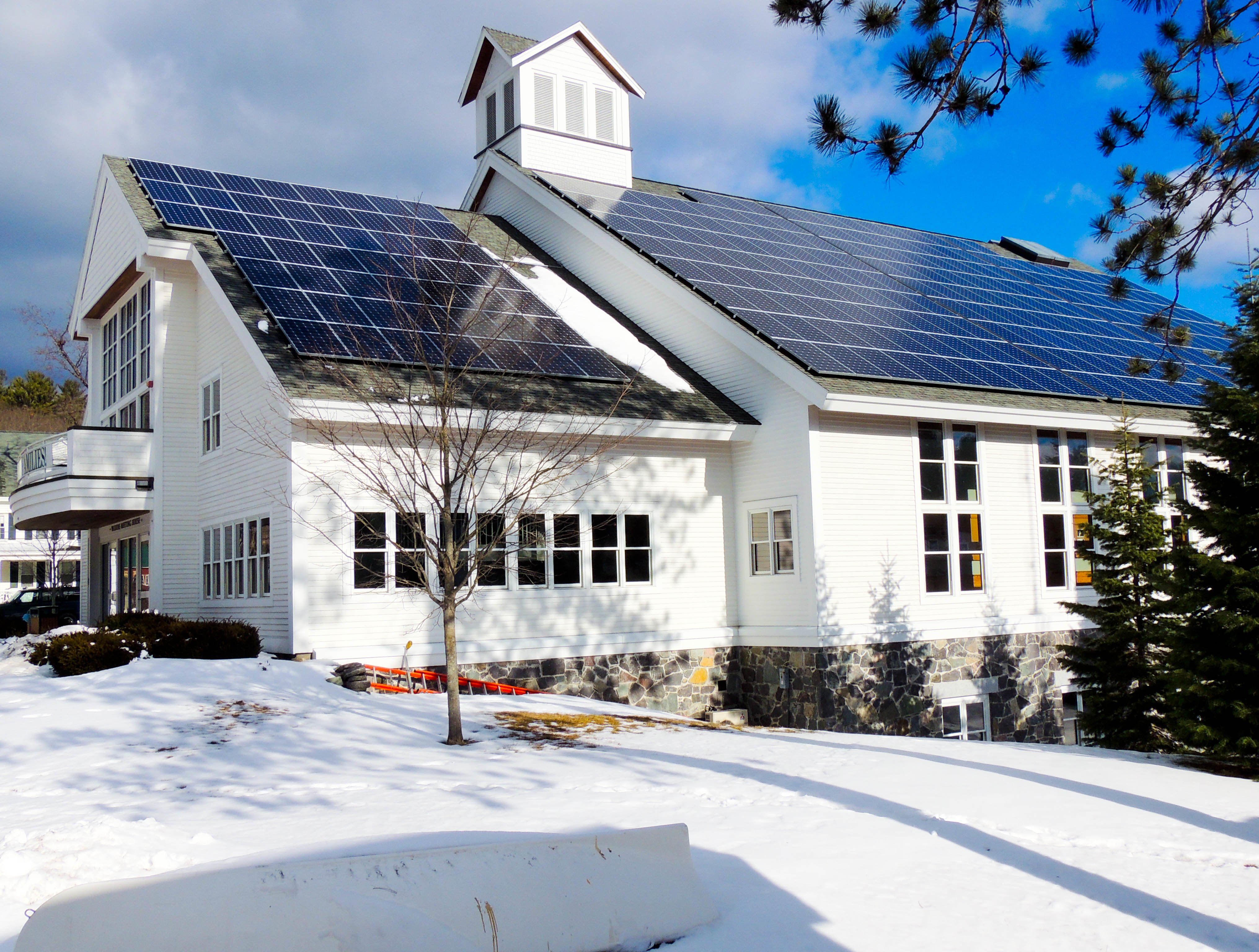 Total solar production from Proctor’s twelve solar arrays will total over 800 megawatts of electricity each year, roughly 20% of the school’s overall electric consumption. While the power purchase agreements for some of the arrays do not allow Proctor to claim all of the renewable energy credits associated with the arrays, the unique PPA arrangement has allowed Proctor to install the arrays for little to no cost, essentially leasing rooftop space to ReVision Energy. Proctor then agrees to repurchase the electricity produced at a discounted rate. In a few years time, Proctor will have the opportunity to fully purchase the arrays, and then will be moving toward powering nearly half of the campus from its solar, both reducing costs and reliance on fossil fuels.

The timeline of installations follows: Since 2008, Proctor’s Environmental Mission Statement has served as a north star for institutional decision making. This mission, written by students and adopted by the Board of Trustees, challenges the Proctor community to teach and practice sustainability by establishing and sustaining a carbon-neutral footprint on campus, providing systems and services that encourage behavior, innovations, and technology that reduce our resource consumption, purchasing goods and services that are ecologically responsible, increasing organic, local, and healthful food choices each year, empowering current members of the community to be active stewards for an equitable and ecologically healthy earth, and exploring the social, ecological and economic problems that confront us all, as well as the means to address those challenges on our campus and in our personal lives each day. Proctor’s Environmental Mission Statement led to the installation of a biomass plant to power the campus’ central steam system in 2008 and provided a powerful institutional decision-making lens that led to significant investment in solar power as an additional renewable energy source for the school. By aligning economic opportunities with this environmental mission, Proctor partnered with Revision Energy to install solar arrays on as many south-facing rooftops as possible. The school’s second largest array, the ground mounted Proctor Ski Area array, allowed the ski area to shift to electric snow-making compressors and to close the generation/use power loop on one of the school’s largest consumers of resources. Likewise, the array on the Teddy Maloney '88 Hockey Rink powers one of the other highest consumption buildings on campus. 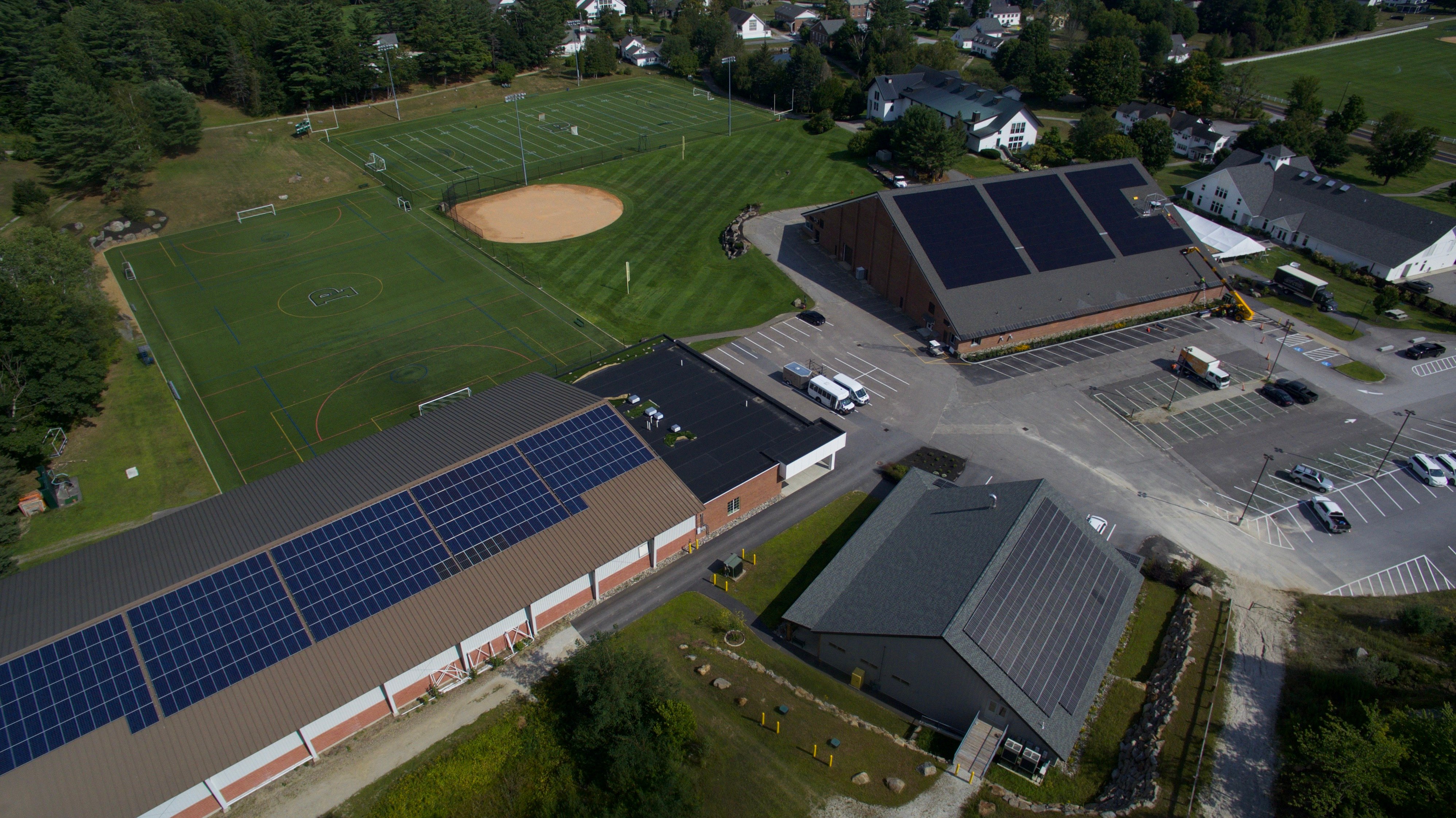 Over time, as the cost of solar continued to drop, Proctor identified east/west facing rooftops that that were now economically viable options for solar. The Mike Henriques and Betsy Paine Outdoor Center and Teddy Maloney ‘88 Hockey Rink arrays modeled this east/west facing alignment and set the stage for the school’s largest array to date, the 412,000 kwh Farrell Field House array installed this summer. The array covers more than one acre of rooftop and nearly doubled the school’s overall solar production. As Proctor engages in a Campus Master Planning process over the next six months, the school will continue to identify opportunities to leverage renewable energy sources, to install more electric vehicle charging stations on campus, and to keep the Environmental Mission Statement front and center as Proctor's campus continues to evolve.