Sunday was a busy day. Wilderness Orientation returned, Sports Camp ended and all students arrived back on campus! Dorms are meeting for the first time this evening to discuss expectations, community living, and to begin to build relationships that will last a lifetime. Tomorrow morning advisory groups will gather at 8:30 AM followed by our first all-school assembly of the 2014-2015 school year and abbreviated class periods. Here we go!

Orientation groups returned in waves this afternoon and unpacked their bags. 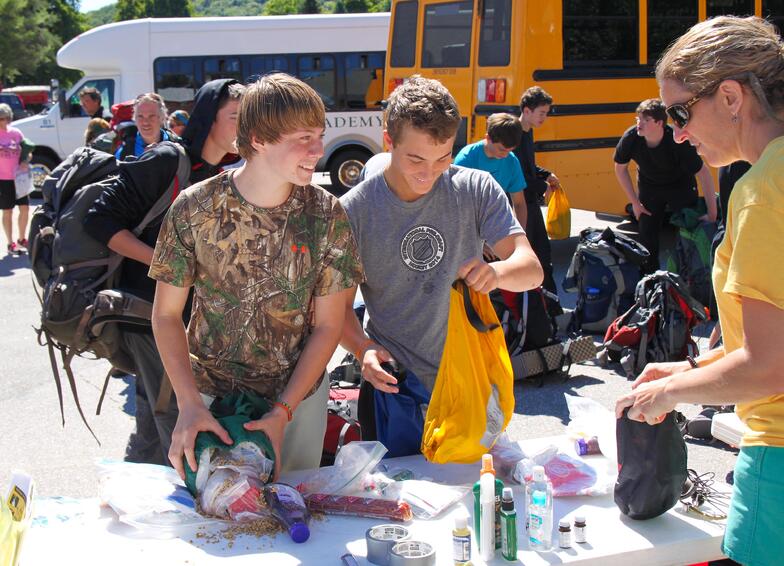 Groups debriefed their five days in the woods. Clearly, bonds were formed. 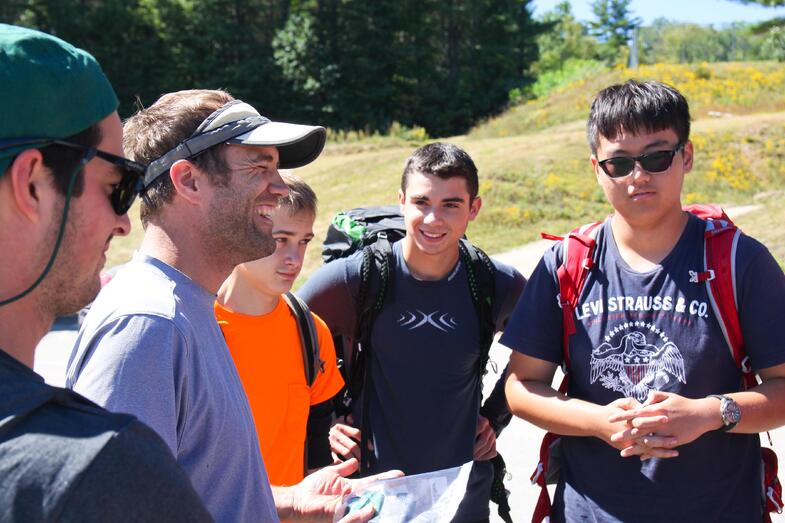 Heide gives instructions with her Orientation Support team to each group as they arrive back on campus: 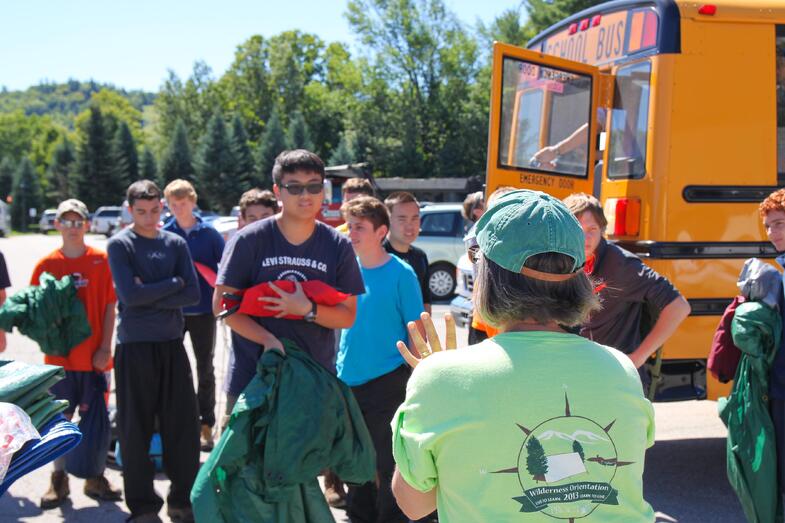 Some students were a little more excited to be out of the woods than others! 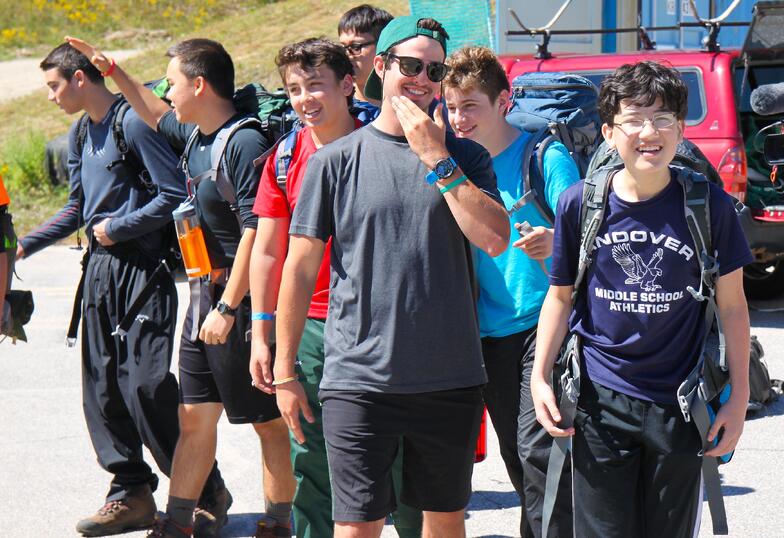 Returning students were equally excited to be reunited after a summer apart!

Mike came straight from the woods on Orientation and served up stir-fry for the masses!

A huge thank you to all those who made Wilderness Orientation and Sports Camp a success! It takes many hands in varying roles to make the transition into the start of the academic year a smooth one. Here's to a great 2014-2015 school year! 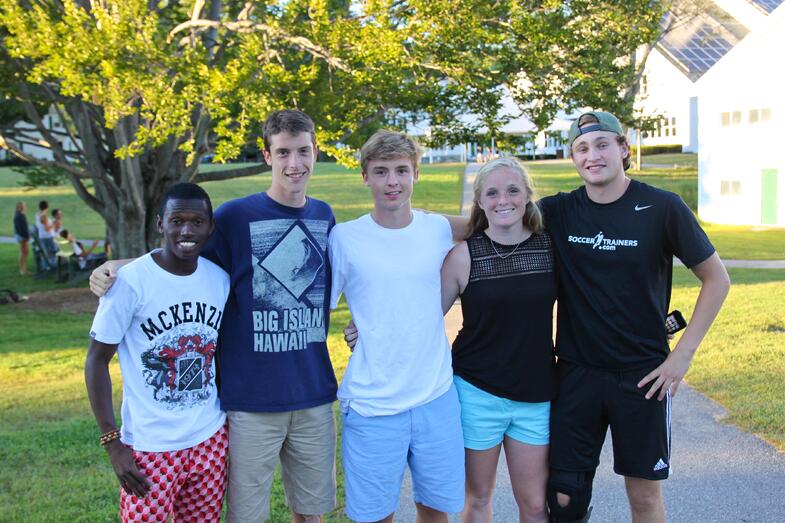