On Monday I watched the schooner Roseway cast off in Gloucester to cheers, a cannon roaring, and parents snapping pictures. Another signature off-campus program launched, this one representing our 21st year of going to sea with Proctor students. It was a picture perfect afternoon – weather, wind, and spirits – and the Roseway hoisted sails and slipped into golden harbor light.

Is it simply the pull of adventure that causes us to conceive, support, and rally around these programs? Are we simply filled with wanderlust?  Or is there something else behind the way we tick as a school? What’s with this commitment to experiential programming anyway?

What began decades ago as a hunch that hands-on experiences could round out the learning environment, eventually coalesced into one of the defining tenets of the “how” of Proctor. Years ago students were shoveling coal at the train station in Andover, working in victory gardens, building boats, packing ski jumps, and generally pitching in to the running of the school. They were learning valuable lessons about community and commitment, and the lessons stuck. It could have stopped there, but it didn’t. 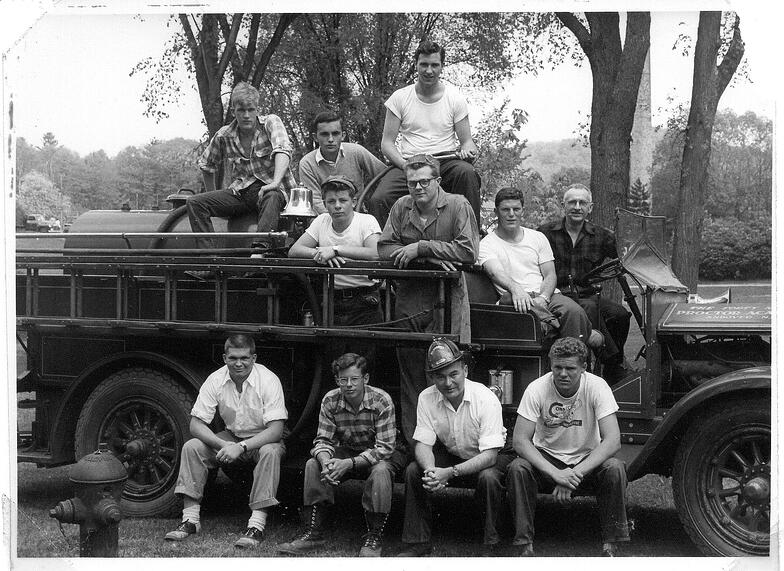 It turns out there is a little science backing this multi-faceted, asymmetrical approach to learning, and we’ve been on the right track.

Whether learning about dead reckoning on the pitching decks of a schooner or Civil War Reconstruction in a classroom, the ability to recall information depends, in part, on the emotional scaffolding that attends the delivery. So it is not surprising that some lessons in the classroom disappear into the ether with barely a cerebral whisper, while others learned at sea are locked in for life.

“Sense luscious,” is the term used in James Zull’s The Art of Changing The Brain, and the brain science indicates that the more senses are engaged, the deeper the learning experiences and the more accessible the knowledge. “They are undiluted and direct, rather than being transported or filtered through text, film, TV, or lecture. They contain data from all the senses at once, rather than just vision, or just sound.” On a daily basis, Proctor teachers challenge themselves to create those “sense luscious”, emotional landscapes to enhance the learning experience.

The learning experience at Proctor is more than transference of information; it’s not transactional, it’s experiential. And it’s not just at sea. We like to think that the experiential infuses every class: AP Calculus, American Literature, Zoology, French…the whole range of our offerings. So that’s the why behind the experiential, what’s behind the good hunch that’s been a part of this school for decades.

And on this Thursday night when our Ocean students are spending their fourth night at sea, I imagine the wind slapping a halyard, a student listening, wondering, tracing that line up, up through the darkness, making a connection...