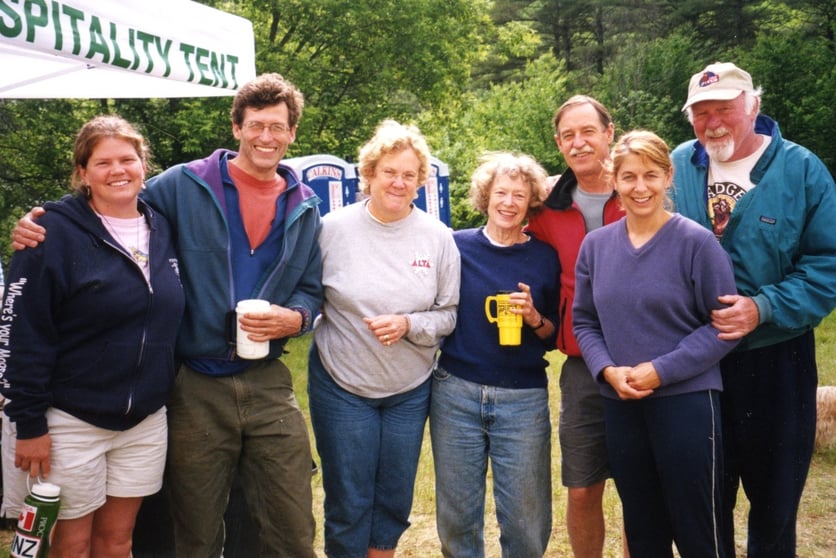 Wednesday morning, Keith Barrett and I caught up with Bill and Betsy Peabody at their Thetford, Vermont home. Involved with Proctor since the 1980’s when two of their sons attended and graduated, the Peabodys have a long and dedicated relationship with the school that has spanned nearly 40 years. They have served as trustees and co-chairs of the board. They have brought their passion for sustainability to the school, evidenced in their commitment to championing projects such as the Peabody dorm that at the time of construction was one of the first school geo-thermal residential facilities in New England. Without Bill and Betsy, would we have committed to the biomass plant? Would we have committed to a net-zero ready dining facility? Would we have the richness of the arts that we have today? The choices that Bill and Betsy have been a part, their values put into action, has been forward thinking, progressive, and shaped a school for not only today, but also for generations in the future. 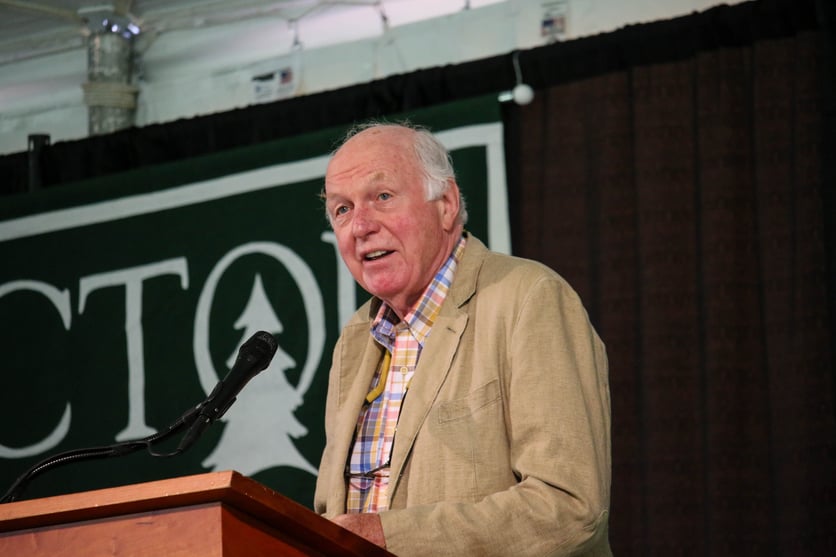 Bill Peabody sharing an invocation at last year's Commencement for the Class of 2016.

Long-time assistant head of school, Chris Norris, with Bill and Betsy Peabody at an event in the mid-1980s.

After the visit with Bill and Betsy, we drove north and west to track down Spencer Wright who lives with his daughter Lesley in Brandon, Vermont. We sat in the kitchen and talked about Spencer’s time as a faculty member from 1952-1971. Spencer’s impact as coach, athletic director, and teacher are legend among alumni from those years. He shared stories about football, about hockey, about raising a family in the small town of Andover. He shared memories of Lyle Farrell, head of school from 1952-1971, and the impact he had on the physical plant of Proctor. He told humorous stories about the Proctor fire department pushing a reluctant fire truck to conflagrations, getting stuck on Route 4, or going to the wrong address. He recounted trips to Maine for lobster, about spending time in Vermont during the summers. There are some people who can recount a story and some people who can tell a story. Spencer Wright can tell a story. There are legions of Proctor graduates who were shaped by Spencer’s passion in the classroom (which may have occasionally been punctuated by flying chalk) and his commitment as a coach. Spencer Wright is a seven-generation educator. 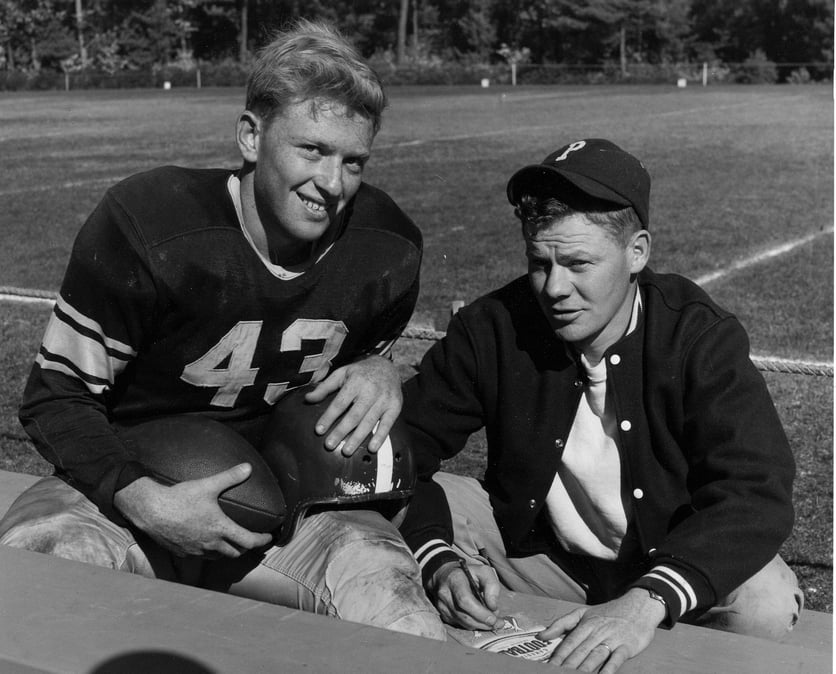 Spencer Wright on the football sidelines in the early 1950s.

The impact of the relationships Spencer formed with his players lasted a lifetime, as seen here walking his former captain, Artie Pratt '56 across the field at a 2011 homecoming game against Holderness School.

Those who can think beyond the immediate and project into the future, who can calculate the reverberations of choice, who frame with the mindset of sustainability, those individuals are of the greatest value in community. I was fortunate this week to spend time with Bill Peabody, Betsy Peabody, and Spencer Wright, seven-generation thinkers who have played such important roles in shaping the Proctor of today and tomorrow. 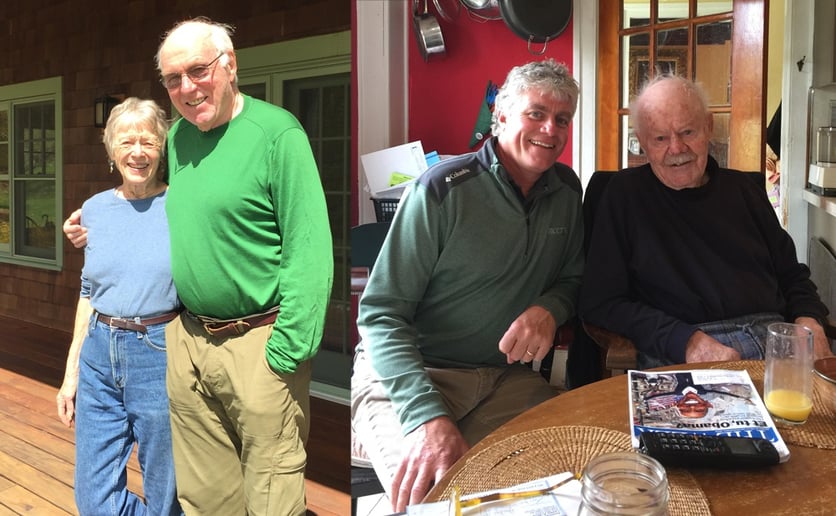 Bill and Betsy Peabody at their home (left) and Spencer Wright (with Keith Barrett '80) during this week's visits.