The process of achieving Gold level certification as a club provides an opportunity for the National Governing Body, U.S. Ski & Snowboard, to assess a club’s current situation and determine areas of need. Gold certified clubs possess a heightened level of accountability to maintain and build upon areas of both strength and improvement, to ensure the longevity and stability of the organization and to help, through feedback and observation, to grow the cumulative strength of clubs throughout regions and across the country. Proctor becomes just the third school of its type in the country - a coeducational boarding and day school - to achieve Gold Certification. 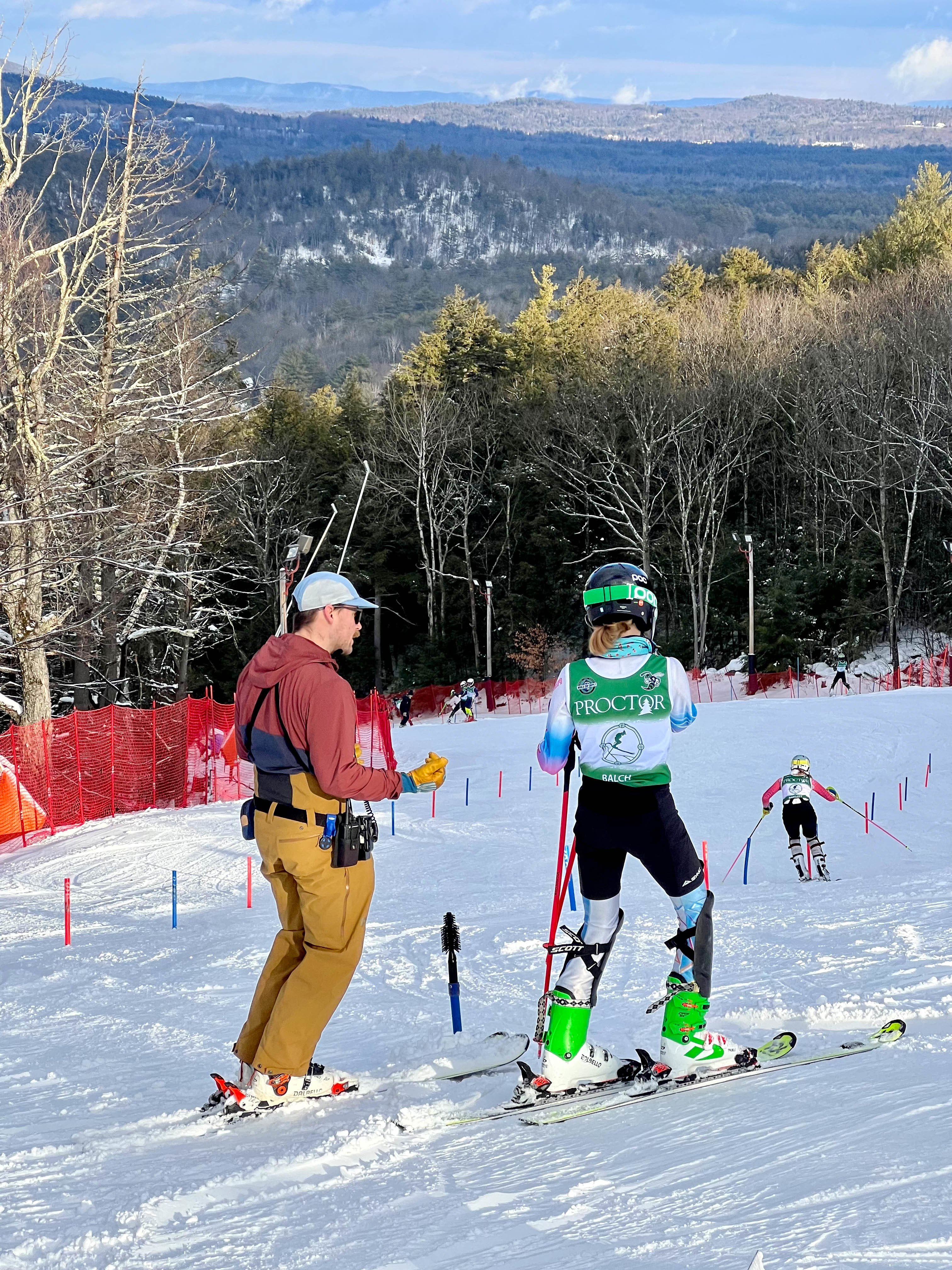 As the Gold Certification Committee noted upon visiting Proctor, “Leadership transitions can be an opportunity for an organization to take the time to reflect on its cultural heritage, while assessing its current state and looking ahead with fresh eyes.” Skiing lives deep within the Proctor's DNA and as new Head of School Brian Thomas stepped into his role, he eagerly leaned on the institutional knowledge and commitment to snow sports of those who have been a part of the Proctor community for decades, including current and past coaches, former Head of School Mike Henriques, former Alpine Program Directors David and Morgan Salathe, school leadership, members of the Athletic Department, the Board of Trustees, snow sport advisor Jed Hinkley '98, as well as Proctor Ski Area Manager Garry George '78 and his crew.

Brian notes, “Proctor is more than a ski academy. And, we are heartened by the endorsement by US Ski & Snowboard. Proctor will be a shining example of this recognition in all its facets. We strive to get one day better everyday and to be a beacon for other schools as well as snow sport athletes who want to compete at the highest level while attending a great boarding school where they can expand their identities. It starts with those within the Proctor community who are deeply committed to the student experience - on snow, in the classroom, and throughout the entirety of Proctor's educational model." 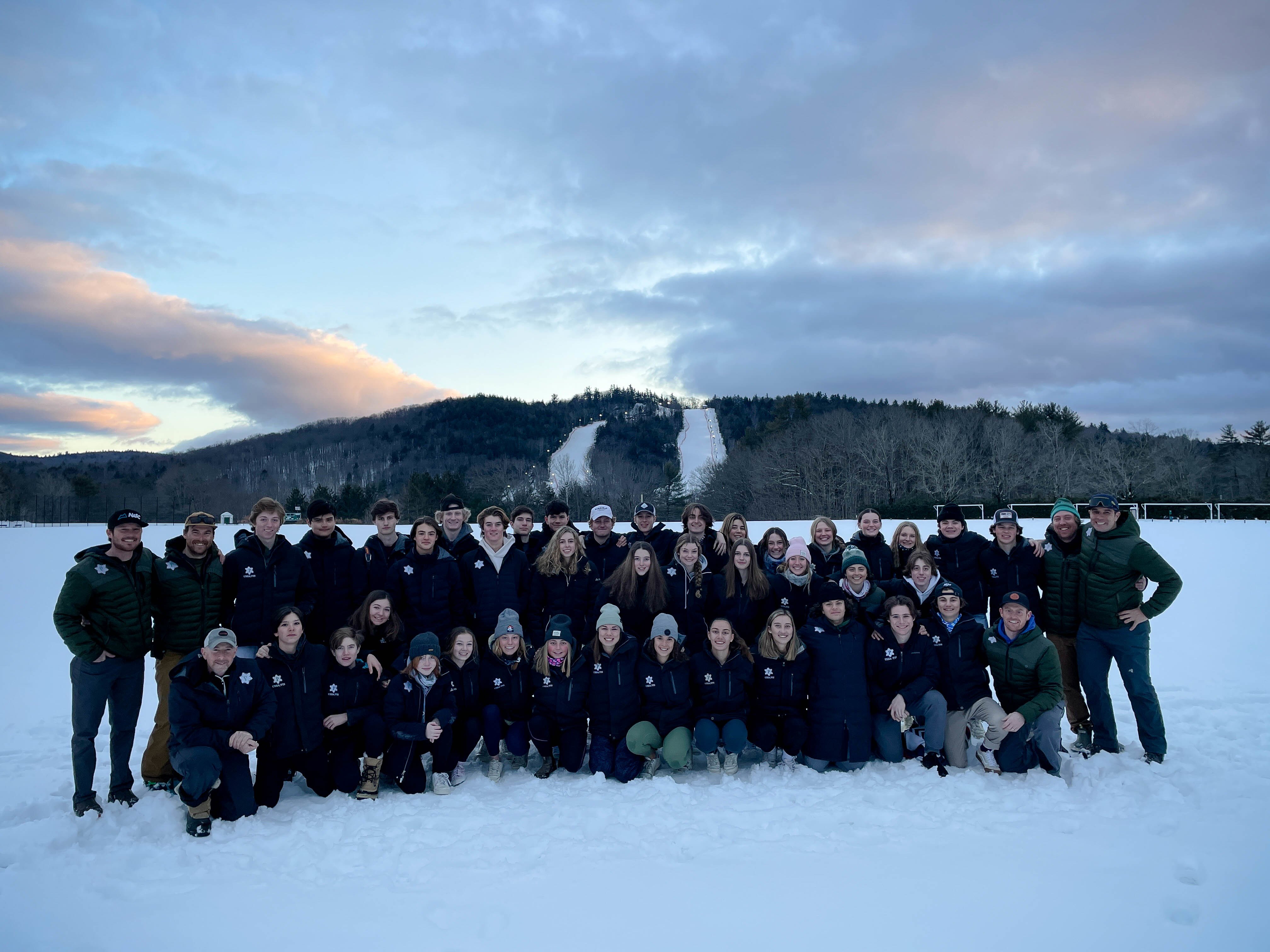 Current and past parent, Member of Proctor’s Board of Trustees, and Foundation Trustee for USSS Armins Rusis, P’19, ‘24 reflects, “Becoming a Gold Certified Club is a recognition of the commitment and hard work of the broader Proctor family over the decades and acknowledges the role that the Proctor plays in the local, state and national snow sports communities. We are excited to continue to work with USSS and its local members to be a critical partner in advancing snow sports in the US.” 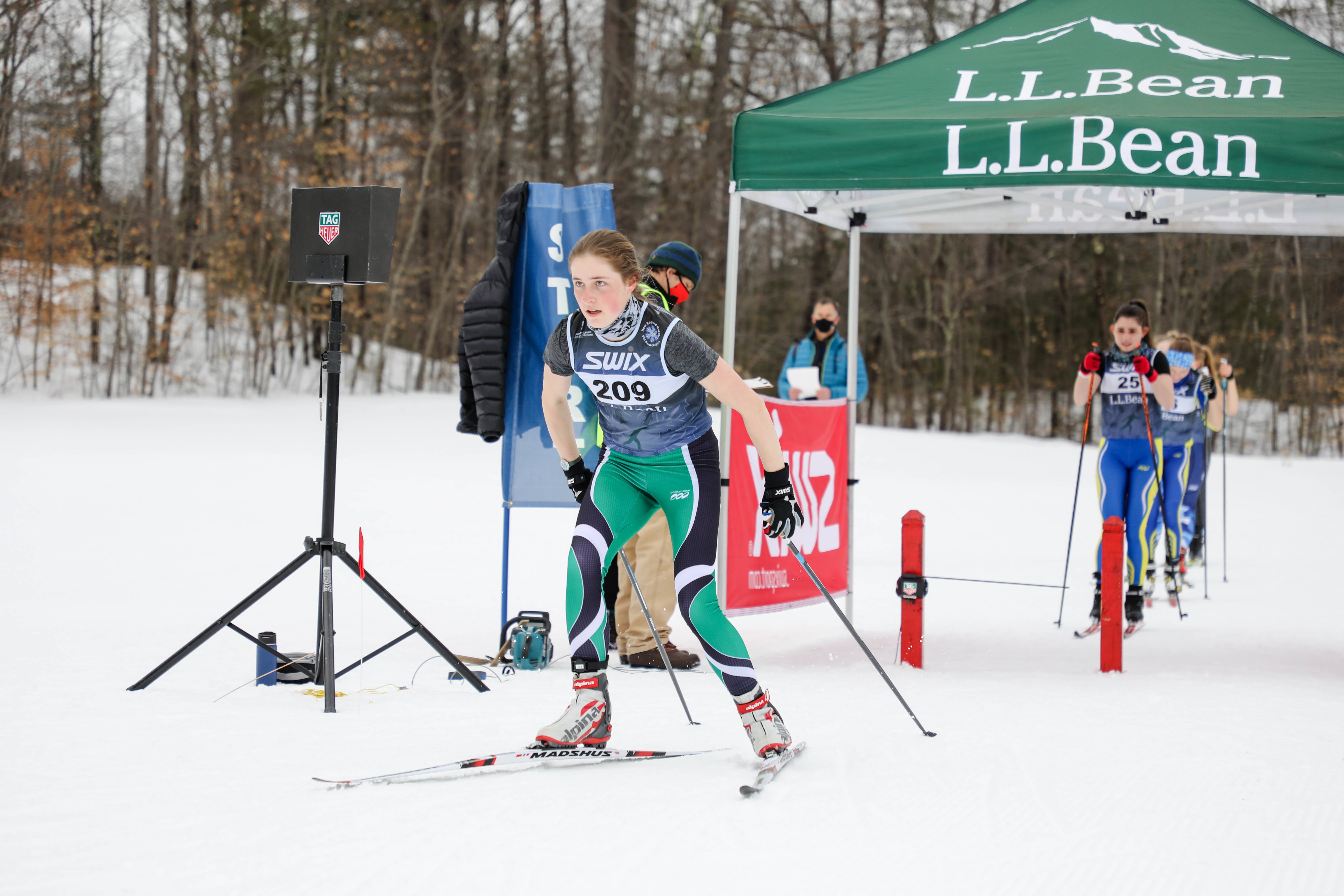 Fellow parent and Member of Proctor’s Board of Trustees and former US Ski Team member, Kate Krehbiel, adds, “As a parent of a ski racer, we were drawn to Proctor because they had it all, a year round high level training and racing program, amazing coaches, its own ski area, combined with best in class academics. After four years, seeing my child emerge as competitive on the hill is great. What is better is seeing him be nurtured and mentored by coaches and faculty with intellect, integrity and a commitment to values deeper than sports performance. We are grateful to all the incredible people in the Proctor community."

The U.S. Ski & Snowboard Certification Committee remarked in their analysis of Proctor as a Gold Candidate, “It was clear to the USSS certification team that Proctor’s leadership is committed to honoring its heritage and leveraging its uniqueness while doubling down on its commitment to excellence, including in the area of snow sports. Despite the transition of several new people into key roles over the past couple years, the Proctor certification team, including the new Head of School Brian Thomas, and a new Alpine Program Director, Moot Nelson, has really gelled over the time we have worked together.”

Moot adds, “We could not be more excited for our school and our on-snow programs. This Gold Certification exemplifies the commitment of excellence in snow sports and academics, and celebrates our ability to push our students to achieve their goals on snow and beyond." 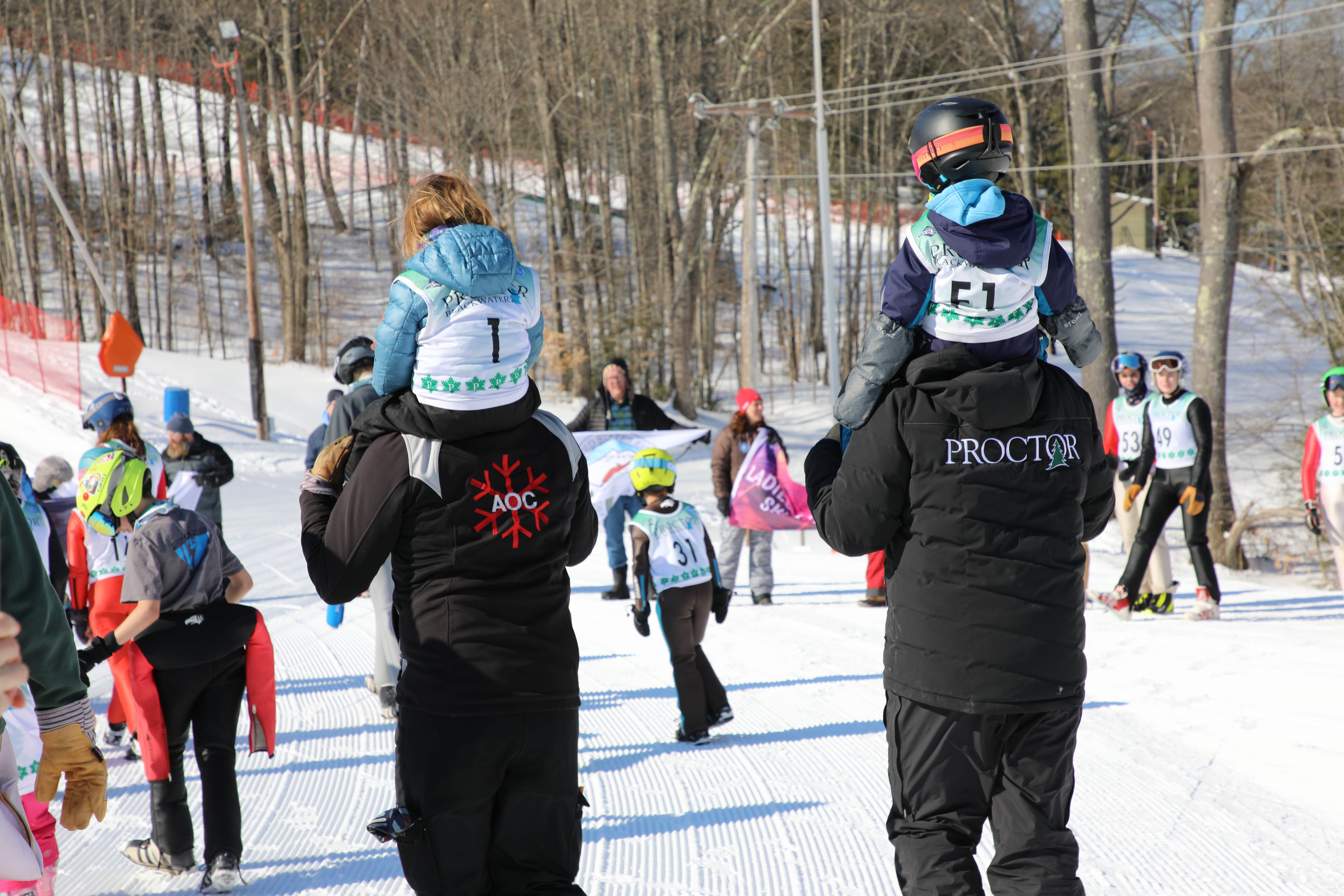 Proctor began the certification process with being awarded Bronze in 2017. Since then, the school has worked through the necessary steps to advance to Silver and beyond. US Ski and Snowboard Club Development Manager notes, “U.S. Ski & Snowboard’s Podium Club Certification Program requires a rigorous, mission driven self-assessment and review of best principles and practices in eight areas of organizational performance. Proctor has demonstrated excellence in all areas and is recognized as an important partner of U.S. Ski & Snowboard and a leader among ski and snowboard clubs. As a Gold certified club, Proctor serves as a model of excellence, both organizationally and athletically, and is a valuable resource to winter sport in the U.S.” 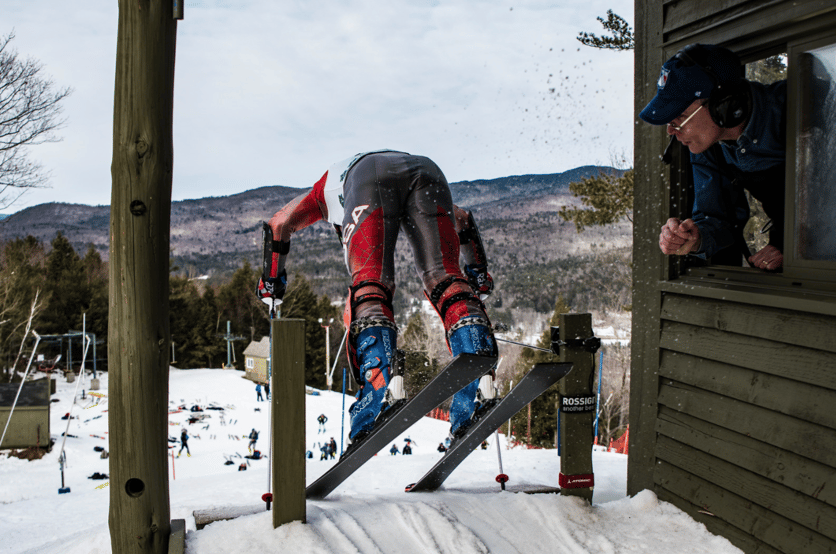 The Gold Level Certification provides unique professional development opportunities for staff, affords the school participation in regional and national leadership forums, and access to aggregate data specific to podium certified clubs. As Proctor continues to support its snow sport programs, coaches, and athletes, Director of Athletics Gregor Makechnie ‘90 notes, “Our students and coaches benefit from our partnership with USSS as we endeavor to deliver the best possible on-snow experience. U.S. Ski & Snowboard is a phenomenal resource, helping us to hone our approach to enhancing performance through assistance with training strategies, coaching methodology, strength and conditioning, and sport psychology. For Proctor, it is gratifying to be acknowledged through Gold Certification for our commitment to high level on-snow experiences coupled with rigorous academics and rich social experience for high school-aged students.”