Each spring, Proctor's theater department works magic to build a detailed set, create elaborate costumes, and rehearse for endless hours in anticipation of the Spring Musical. This year, the theater department chose Urinetown, a satirical comedy that satirizes big business, social irresponsibility, the legal system and much, much more.

The show begins with a pessimistic message from Officer Lockstock (Raziel Rosenberg '17) describing the severe drought that has led to a mega corporation (Urine Good Company) to control all facility usage in the town. In other words, you have to pay to use the toilet. An eventual revolution against Penelope Pennywise (Grace Migliozzi '16) by Bobby Strong (Jay Pier '17) combined with his complicated relationship with UGC's president Caldwell B. Cladwell's (Nick Ho '17) daughter, Hope Cladwell (Cope Makechnie '17), eventually lead to the town's demise. 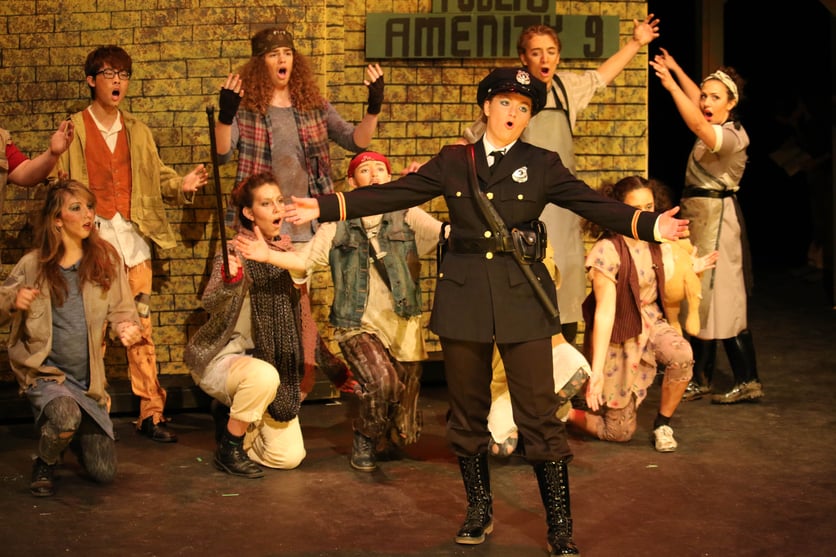 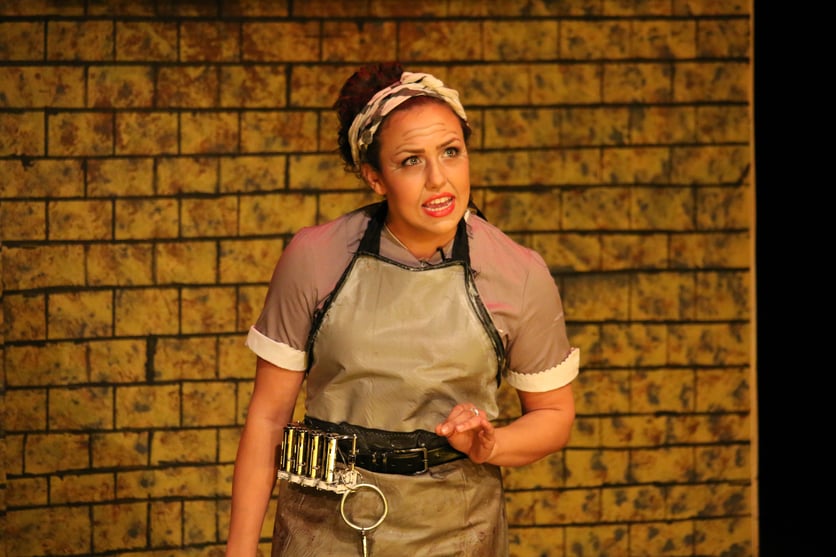 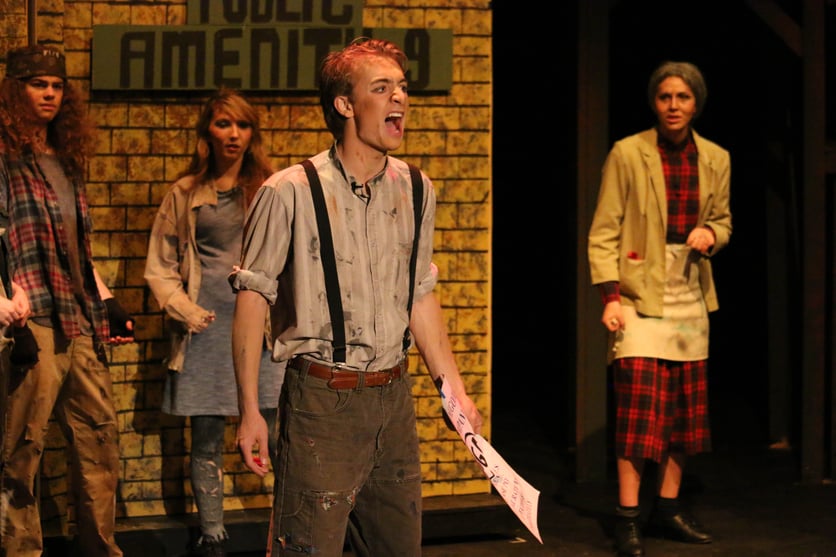 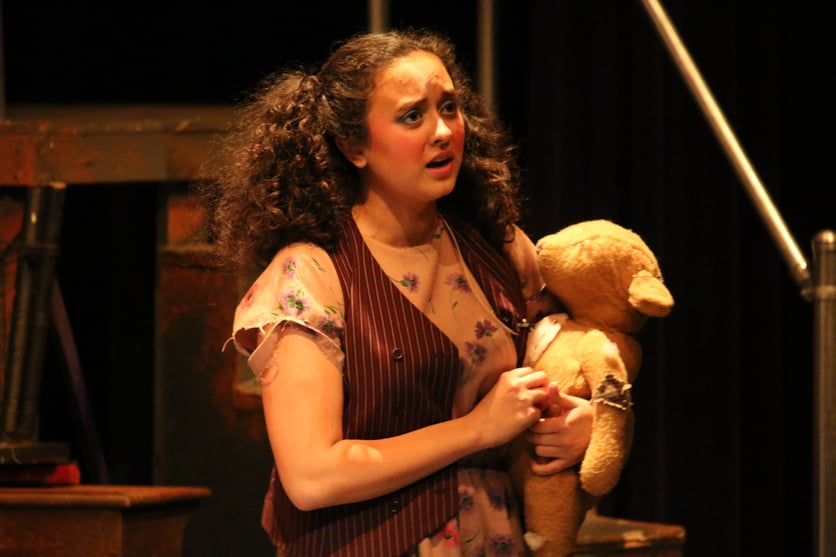 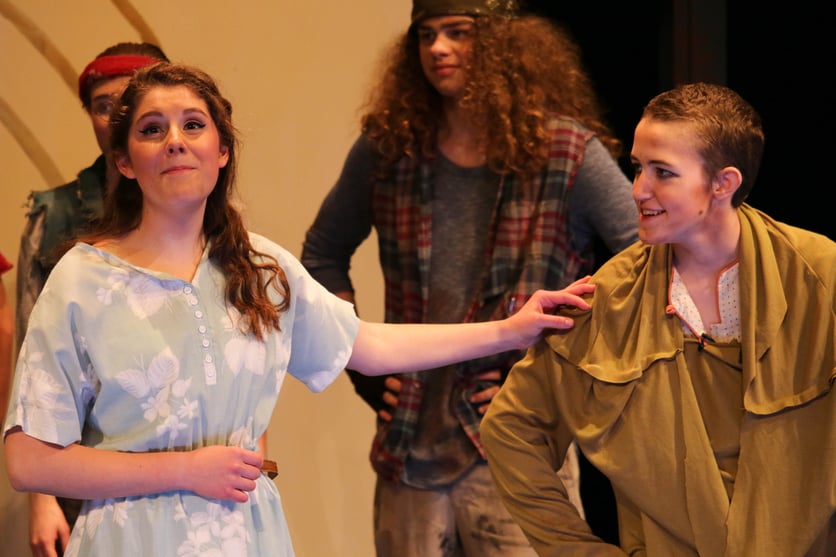 As you head to the Wilkins Meeting House Friday and Saturday evenings at 7:00 PM (reserve your free tickets at the link below), pay attention to the details that make the show so good. The choreography, the costumes, the makeup, the set. While the actors on stage steal the show, the work behind the scenes is just as important to a successful showing. This year's spring musical is truly a team effort. 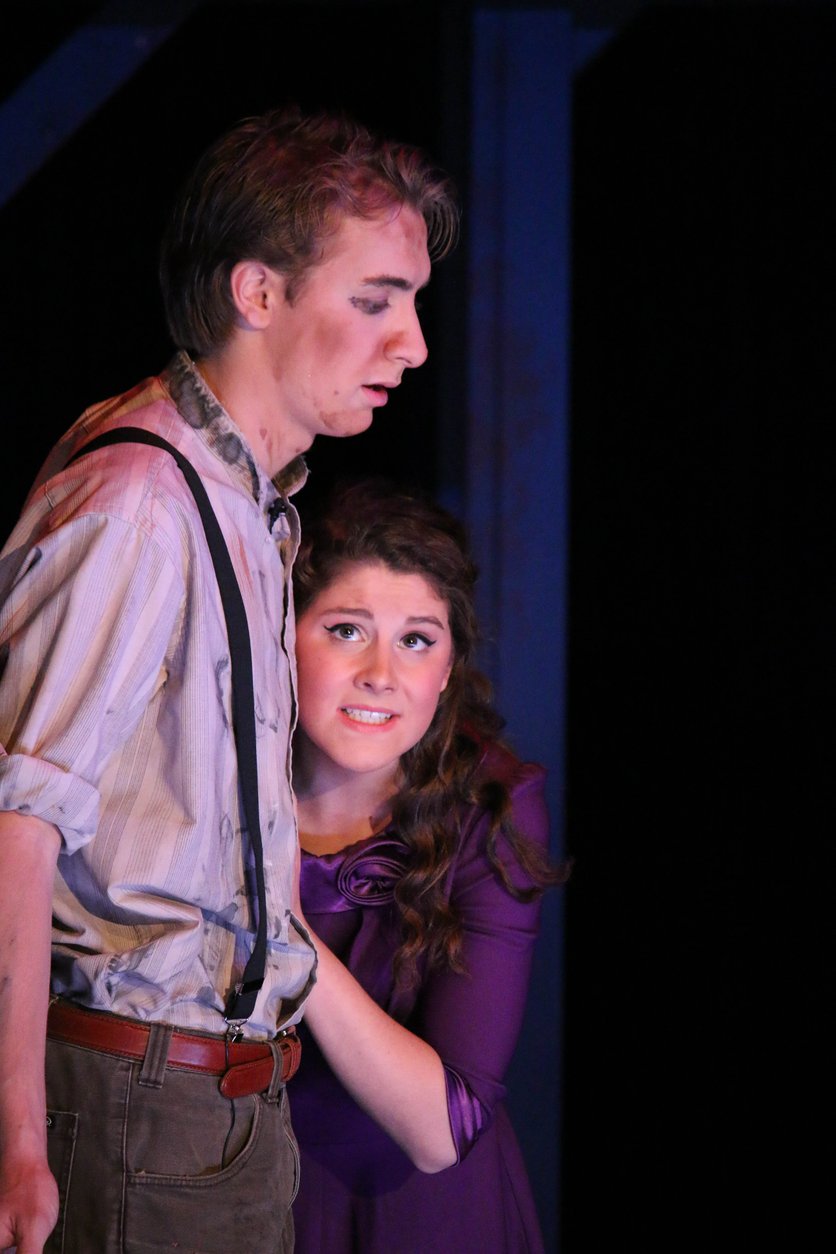 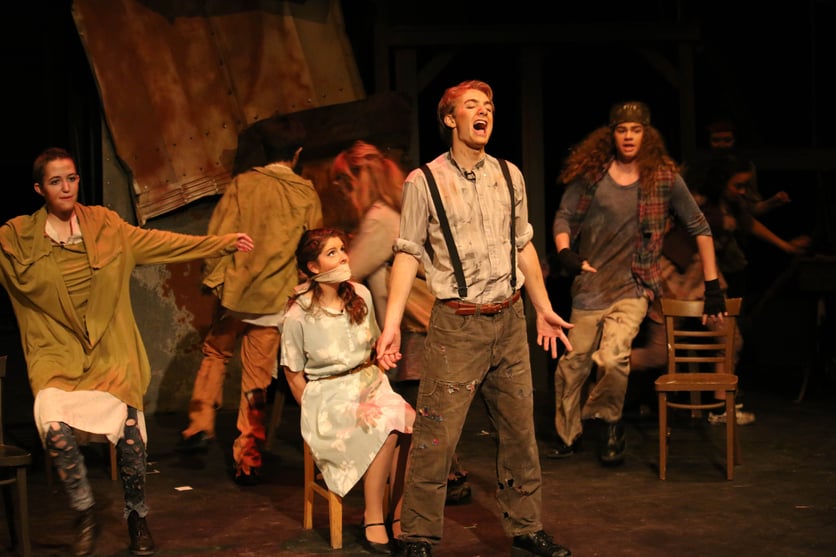 Congratulations to Director Michael Littman, and to Jen Summers, Joan Saunders, Rob St. Cyr, Kyle Tremblay, JR Linden, and all the other faculty who helped shepherd this year's cast and crew to this culminating weekend!