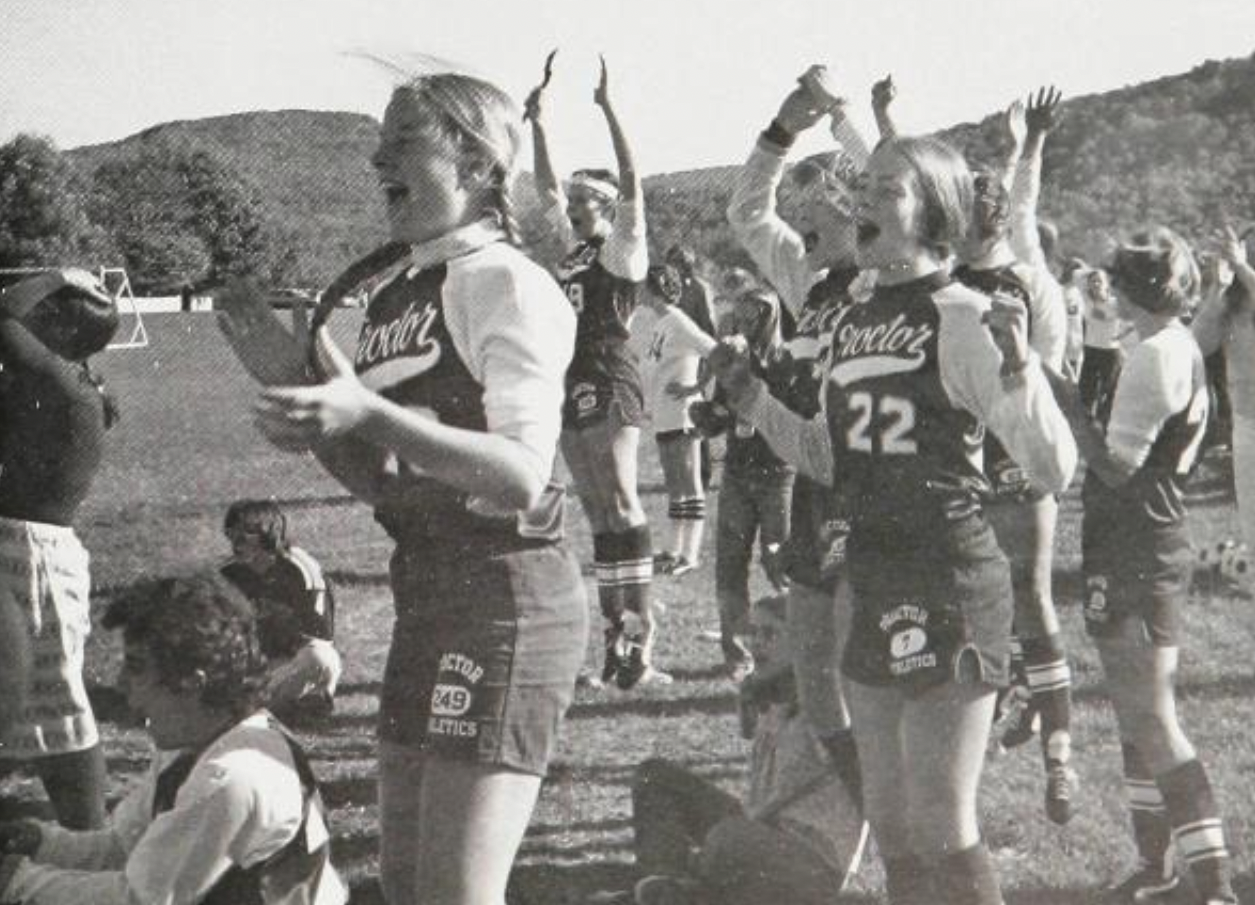 Today, we recognize those women (and men) who built Proctor’s female sports programs starting with basketball, volleyball, and lacrosse in 1974, followed by soccer in 1975, cross country running, tennis and skiing in the late 1970s, softball in 1980, and ice hockey and field hockey in 1981. 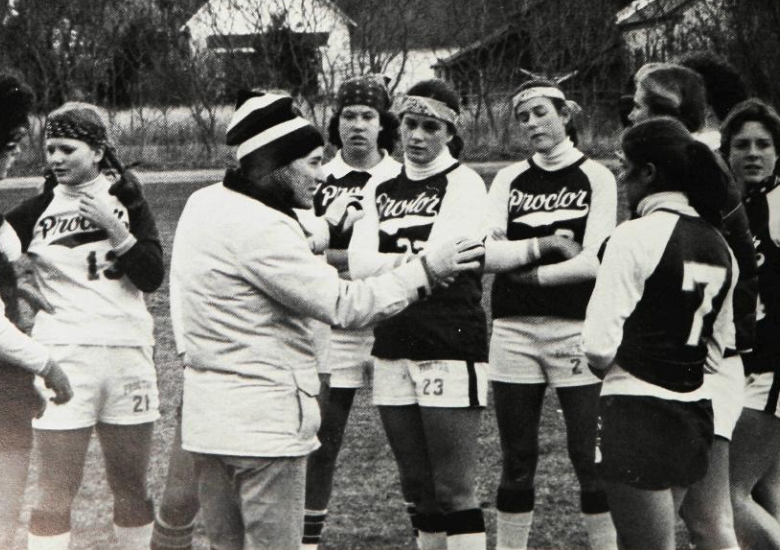 Some of Proctor's earliest female coaches, like Sarah Will pictured above with the girls varsity soccer team in 1981, were crucial to the development of female athletics at Proctor. Sarah recalls coaching both the varsity and jv girls soccer teams, driving the bus to coach back to back games, and then returning late to campus to her family, plenty of English papers to grade, and dorm duty. To this day, the commitment of our coaches to their players, teams, and the school is absolutely critical to the building of a strong school culture. 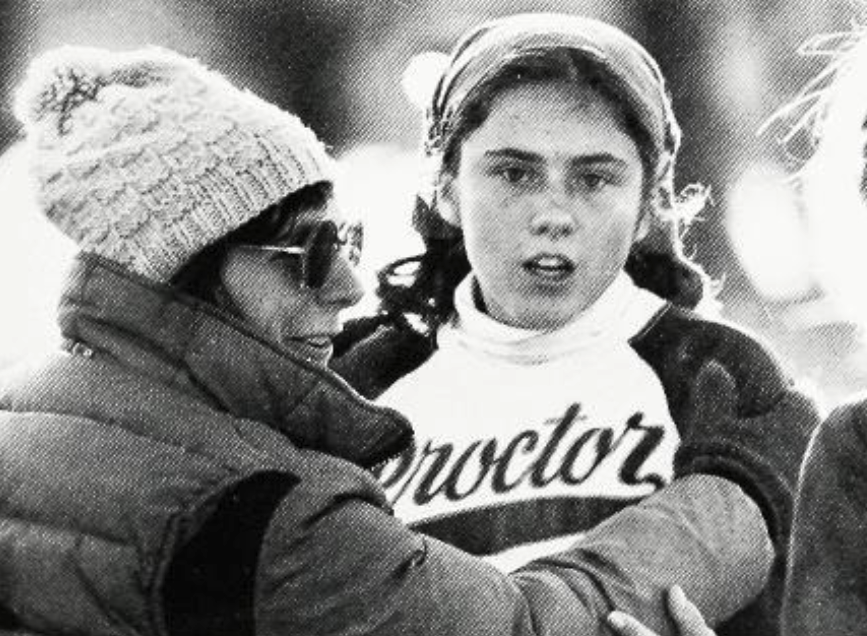 Dani Hinkley (above) was Proctor's first girls soccer coach, as well as a ski and softball coach, helping lead the 1978 soccer team (below) to an undefeated 14-0 record. Dani was inducted into the Athletics Hall of Fame alongside her husband, Bert, at this past June's Alumni Reunion. 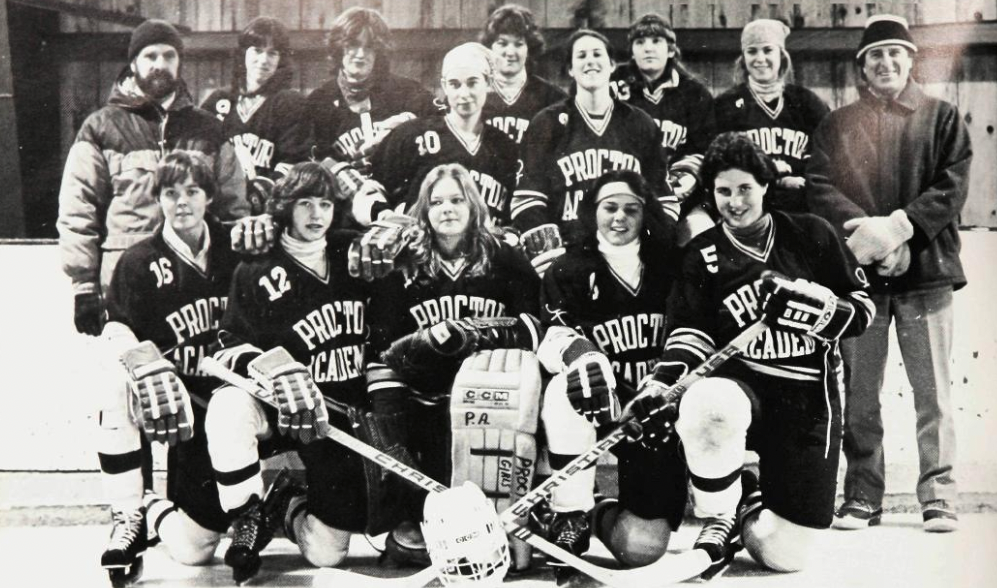 A look through old yearbooks from the mid-1970s visually shows the rapid evolution of women's sports at Proctor. The image below is from the 1974 yearbook and Proctor's inaugural girls basketball season. Yes, in 1974 some girls basketball players wore dresses during competition!

Today's Proctor female athletes have access to participate in 21 varsity sport offerings. These opportunities would simply not exist without the passing of Title IX and the national movement to support women's sports. We know there is still much work to be done on the national level around pay equity and opportunities in professional sports, just as there is more work to be done to support non-binary athletes participation in high school athletics. Relationships formed through athletics are absolutely critical to a school's culture. Our goal at Proctor is to lead by example, to continually evolve, to listen to our students, and to work tirelessly to ensure students and coaches have positive experiences through athletics. 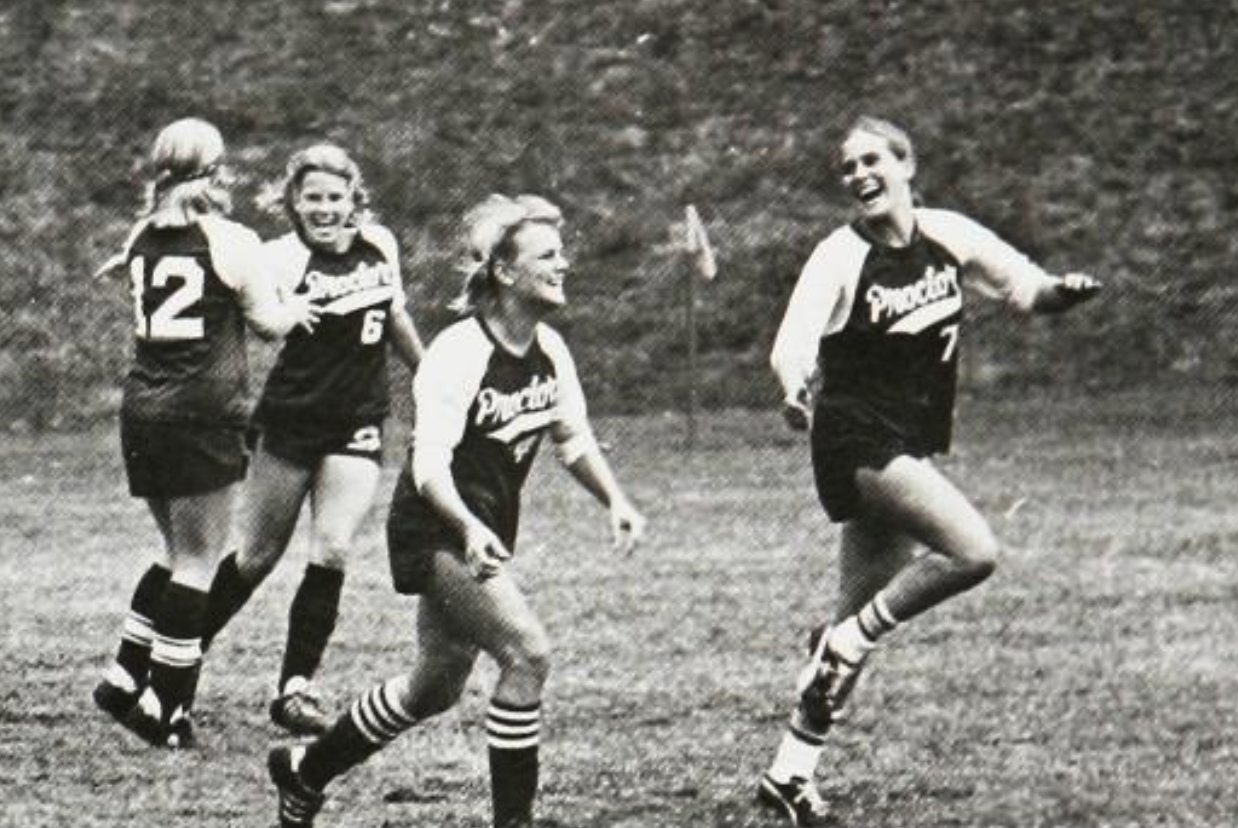