Proctor's Cross Country Running team often flies under the radar during the fall athletic season. Perhaps it’s because the team, like Mountain Biking, only has one (maybe two) home races a season. Or maybe it's because their training takes them to the far reaches of the Proctor Woodlands and only periodically pass through the center of campus for others to see. This lack of notoriety does not impact the commitment this dedicated group of athletes puts into training and bettering themselves as athletes.


Wednesday’s Northern New England Invitational race held at the Proctor Ski Area drew nearly 200 racers from nine New Hampshire prep schools. Head Coach Ross Young was pleased with his team’s performance, but reiterated their goal is to improve as a team of runners over the course of the season. “Of course we all work hard in races and strive to win both individually and as a team, but we believe the best way to achieve success is to focus on our fitness and running and less on the competition.” 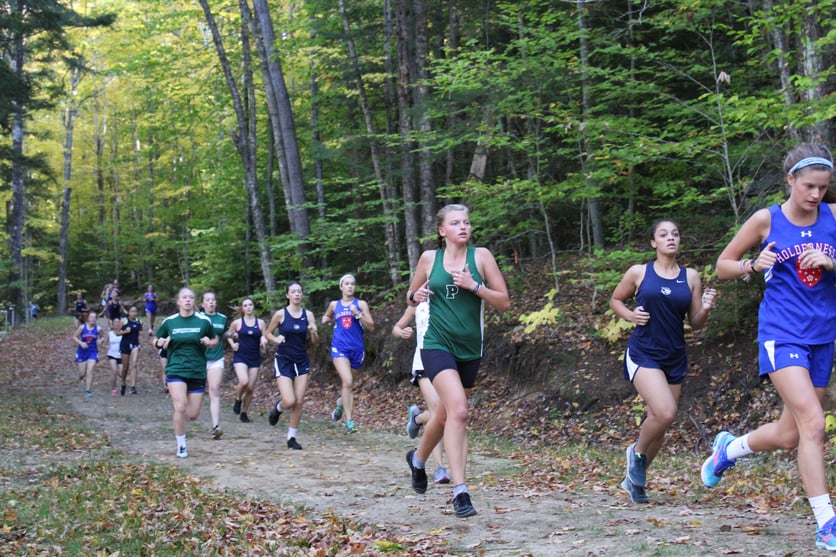 That collective, long-term progress was evident in yesterday’s race as Andrew Harrell ‘18 remained undefeated in the league winning the boys’ race with a time of 19:15. Nathaniel Perkins (20:41), Jon Tilton ‘18 (21:07) and Jaz Salem ‘17 (21:39) were close behind and helped Proctor earn a second place finish (just 1 point behind Holderness) on the day. The girls placed 5th in yesterday’s race (including 7th and 8th place finishes by Katie Ball ‘17 and Madison Clarke ‘17), and continue to improve their times as the season progresses. Ross notes, “Andrew has been great this year, and has Jon and Jaz as very good 2nd and 3rd runners which makes our team tough to beat. Madison has been getting much faster in each race, climbing up the results board, while Ingrid Cole-Johnson ‘20 has also worked her way up the ranks to score for the girls.”

While individual finishes often garner the headlines, it is the invaluable work of athletes like team captain, Liza Orne ‘17, that are the glue that holds a team together. Ross reflects on her impact on the team, “The whole team just wouldn't be the same without our captain, Liza. She is at the center of our success by keeping us all focused on the goals at hand and leading by example.” Orne deflects her coaches praise while also recognizing the hard work her teammates put in every day, “This year we have a solid group of runners. We have a mix of both strong returning and strong new runners to the team. We all work well together other and are very supportive. We are going to keep pushing ourselves in our upcoming races and we are excited about the rest of the season ahead of us!”

Thanks to Sophia Matthes Theriault '17 for taking images of yesterday's race and to Dylan Conrad '19 for the drone video footage!