At 3:45 Sunday morning a group of 40 students and faculty will leave Proctor’s Stone Table bound for a day of peaceful protest at The People’s Climate March in New York City. Driven by the efforts of Eco Dorm and Proctor Environmental Action, the group will join hundreds of schools, environmental and labor groups, scientists, and community organizations in what is being billed as the largest climate change demonstration in history. 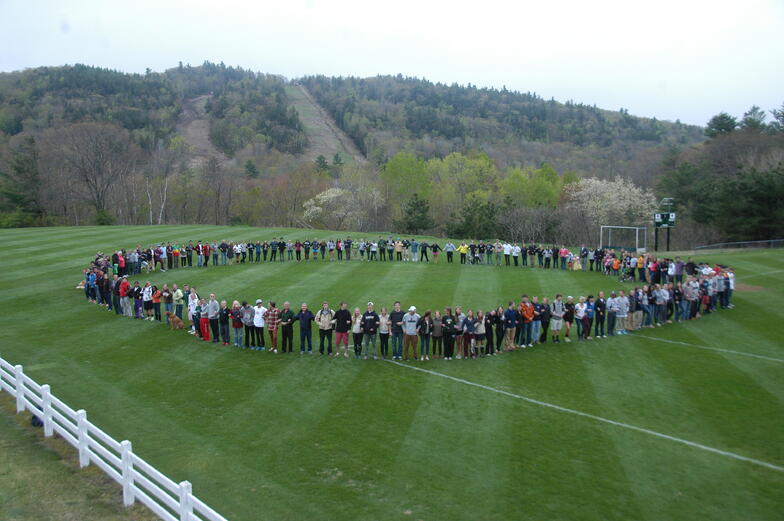 The march coincides with, but is not a protest against, Tuesday’s United Nation Climate Summit. “We march to represent those who have a voice in what their future looks like—we march for the future, we march for the voiceless; we march for my great-great grandchildren,” says Proctor Environmental Coordinator, Alan McIntyre.

Eco Dorm and PEA have been busy prepping for the march. In the first two weeks of the term, they have organized a Proctor-wide viewing of 350.org's movie Disruption, about the climate change movement; designed t-shirts for the event; and made banners and ribbons for the marchers to carry with them in the streets.

“I think it’s great that Proctor students are able to get involved, because by taking to the streets we have the opportunity to shape our futures,” says Eco Dorm member Gracie Hovem ’16. Hovem adds, “Every generation has had to fight for what they believe in. If we do not fight for this, the effects will be truly devastating.”

English teacher Peter Southworth, who will attend the march Sunday, agrees, adding, “This is really about stepping up and doing something—actions speak louder than words.“

The Proctor community has rallied around the demonstration. As Eco Dorm member Hal Ford ’16 states, “I think everyone on campus is really positive about the march.” Oliver Harston ’15, who will attend the march, adds, “For the students and faculty that are going to New York something’s really kicked in—the news about climate change has really had an affect on them.”

While no international agreements on climate change are expected out of this week’s UN summit, the negotiations taking place will greatly influence whether or not the UN will succeed in pressuring its members to commit to a legally-binding and universal agreement on climate change at the UN Climate Change Conference to be held in December of 2015 in Paris.