The Proctor Woodlands Center is a project that has been three years in the making. Through the support of generous donors who understand Proctor's deep connection to the natural world and surrounding woodlands, this building will transform the life sciences at Proctor. With an estimated completion of July 2022, the Proctor Woodlands Center will be open for science classes starting next fall.

When designing this new science building, architects and members of the internal design committee sought to incorporate the very woodlands to which the building would serve as a gateway. Jack and Jake Bronnenberg, longtime partners in managing and harvesting Proctor’s woodlands, identified a stand of trees near Elbow Pond that could be milled and used for the timber frame construction. Jack and Jake, pictured below, harvested these trees in the late summer and sent them to Tamworth, New Hampshire where they were milled and prepared for framing. In December, the timbers arrived back on campus ready for construction. 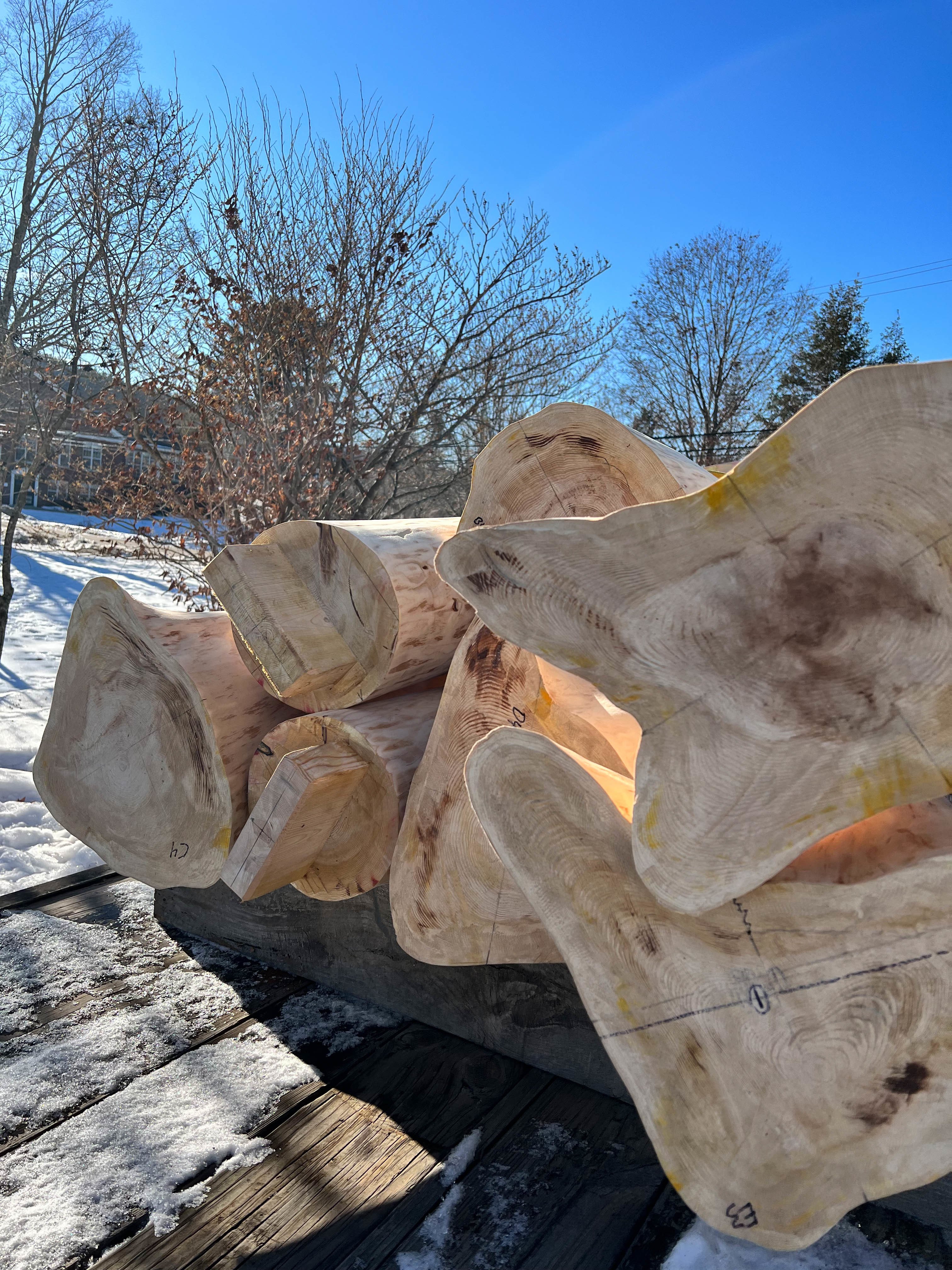 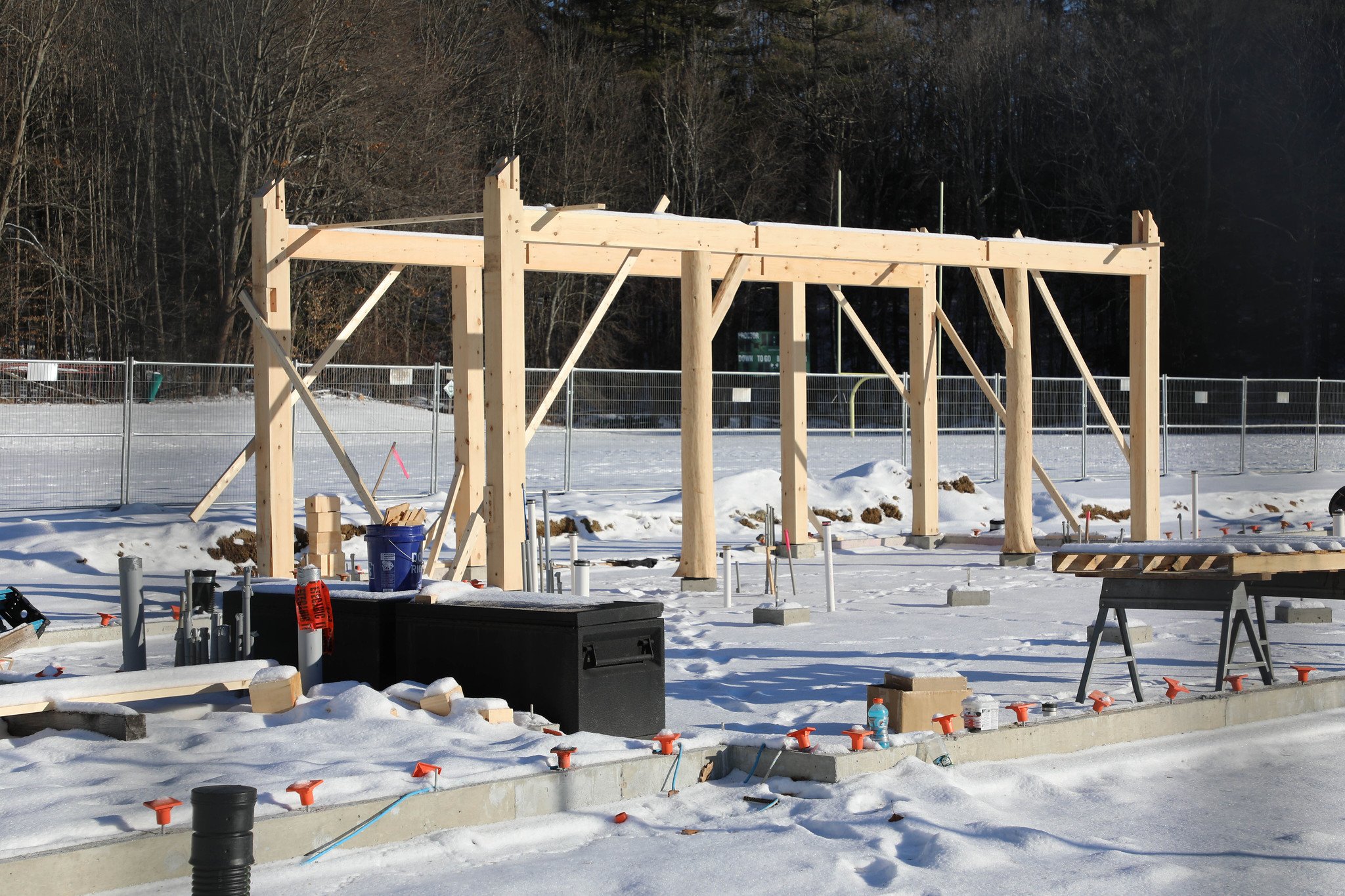 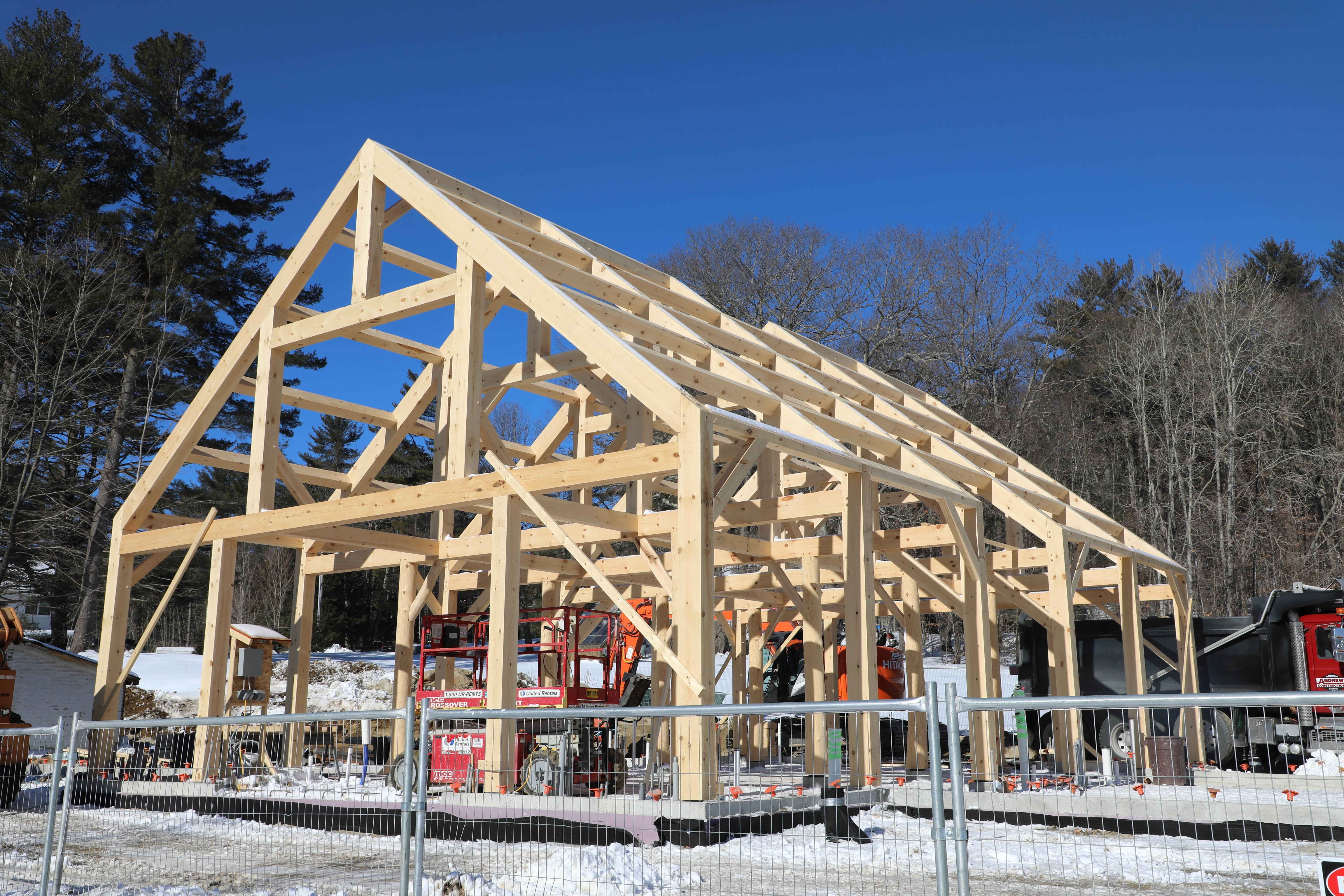 Throughout January's frigid and February's volatile weather, contractors have continued to make progress on the exterior of the building, allowing us to see roughly what the finished space will look like. A few weeks ago, while drilling a channel for plumbing lines and conduits for wiring, excavators hit the dreaded ledge that runs under much of campus. Residents of MLS, Guilick, and Sally B dorms were just as relieved as contractors when the ledge was finally removed. Thankfully, crews have made up ground in other areas, allowing the construction process to remain on schedule. 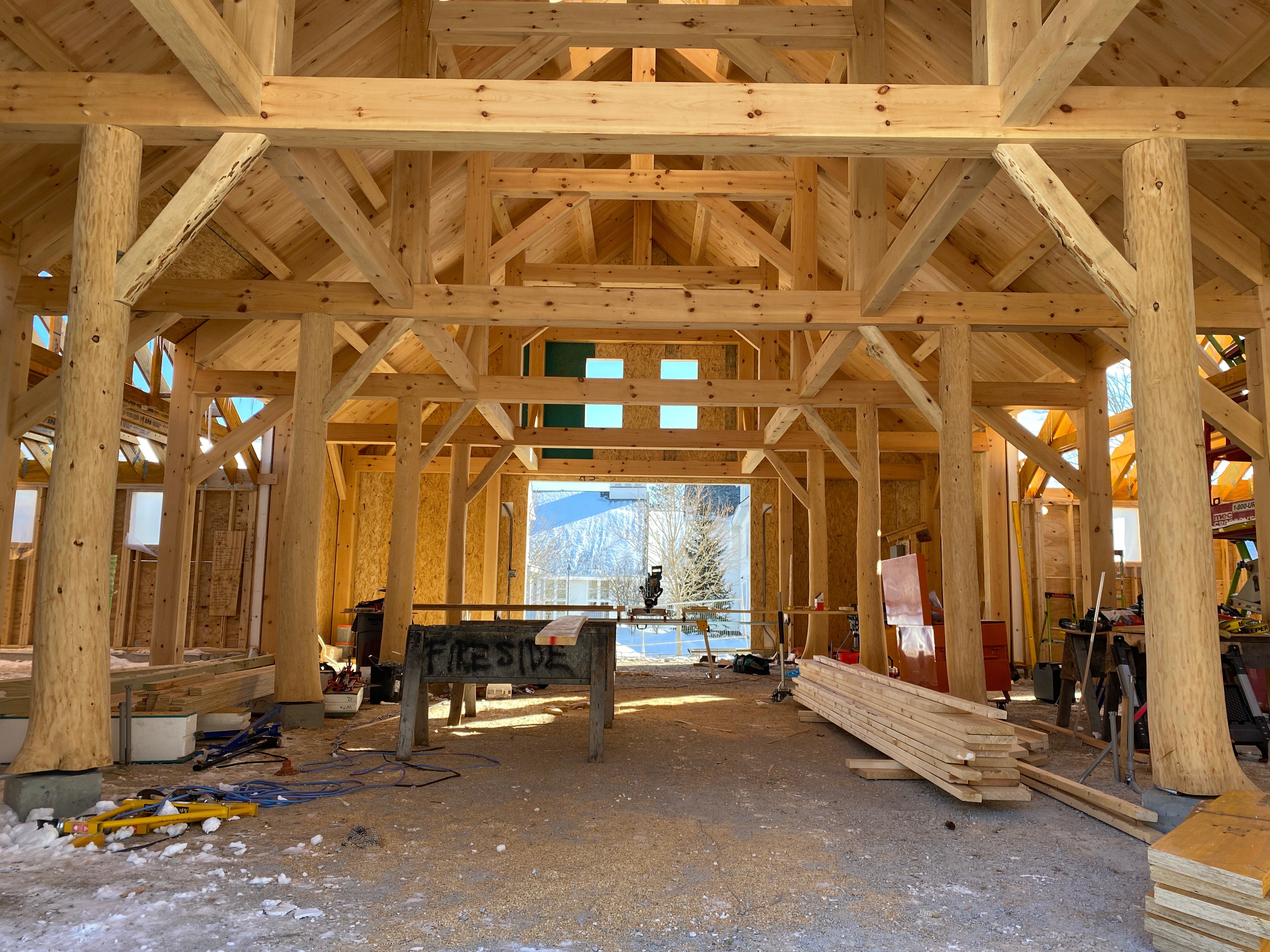 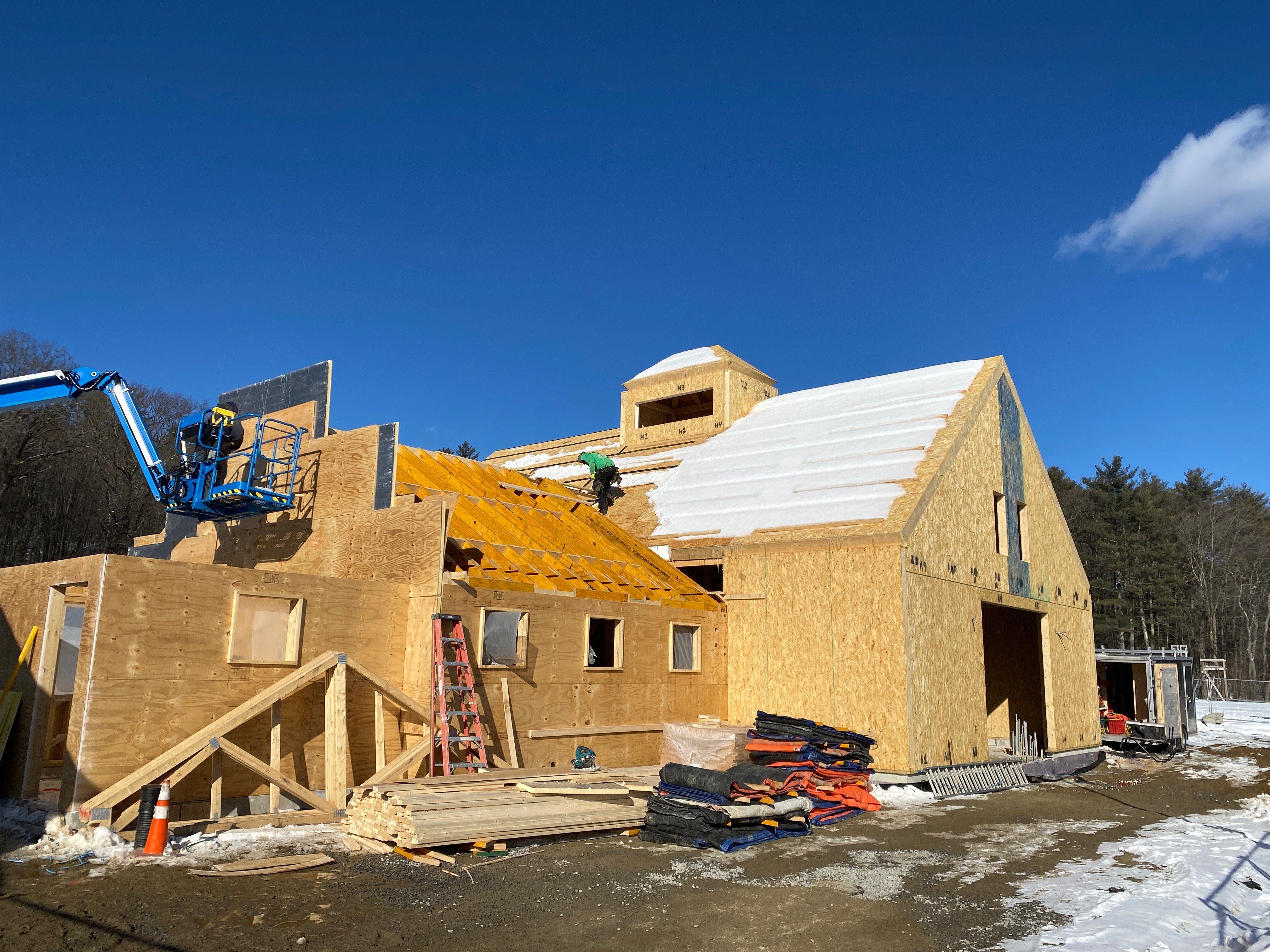 In addition to the classrooms, lab space, and open naive in the center of the building, a greenhouse will be placed on the eastern side of the building (schematic below). We cannot wait to see how this building transforms access to and exploration of Proctor’s woodlands!