Project Period 2018: Reliving the Adventures of a Lifetime

Today marks the first day of classes for the Spring Term. The sun is shining brightly, while the still-freezing temperatures remind us of winter's lingering grip on New Hampshire. As we move into this final stretch of the school year (graduation is just nine weeks away!), we look back at Project Period 2018 and remind ourselves why we commit four academic days to this endeavor each spring.

As a school, we periodically circle back to conversations about the value of Project Period; should we be spending four academic days on this parallel pursuit of knowledge and adventure? We are always so pressed for class time in some of our content driven classes, are we sure we don't want to just jump into the Spring Term classes a week earlier?  And then we experience Project Period first hand, listen to the excitement and energy that culminated in Saturday's community assembly where projects were able to showcase and talk about their work, and receive over 600 photos and videos from faculty sponsors in a four day period and are reassured there is real, tangible value in our educational model.

The history of Project Period is far from linear, as is often the case with programs at Proctor. Originally instituted as a weeklong immersive learning experience in 1972, the program evolved throughout the 1980s into a worldwide experience with groups sailing in the Caribbean, going on whale watches in Hawaii, and traveling to Europe. In the mid-1990s, Project Period was abandoned for a half decade or so, before it returned in the late 1990s with a different economic model that allowed students to “pay to play” with different projects (this model was quickly abandoned as it cut against the core of who we wanted to be as a community). When budgetary concerns threatened the future of Project Period in 2009, student leaders (successfully) protested its demise, and a further streamlined model was put in place that still exists today. While we will likely continue to iterate on the program into the future, we applaud Patty Pond (Project Period Coordinator) for her remarkable efforts organizing the past four days. Thank you Patty! 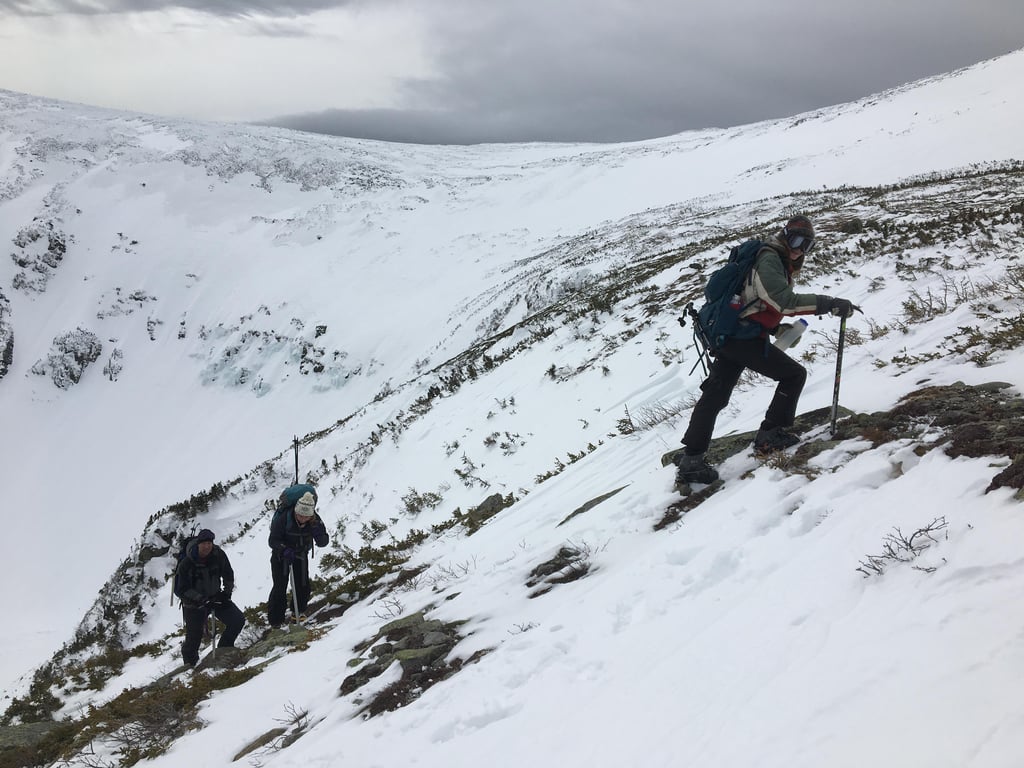 We wish we could feature the work of all 37 projects, but know none of you would scroll that far down a blog post. So instead, we've picked out a few to highlight and have linked to a Flickr photo album of ALL the projects in action below. Enjoy this brief window into Project Period 2018! 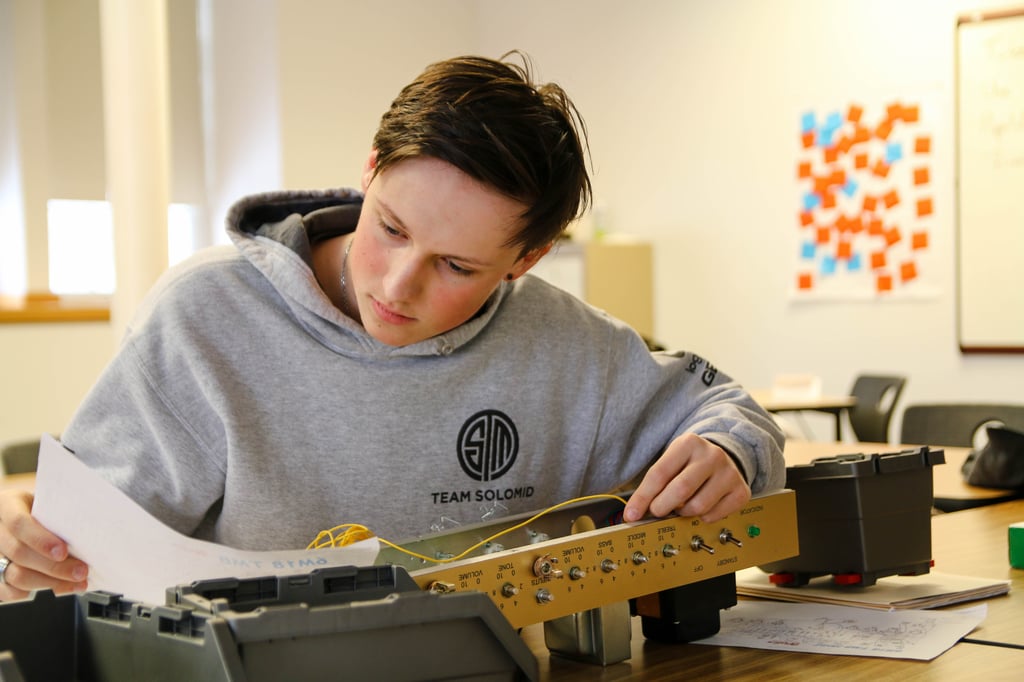 Geoff Sahs and his group built (above) and then tested (below) amplifiers from scratch - including soldering, wiring, and building the external case. It was an ambitious task for three and a half days, but so awesome to watch students gain an appreciation for the technology and intricacies of the equipment they use. 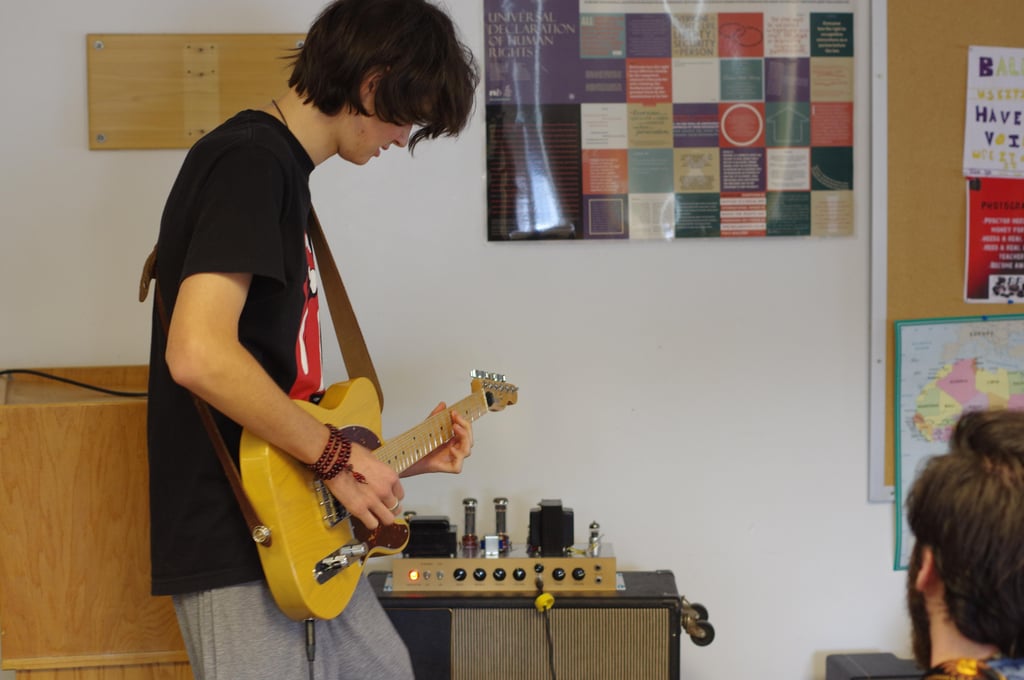 On the other side of campus, Scott King's home recording project (above) produced a number of short recordings they shared with us. Listen to Dani's, Ivy's, and Henry & Nate's work HERE.

Some of our favorite photos from early in the week came out of the knife making project during which students took raw steel and using the expertise of Gordon Bassett '95 and a guest blacksmith, forged beautiful handmade knives from scratch. Above, the group is putting finishing touches on their blades before showcasing their work in assembly Saturday morning. 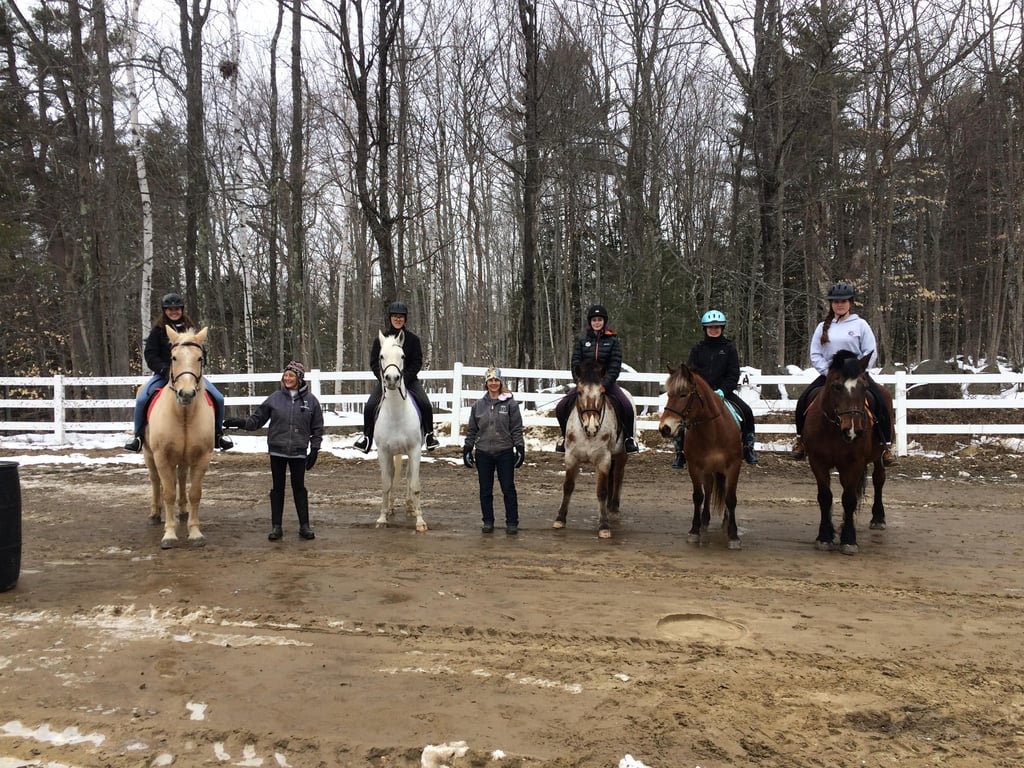 The Mindful Riding group had a great week learning about horses, helping out at the barn, and volunteering in the local community. Many thanks to Terry and Shauna for sharing awesome photos and short video with us!

The Obscure Olympics group and the Whole 40 group joined forces at the Title IX Boxing gym on Thursday. One faculty sponsor in particular commented on his soreness the next day, but both groups had a blast and experienced a great workout that afternoon. 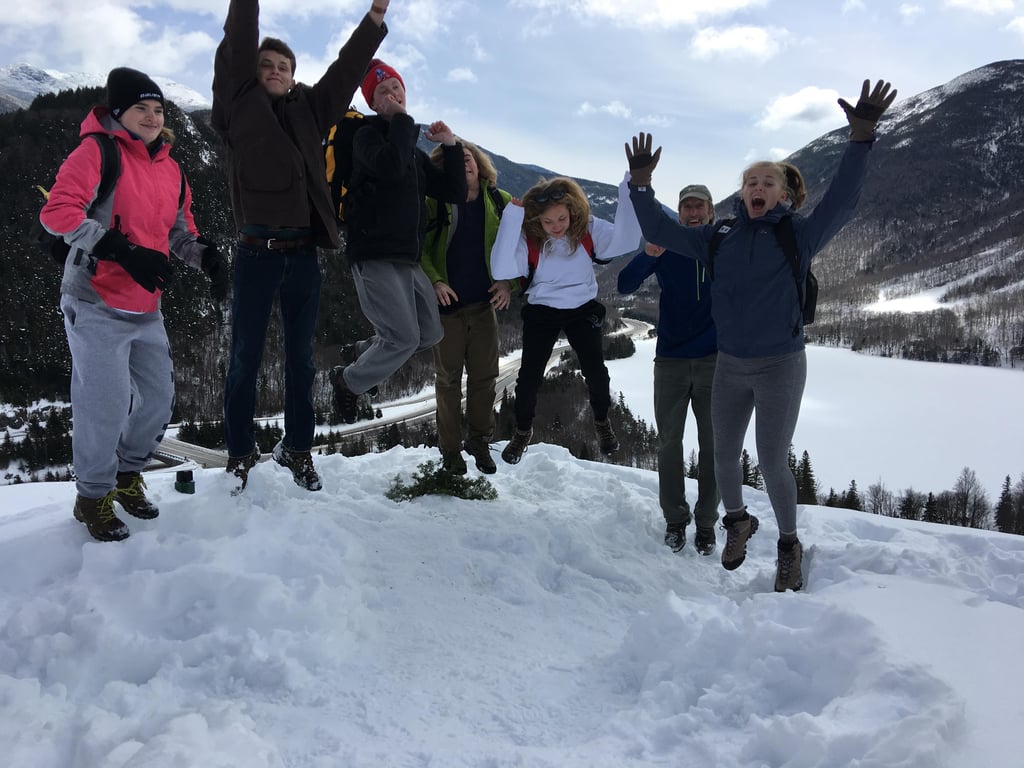 Doug Houston and Jim Cox led a group to the White Mountains for the week and sent some amazing photos of their hiking and adventures. 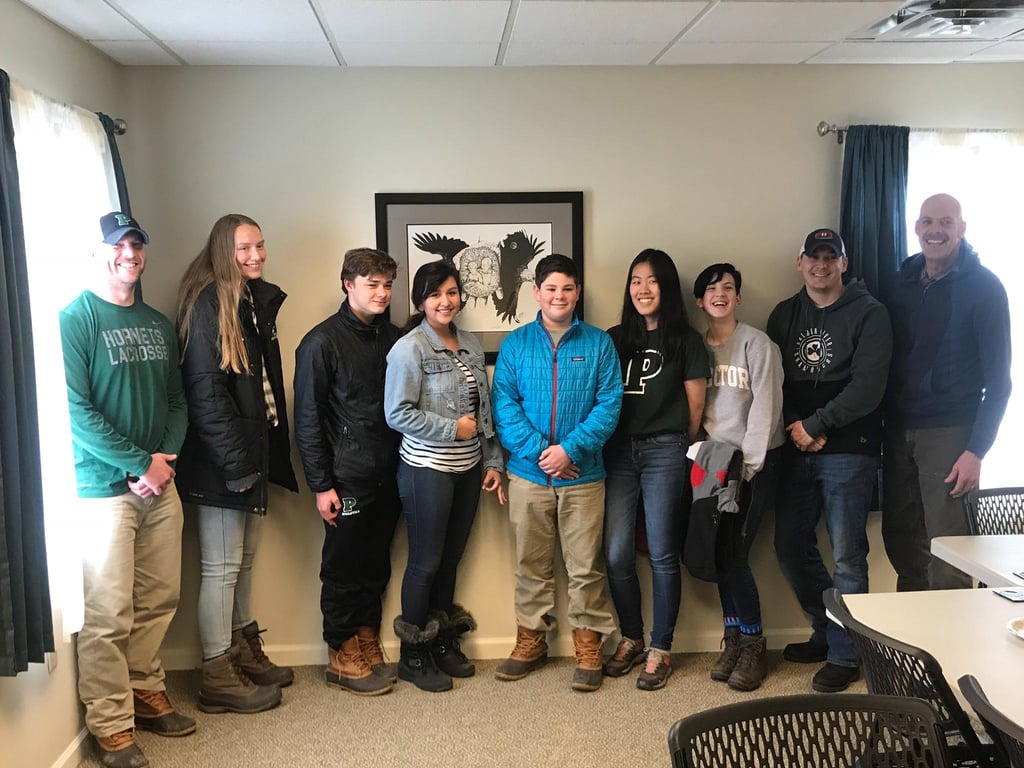 Mountain Bike coaches Chris Farrell and Jen Summers took a group of girls mountain biking in North Carolina for the week. While a few girls were experienced riders, the rest simply wanted to learn something new. How awesome is that? 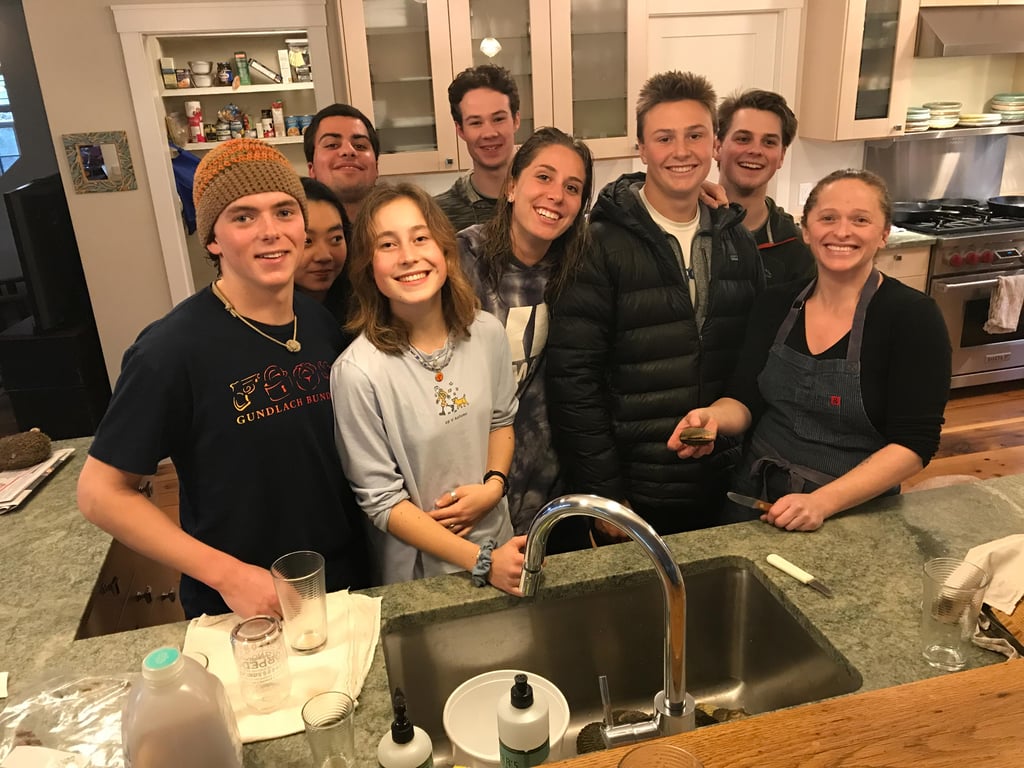 Lindsay Brown '01, Ellie Moore, and Melanie Maness' group headed to Nantucket to explore the island, learn about its history, and, of course, visit with Lindsay's Proctor roommate, Taylor Cullen '01. The group harvested, shucked, and prepared oysters for the first time.