Each of our lives are shaped by individuals who take the time to appreciate our individuality, to ask questions, to challenge us to dream, and, in turn, push us to become better versions of ourselves. Institutions are no different. It is with great sadness that we share the passing of former Head of School David Fowler, a leader who transformed Proctor during his 25 years as Head of School and inspired generations of educators and students with his vision for what high school could be. 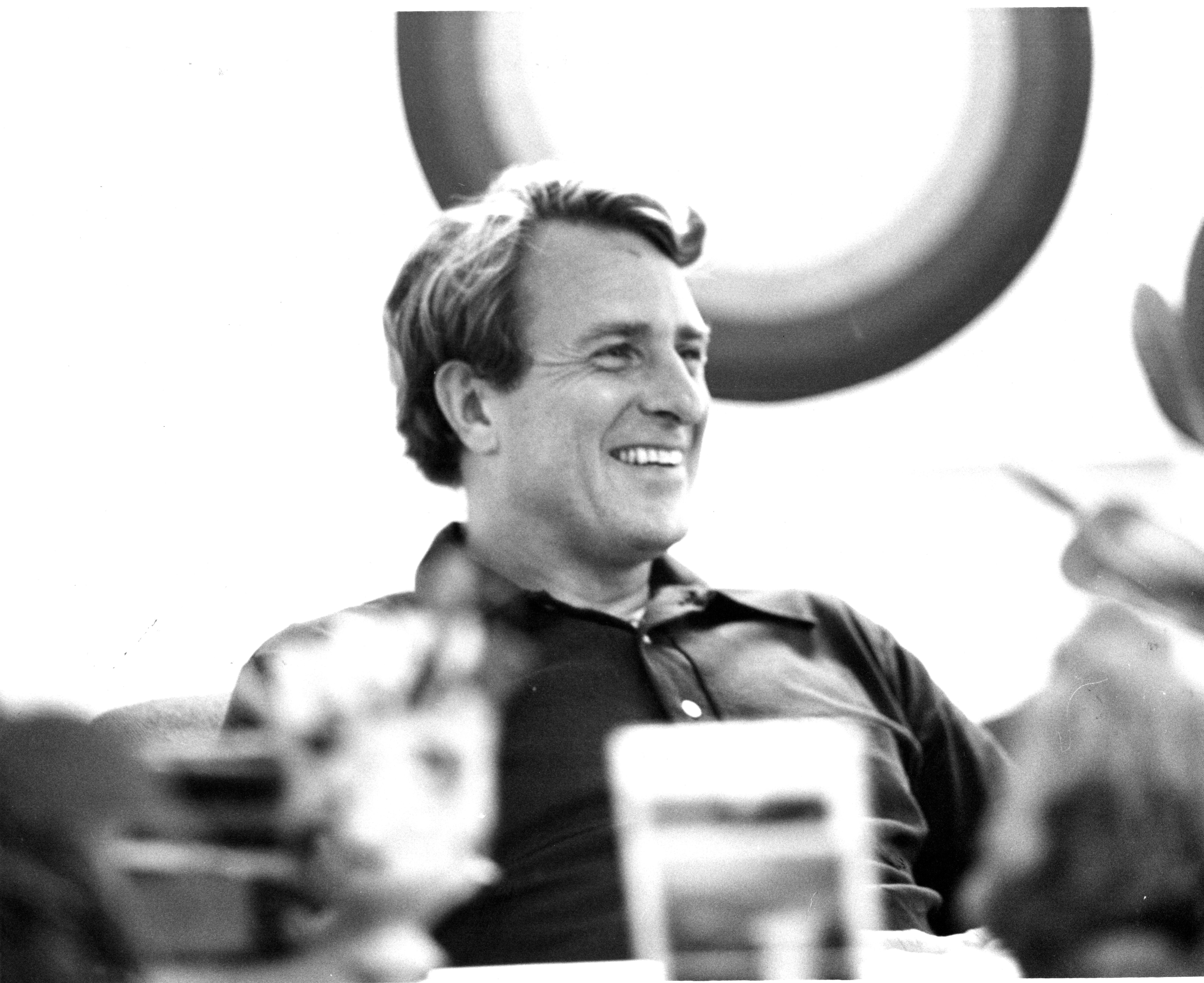 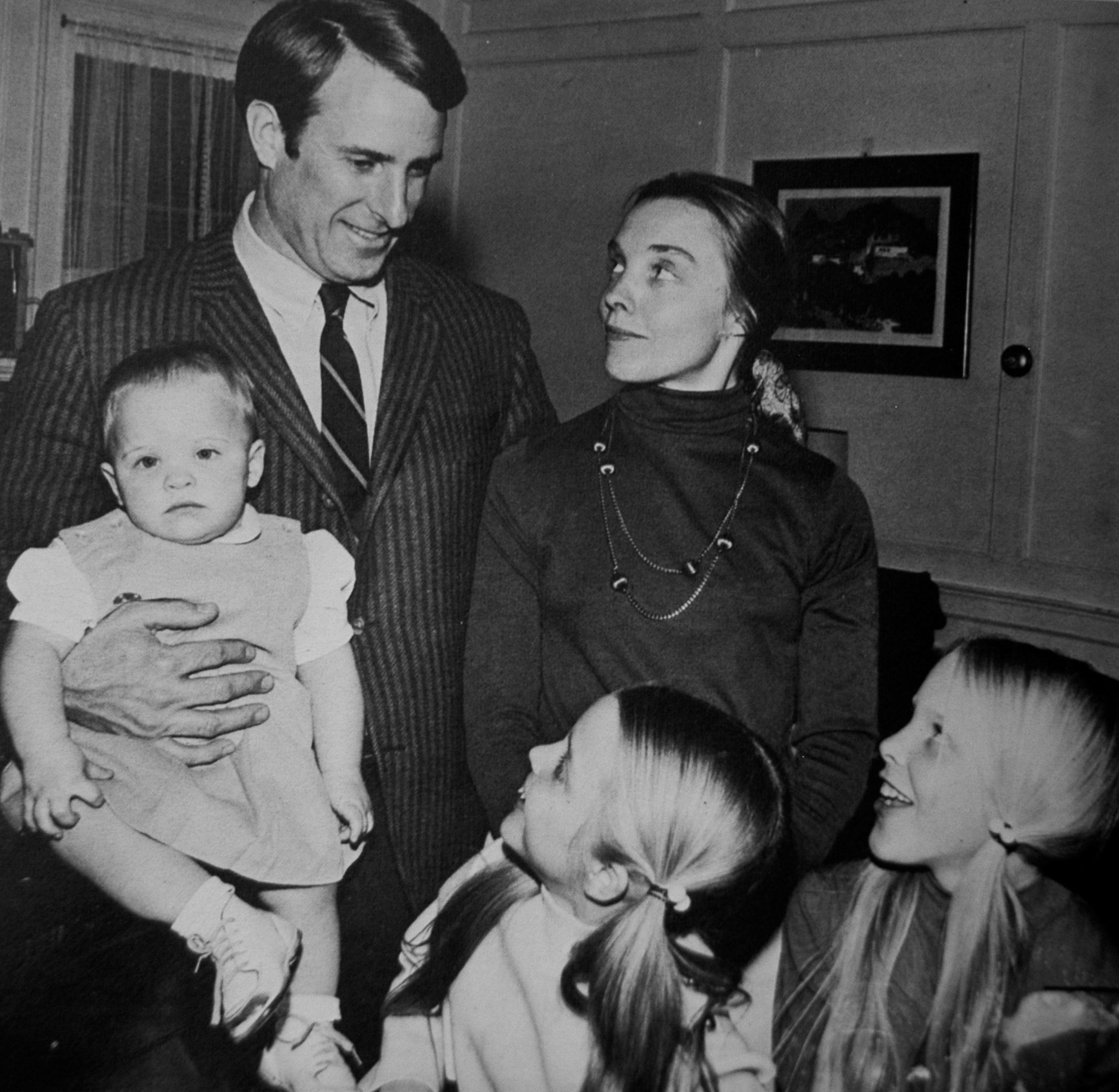 David arrived at Proctor in the fall of 1964 with his wife, Alice, and young family. A Marine and graduate of Colby College where he co-captained the football team, at Proctor David taught history, coached football, hockey, and lacrosse, and served as a dorm parent before being named Head of School in 1970. Recognizing a need for Proctor to evolve - the traditional all-boys boarding school model of the 1950s and 1960s was no longer thriving - David, alongside dedicated faculty, staff, and administrators, made radical changes to Proctor’s educational model. Inspired by the Outward Bound approach to relationship building and connection, Proctor adopted a first-name basis, a Wilderness Orientation program, committed to small dormitory communities, re-introduced a co-educational model, elevated the Learning Skills model through Alice's leadership, and designed and built novel off-campus programs like Mountain Classroom, Proctor en Segovia, and Proctor in France that immersed students in small-group experiences around the world. David had the vision for these programs, but they came to fruition because he trusted faculty to help the school evolve. The Proctor of today was born under David’s leadership. 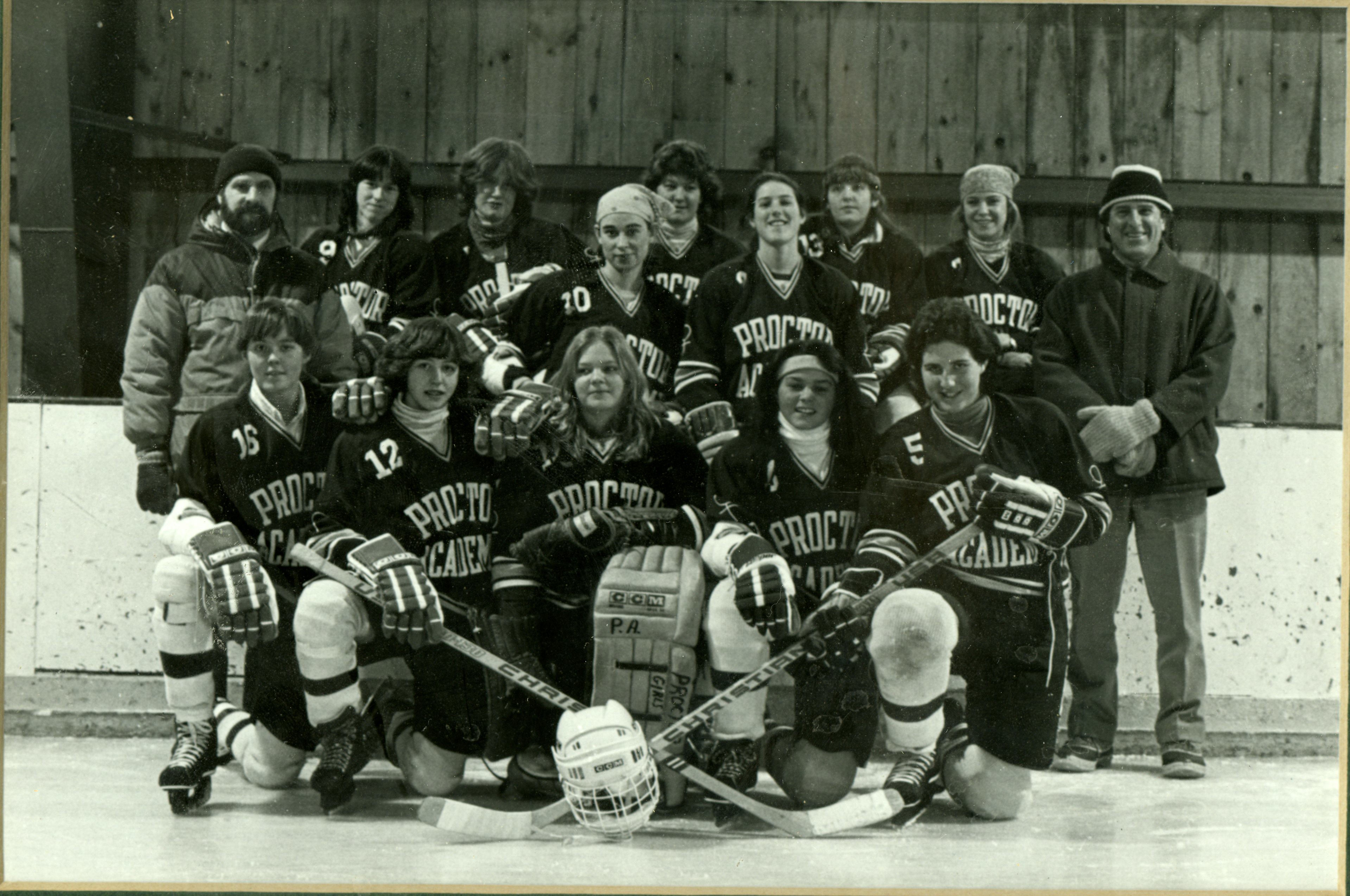 Leaders like David not only transform schools, but the people who make them. Perhaps David’s greatest legacy as a leader was giving voice to those whose voices were traditionally minimized in school communities: students, staff, and teachers. His ability to facilitate conversations, to upend and question the status quo, to dream about a school community designed by those in the proverbial trenches, attracted and inspired educators to live their lives fully alongside their students. David believed deeply that when adults in the community felt ownership over their work and were connected, fed, and energized by their colleagues, students would thrive. Since his time as Head of School, Proctor has continued to evolve through the boldness of its faculty and staff with the introduction of Ocean Classroom, European Art Classroom, Proctor in Costa Rica, new academic offerings, summer service trips, a recommitment to a connection with the Rosebud Lakota community, and so much more. 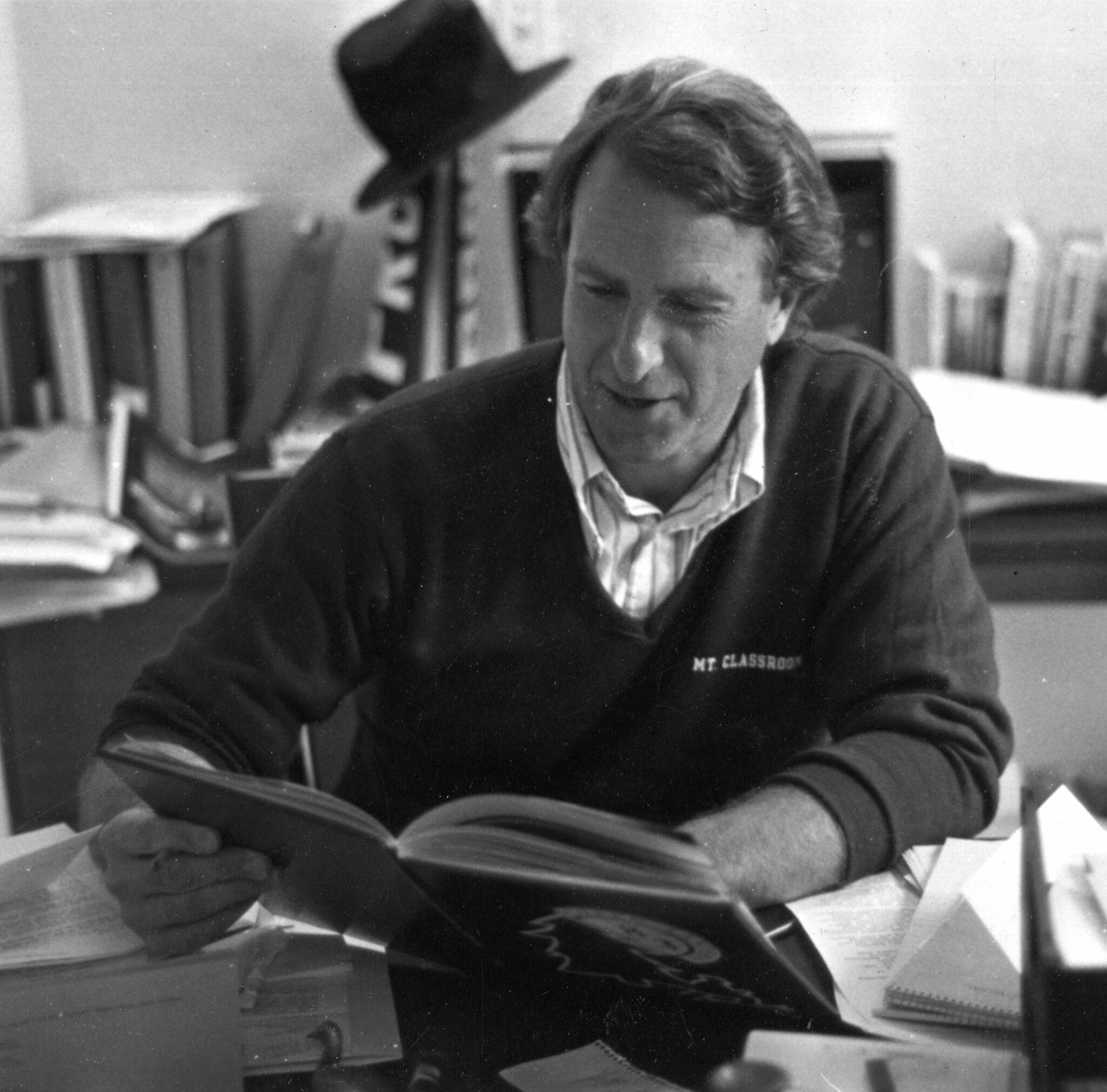 Having a vision for a school community and emboldening that same community to pursue the vision on an organic level are two very different challenges for a leader. David masterfully did both as Head of School. He helped clarify and provide language to the mission of Proctor; he did not shape Proctor’s mission after himself, but after what was best for students. If you worked with David you felt it. If you were taught by teachers under David’s leadership, you felt it. If you work at Proctor today, you still feel it. This is the power of strong, visionary leadership. It inspires stewardship of a school culture that transcends the leader’s time at the institution.

More information about honoring David's life will be shared in the coming days and weeks. Our thoughts and prayers are with the Fowler family. The following former faculty and heads of school shared reflections on David's life and his impact on Proctor. Please add your memories and thoughts in the comment section at the end of this post.

“David represents a turning point for Proctor, injecting a boldness into the school’s DNA that has always encouraged the community to pursue what is best for students and to shun the conventions of the time if they are not. That boldness has not left the school. He deepened Proctor’s commitment to the experiential while also staying true to supporting students with a variety of learning profiles. Did I know him well? Not the way those who worked for him or who were students during his tenure. Did I feel his presence? Every single day. And I tried to live up to, as we all must, the legacy he left behind. Not an easy task, but absolutely critical for the success of the school and its students.”

“Here's one truly remarkable feature of David Fowler's legacy: Twenty seven Proctor commencement ceremonies have been celebrated since David stepped down as Head of School. Although most never met him, everyone of the students who graduated after David's tenure benefited profoundly from his vision of a school that gave voice to its students and its faculty. The same impact will endure for all Proctor students for the foreseeable future. By redefining culture and programs of a northern New England boarding school, the faculty and David built an environment in which diversity is prized, difference is respected, and the status quo expects to be challenged. They built a school that dares to be complex and surprising: college preparatory and experiential, rigorous academically and supportive, informal and structured. No one, absolutely no one, has had a greater impact on more Proctor students than David Fowler.”

It was not an easy transition when, in the early 70’s, David first became Head of school. The country was immersed in the Vietnam morass. And private schools were hurting for admissions and struggling to find purpose. But under David’s leadership, Proctor moved from being a floundering traditional boarding school to a school which defined itself through thoughtful informality, a strong sense of community, diversity, academic support, and most significantly, through experiential learning. He believed to his core that learning through doing, learning through engagement, learning through accomplishment, learning through taking on challenges, and learning through the acquisition of confidence was the most effective form of education for teenagers. By his side was Alice, a champion of the Learning Skills Department and perfect partner in leadership for David, someone who embodied trust, care, and love for all in the community.

Once the “new Proctor” was established and running smoothly, David gradually shifted his energies to prioritize his most passionate intention–diversity, all kinds of diversity. Through entrusting faculty like George Emeny and Bert Hinkley to establish relationships with Lakota communities in South Dakota, a beautiful connection was born that remains today as witnessed at last week’s graduation.

A charismatic, dynamic leader, David believed in trust. He had wonderful hiring insight. “Hire good people.” He used to say. “Then don’t get in their way. We go, not ego.” David built a hard working dedicated faculty who believed in his objectives and his democratic leadership style. As a result Proctor enjoyed the continuity of having very little turnover in faculty. It was a rewarding place to be a student, and a rewarding place to be a faculty member. David was a man of many talents: a teacher, a coach, a farmer, a novelist, a poet, a hockey player, a skier, a runner, a fisherman, a woodsman, a hiker, a rock climber (even though he didn’t like heights), a paraglider, an environmentalist, an owner of parrots, and an artist. For most of us, David will remain larger-than-life in our hearts.

In 1971, David Fowler and I were finishing up a winter trip to Mount Lafayette with eight Proctor students. The last night we were all snug in our sleeping bags. Paul Schroeder who was a Proctor student with an operatic voice, started singing Elton John’s, “Sixty Years On.” I’ll never forget that winter night, the cold dark lean-to, and the warmth of that moment. It is now 60 years on and the David legacy thrives. David believed in experiential learning in the democratic process. Even if that democratic process involves end of the year faculty meetings that lasted three days, ending up with David‘s head on the desk- listening. We were together even in the awful times.There is no doubt that the togetherness began with David and Alice. They embodied the proverbial, “The whole is greater than the sum of its parts.” Suzy and I feel honored and happy to have spent all of our working lives at Proctor. Thank you David. And Godspeed. We will never forget you.

David’s leadership skills came from two places - a strong mother and father who embodied excellent moral high ground - and from team sports. David played football, hockey, and lacrosse at Choate and then at Colby College, and his understanding of the importance of a team and working together was perhaps his greatest strength. He trusted people, and people trusted him during a time, the early 1970s, when trust was in short supply, especially among young people. He lived the vision he had for Proctor, he embodied the vision of change from the traditional prep school world, and he attracted faculty who also embodied this vision for outdoor experiences, an outdoor classroom, using the mountain environment. It was magic. People followed him, believed in his vision, and trusted him. Throughout these early years of leadership, Alice was right there alongside him. They were such a great team, and she was such an important fabric of the mission of Proctor.

While David is not with us, his touch, vision and energy are all around us. Dani and I are headed back to Andover this weekend because of David Fowler. In May of 1975, as I was finishing my student teaching assignment in Durango, CO. I applied for an opening at Proctor teaching history, coaching alpine skiing and whitewater kayaking. David took a risk and offered me the job after a telephone interview. I am pretty sure that I was not the first choice of Bob Kmen, the Social Science Dept Chair. Look at my undergrad GPA and my major field of study, Physical Education, and I did not look, on paper, qualified to teach history at a college preparatory school. But David, looking at my life experience and skill sets, decided to take a chance. We dove into the PA lifestyle and remained there until 2007.

Neither Dani, nor I had come from an independent school background. I doubt that we would have stayed on at other more traditional places. But David’s way of leading was in tune with our way of participating in the Proctor Process. His “Big Picture” thinking, personal energy, and his willingness to listen all kept things moving. He gave us the reins to drive some of the things we were passionate about - whitewater kayaking, coaching skiing, soccer, and softball, teaching Proctor's first wellness classes, and experiential learning - and he made it possible for us to fit into and contribute to Proctor. We would not be returning for the reunion of 2022 had it not been for him taking a chance and then his willingness to listen to and support us.