Following the final whistles of today’s games, our attention shifts to a rekindling of the long-dormant end of season rivalry with that school up north. Born on the athletic field more than 100 years ago, Holderness Week took on new life in the late 1960s when former Colby College teammates David Fowler and Bill Clough were hired as football coaches at Proctor and Holderness, respectively. The rivalry intensified over the ensuing years as playful pranks between the schools unified generations of Proctor students and faculty in support of one another. Through the efforts of Holderness’ Rick Eccleston (son of long-time Proctor faculty member Tom Eccleston) and Proctor’s Gregor Makechnie ‘90, Holderness Weekend is back!

On Friday evening, the entire school body will travel the 45 minutes north to Holderness School to support the boys' and girl's varsity soccer teams with dinner served by Holderness in between matches. On Saturday, Holderness will return the favor and venture south where the rest of our athletic teams will compete against the Bulls. The winner of each contest will earn points for their school with the overall winner taking home the Holderness/Proctor Trophy for the next twelve months. On the surface, the weekend is about winning. At its core, the entire week is about community support and school spirit. 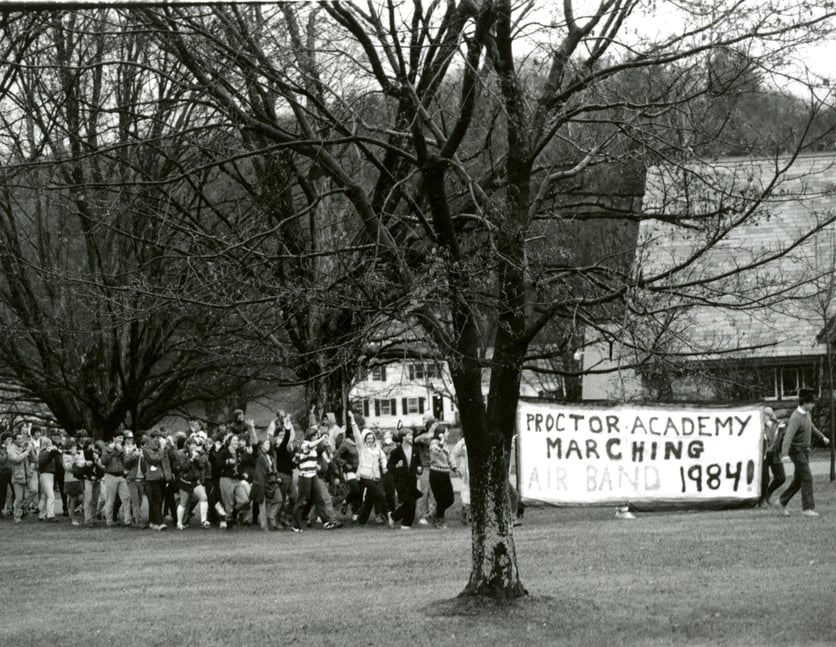 Starting with last Friday’s art show and theater performance, the end of the trimester provides an opportunity to support each of our students in their respective endeavors. The artwork on display at Friday’s art show was captivating for all ages. 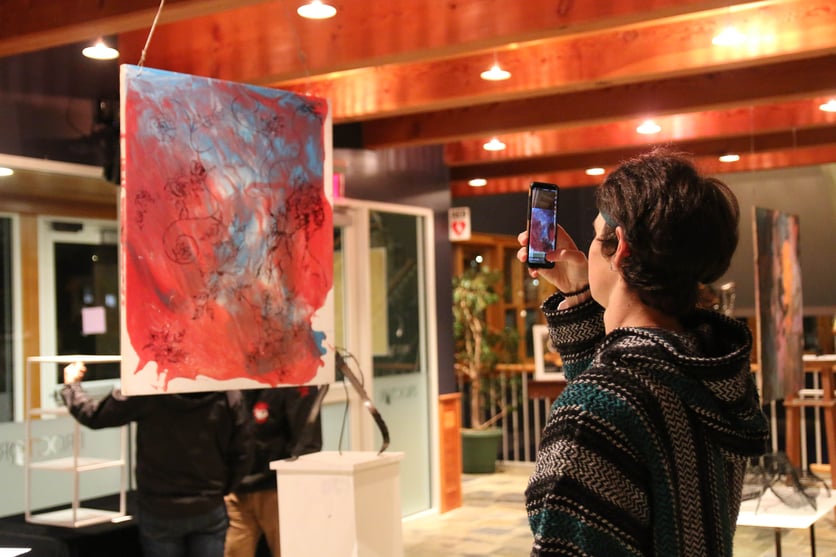 A packed house at last Friday’s performance of The Enchanted Bookshelf provided an audience for the hard work of acting class students. The cast also performed at Lempster Elementary School and hosted the entire student body from Andover Elementary and Middle School on Tuesday. The show received rave reviews from those who attended, including non-stop commentary on how much fun it was to watch from the first and third graders in my house. You can re-watch the show here! 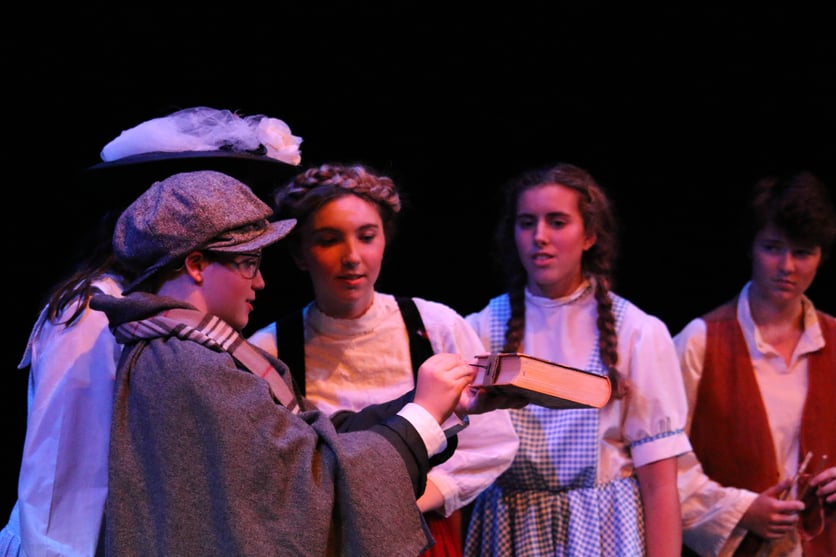 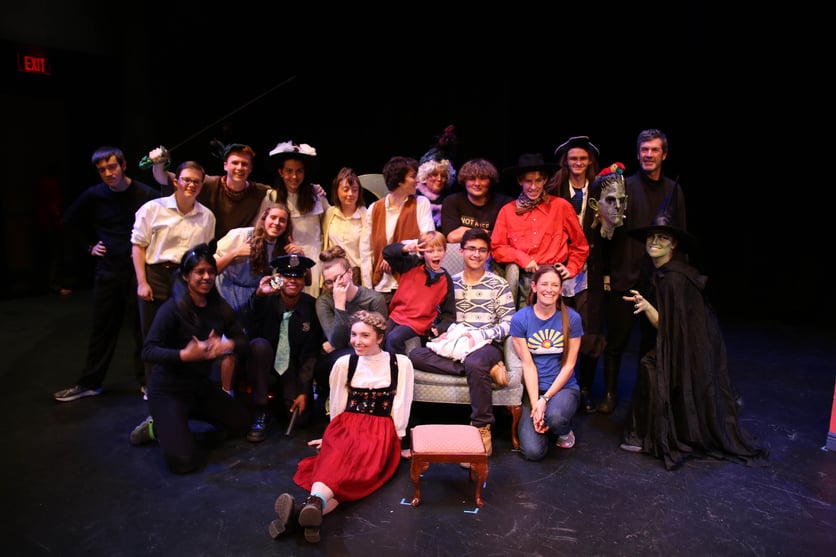 Last night, the dance team hosted their fall recital in front of yet another packed house. Their hard work and dedication to their craft over the past nine weeks was on full display as student choreographed dances were interspersed throughout the show. Not a required event, and yet the theater was full. The audience respectful despite palpable energy in the room. This is what this final week of the term is all about: supporting those around you in their pursuit of what sets their soul on fire. 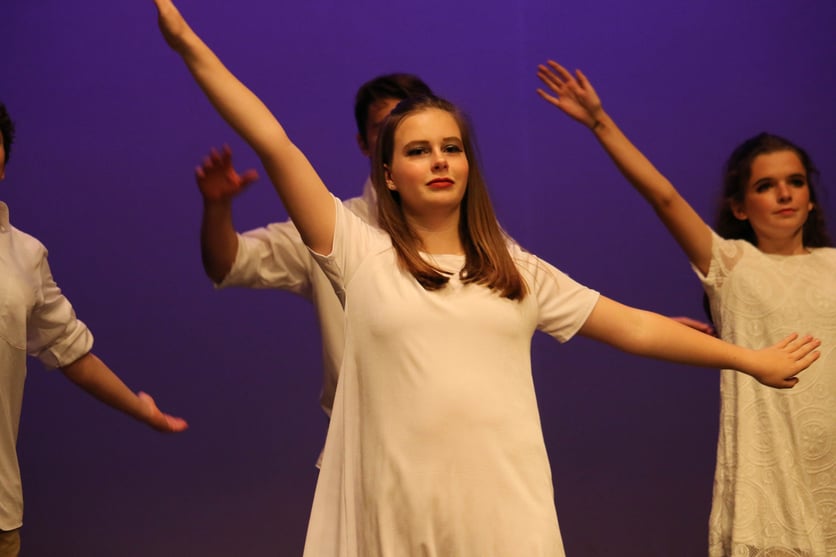 Tomorrow night, following team dinners/desserts, we will host our third bi-annual Innovation Night in the Wise Center; another opportunity to see first hand the work being done by students in Social Entrepreneurship, Engineering, and Honors US History. The theme of community support will continue right into assembly tomorrow and Friday where banners will be presented (students and faculty were hard at work this morning during free blocks) in a competition and faculty will wear retro school uniforms to school on Friday. 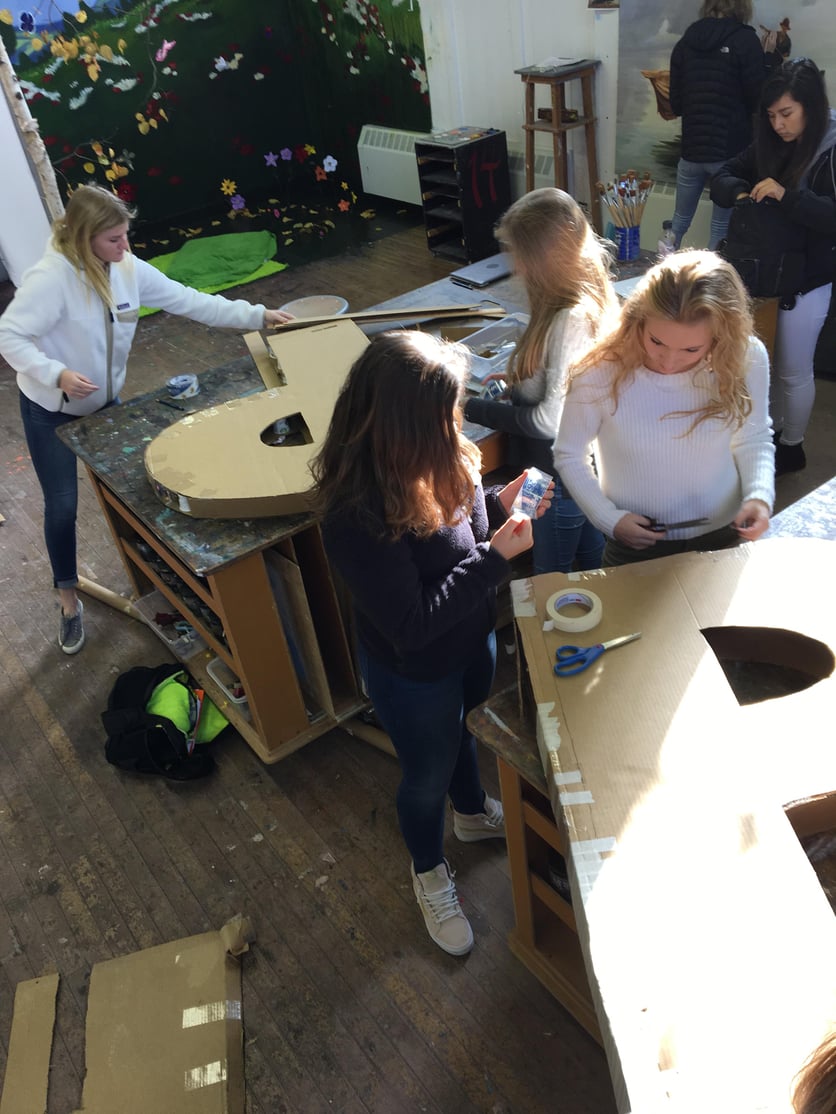 Throughout much of the 1980s and 1990s, the phrase 'Together' was listed as Proctor's unofficial school motto. Old Wilderness Orientation t-shirts and athletic gear can still be seen around campus with the phrase in large block print. The tagline is on the rotating banner images on our homepage. It is who we are. We live this life at Proctor together as a community, and during the end of each term we come out and support each other on each of our respective stages. This weekend that stage will be the frozen tundra of the athletic fields, the Wise Center where the Jazz/Rock Ensemble will perform Saturday night, and the Stone Chapel where the Vocal Music Ensemble will perform Sunday afternoon. Regardless of the stage, we will be there supporting each other, showing our school spirit, creating the supportive environment in which both students and faculty thrive. 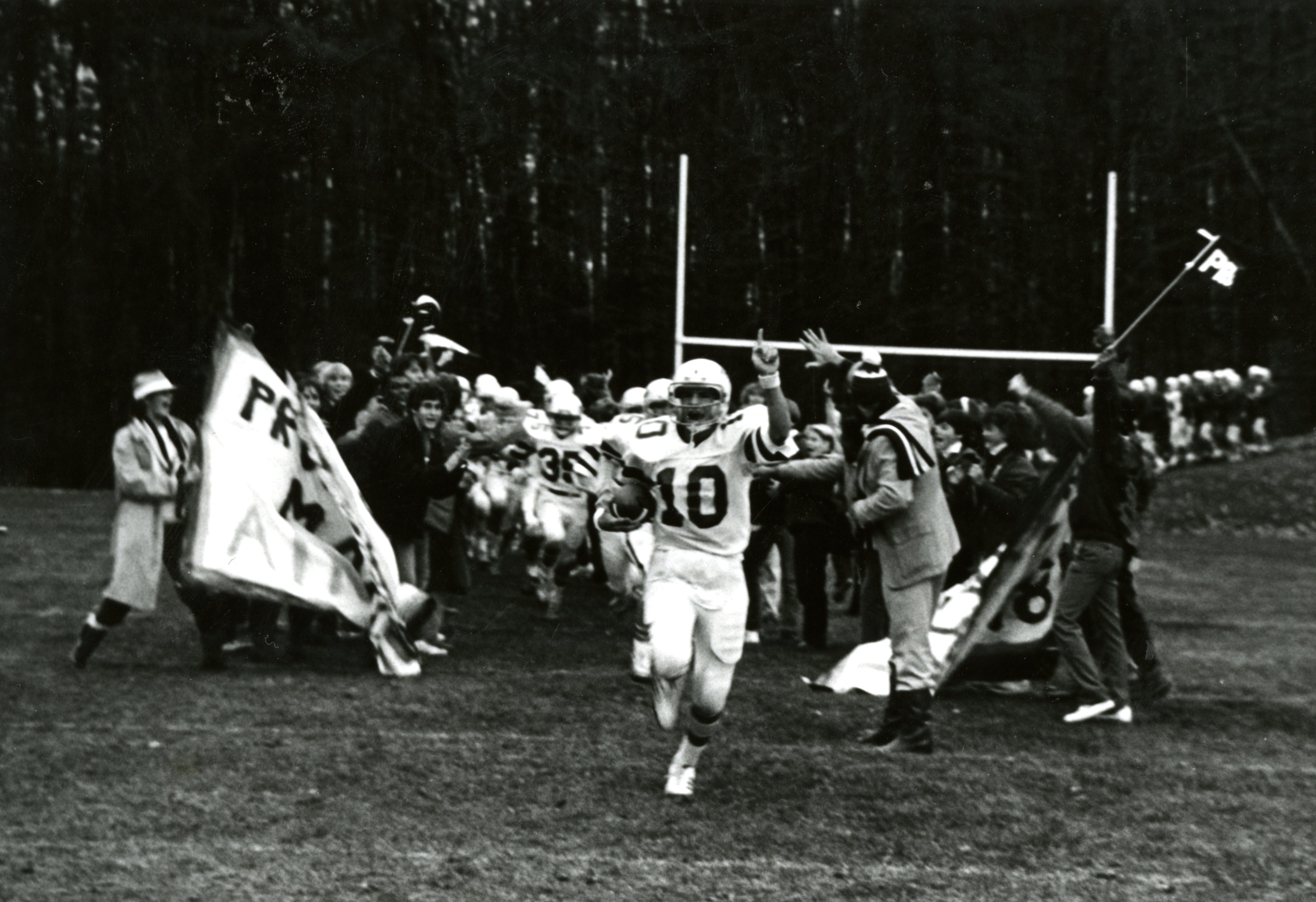