The Very Best of Proctor: Dedicating the Johnson Family Sugarhouse

The Proctor community is the best. Period. We know we may possess a bit of bias, but time and time again we are reminded of the strength of this community as we attempt to navigate the messy, painful reality of life. Tuesday afternoon was another powerful reminder of why we choose to live, work, and learn within the Proctor family.

Eric Johnson’s relationship with the Proctor family began in 1985 when he arrived on campus as a student. Over the past thirty years, his journey has shared a few common themes: a passion for experiential education, natural resources, and family.

Eric studied off-campus twice as a student at Proctor, matriculated to St. Lawrence University where he studied abroad in Kenya before graduating and working for NOLS for two years. After returning to Proctor in 1992 as a Mountain Classroom instructor and eventually as a classroom teacher, he would marry his wife, Heide, with whom he has raised two wonderful daughters. He has learned timber framing, built his own house, run his own timber services company, started Tucker Mountain Maple, LLC, and become Program Director for the New Hampshire Timberland Owner’s Association. Along each of these stops, Eric has inspired those around him with his generous spirit, positive attitude, and uncanny ability to get others as fired up about his passions as he was.

In 2012, Eric’s path took yet another turn when he was diagnosed with ALS at the age of 41. Amy Makechnie P’17, ‘19 wrote a wonderful piece on Eric’s journey with ALS for Kearsarge Magazine you can read here. Over the course of his battle with ALS, Eric has been a pillar of the Proctor community by refusing to allow his diagnosis to change his impact on others.

When Dave Pilla began thinking about a renovation to the Proctor Sugarhouse this past summer, Brooks Bicknell realized it was a perfect opportunity for his Architectural Design class to take on the project. What better way to learn about architecture and building than through actually deconstructing and rebuilding a structure with your own hands? See Brooks’ class in action here! 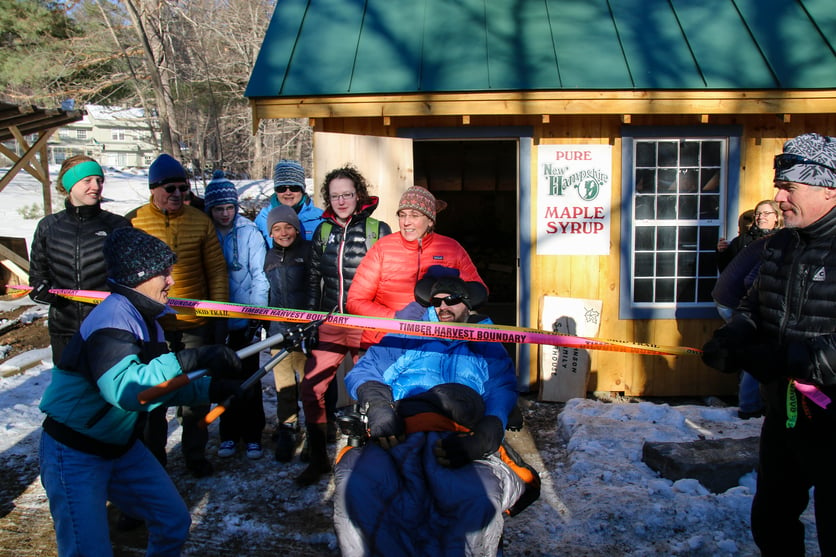 Through the support of the Johnson Family, the Proctor Sugarhouse would transform from a little red structure with a dirt floor and rotting sills to the beautiful building it is today. Students in Brooks’ class led the charge this fall, but it was a team effort including Paul Meyerhoefer pouring the concrete slab to perfection, Jeff Sweet helping with excavation as the footprint grew, and Greg Allen and Dave Pilla pitching in countless hours with Brooks to finish the project during winter break. 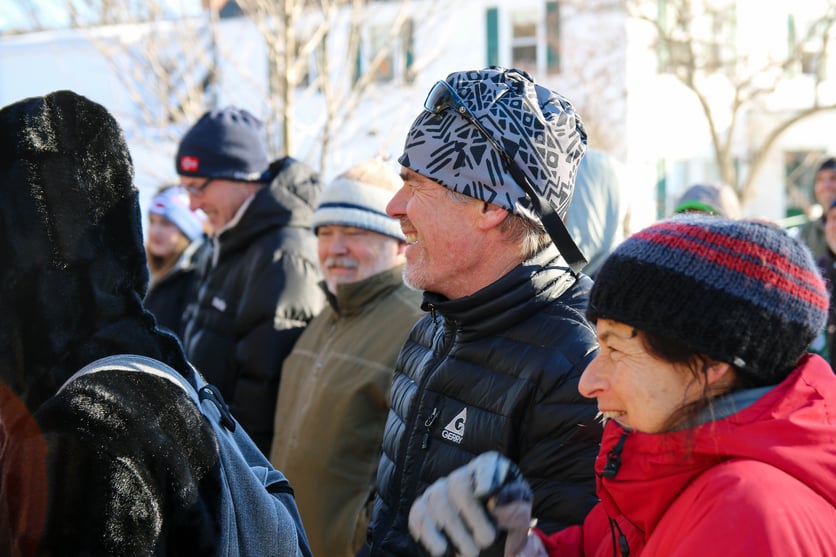 On a frigid Tuesday afternoon, more than a hundred members of the Proctor family (alumni, former faculty and staff, and friends of the Johnson family) gathered outside the newly renovated sugarhouse to dedicate it to the Johnson family. Head of School Mike Henriques shared, “This project represents the very best of Proctor; experiential learning, teamwork, family. It is a soul corner of this campus where relationships are built and sustained through learning.” 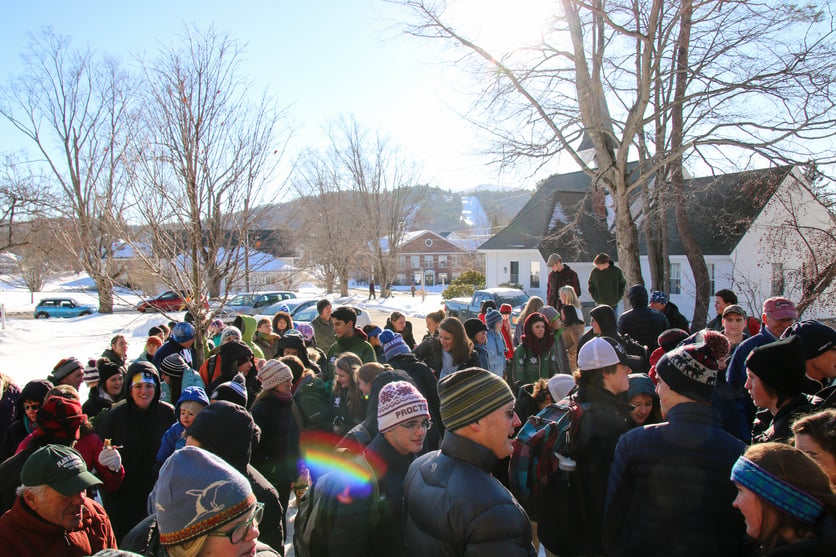 The very best of Proctor. That short phrase may seem cliche, but when Mike shared those words, there wasn’t a soul present who didn't know what he meant. The very best of Proctor occurs each day, sometimes in public moments like the sugarhouse dedication, but most often in quiet, uncelebrated moments. It is present in that really tough conversation with your advisor after assembly, that talk about life you end up having with your coach on the bus after a tough loss, in the seemingly endless hours crossing west Texas on Mountain Classroom when you realize you can be vulnerable, and it’s not the end of the world, and most certainly gathering sap to boil at the sugarhouse. The very best of Proctor occurs when hands-on, experiential learning meets authentic relationships. It happens because of people like Eric who remind us to be real with each other, even when it hurts.

Thank you to the Johnson Family for sharing their journey with all of us and for providing a physical place for the very best of Proctor to happen each day during sugaring season. Afterall, as Eric attests, all of the world’s problems can be solved talking around evaporating sap in late March.